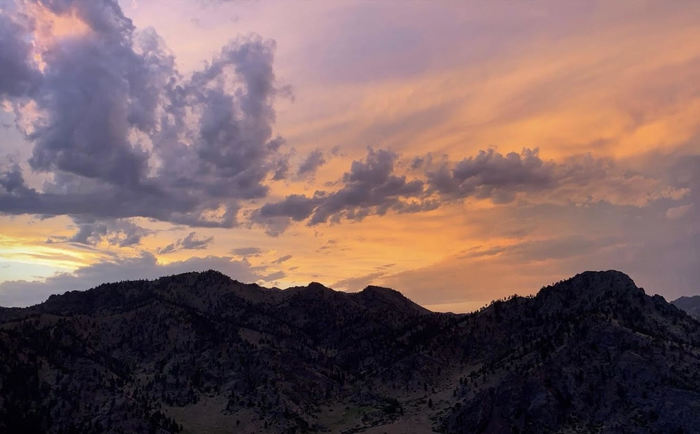 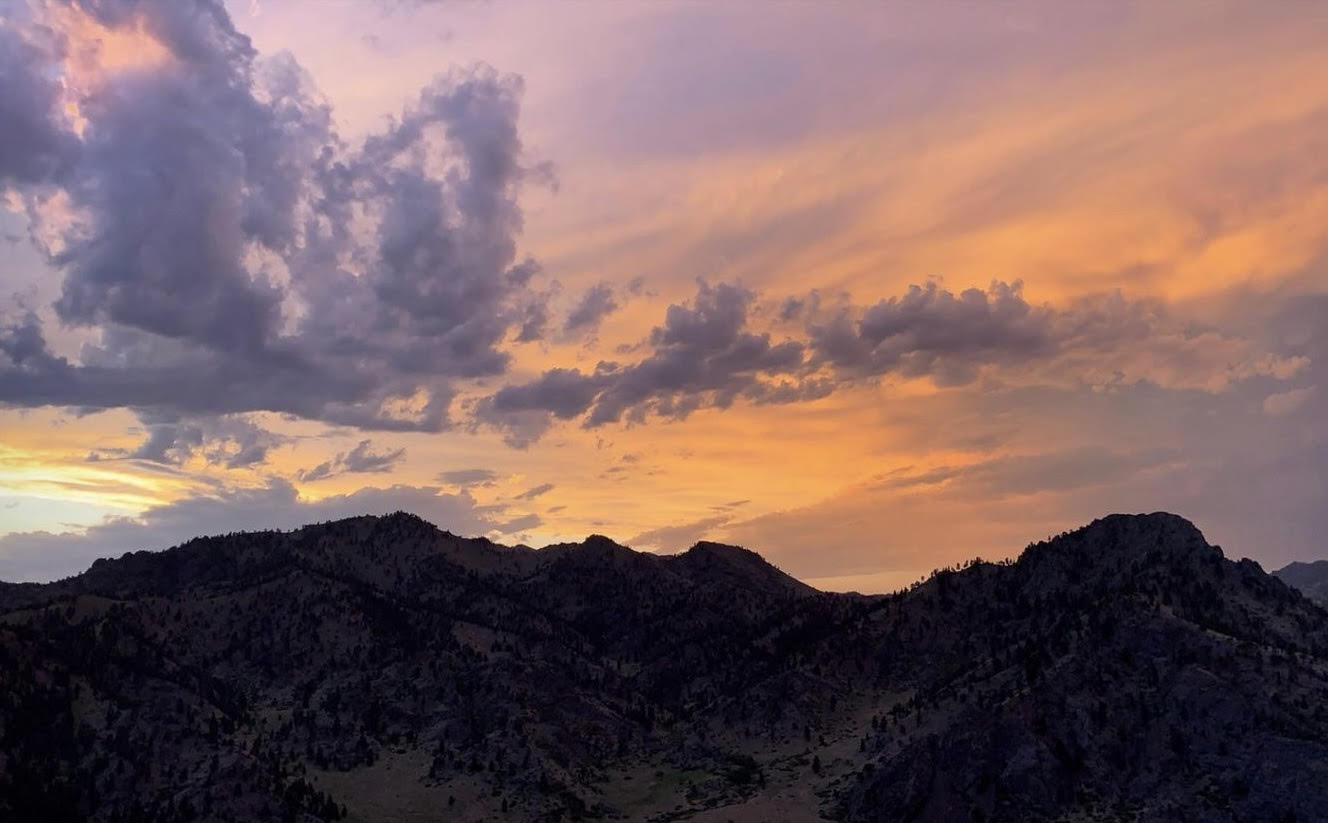 Bode Miller stated there had not been much innovation in the world of ski equipment, something he aims to change. Bozeman’s Four Corners area is the headquarters for a new ski line launched by the former ski racer and Olympic gold medalist. The new line is called “Peak Ski Company” and plans to begin selling two lines of skis, one aimed at front country skiers and the other aimed at backcountry skiers. Miller and Andy Wirth (co-founder and business partner) announced the company’s launch at its headquarters at 245 Quail Run Rd. The location is still undergoing renovations, but upon completion, it will have a showroom for the skiers and a development facility called “Peak Development Group & Innovation Center.” Skis will be up for sale starting in July; however, beginning this week, people can “reserve” their desired ski with a $50 refundable deposit on the company website. [Bozeman Daily Chronicle]

Construction is underway on the long-awaited new aquatic center in Great Falls, the “Aim High/Big Sky Indoor Aquatics & Recreation Center.” The ground-breaking ceremony was held in September 2021, but construction recently began, including digging a hole for the pool. The facility is a joint project between the city and Malmstrom Air Force Base and is designed in part to replace the old Natatorium, which closed in 2018. This location will provide recreational opportunities for the community and serve as a training facility for airmen from Malmstrom Air Force Base and the Montana Air National Guard. The facility will include two indoor pools, one for laps and the other for recreation, and will have a waterslide and lazy river. The gym will feather a full-size basketball court and second-floor running track. [KRTV]

Tony Hawk spent 30 minutes explaining to the crowd of more than 1,500 people how passion is more important than talent for those working to find success. Hawk grew up in San Diego, where he hopped on his first skateboard at the age of nine - and immediately crashed into a fence. Shortly after, Hawk discovered skate parks and empty pools, which ignited his passion for skateboarding that still stands today. Hawk described how he was not a natural on a skateboard but had resilience and grit that stopped him from giving up. He turned pro at 14, and by the early 1990s, skateboard’s popularity began to wane, and at the age of 24, Hawk channeled his energy into a business. He launched Birdhouse Skateboards when skateboarding was at its lowest point. Shortly after, ESPN launched the first X-Games and invited Hawk to participate. In retrospect, Hawk shared that he is amazed that the sport he loved as a teenager has given him access to many different worlds and a career that he is delighted with. Hawk closed by saying, “Do what you love. It’s worth it.” [Billings Gazette]

Last week, photographers across Montana were presented with the opportunity of a lifetime as the northern lights danced in the sky and were more apparent than in previous years. “All I can say is that it was epic. It was so beautiful. I knew we were going to have a little bit, but I did not expect as much as that,” said Rosebud photographer Sarah Sleaford. Sleaford has been taking photos of the night sky near Forsyth since 2015, but she had never seen anything like the most recent light display. For the first time in two years, the perfect weather conditions presented themselves. There were no clouds, and the moon did not take away from the beauty. [KBZK]

The Hi-Line Climbing Center hosted a fundraiser to benefit Family Promise of Great Falls on Saturday, April 9, an event organized by the Great Falls Association of Realtors. Family Promise is a non-traditional, non-emergency homeless shelter and services provider that serves north-central Montana intending to end childhood homelessness one family at a time. GFAR spokesperson Beth Blessing explained, “As realtors, housing is a big issue for us in our everyday lives, so being able to have a fundraiser that supports the community finding housing in a positive way is so amazing.” Family Promise was negatively impacted by the pandemic in that it was much harder to match families experiencing homelessness with churches or church members during that time. Family Promise is working hard to get back to where they were. [KRTV]

Tom Dean’s latest project is a six-foot-long trout made using a chainsaw. If you visited the Home & Garden Show, you might have noticed the chainsaw-wielding artist cutting wood. Dean was sponsored to attend the event by North 40 Outfitters, who noted that lumber for the project was donated by Johnson Madison, and the sealer was donated by Schmidt’s Auto Body. Dean shared, “It was challenging. Carving with a chainsaw is completely different than what I use. You have your ear protection on. You kind of focus strictly on the fish and kind of blank out everything else.” Dean is happy to see that little kids attend the Home & Garden show, showing that it can be enjoyed by all ages. The carved, wooden fish will be donated to the Paris Gibson Square Museum of Art to display another local artist’s work in their venue. Sara Justice, director of the museum, stated, “I think it’ll be a draw to people that come in whether they come from out of state to the museum or it’s just local community members. I think they’ll get a lot out of it.” [KRTV]

In January, KRTV gave out thousands of books to students from Sunnyside Elementary School in Great Falls as part of the annual “If You Give a Child a Book…” campaign. Thanks to a recent generous donation from the Great Falls Elks lodge, KRTV already has a head start on next year’s campaign. The Elks Lodge presented a check for $1,000 to KRTV to assist in putting books in the hands of low-income students in Cascade County. The donation is part of the literacy campaign, which included $4,500 to the Great Falls Public Library earlier in March. “One of the things that is important is creating our leaders for tomorrow and making sure they get a good education,” said spokesman Glenn Christiansen. “And to get a good education, you need a good literacy program. So, one of the things that’s important to us, is giving back to the youth and making a difference in our community.” [KRTV]

Sliters Lumber and Building Supply, Lowe’s, and Glacier Restaurant Group have been selected as the Flathead Job Service Employer Council’s 2022 Employer of Choice Award Winners. These businesses were chosen from 90+ nominations representing over 35 businesses in Flathead County. Sliters Lumber and Building Supply won the small business category for the second year in a row, a category that includes companies with up to 50 employees. Lowe’s, who won in the medium business category, and Glacier Restaurant Group, who won in the large business category, earned their first Employer of Choice Awards. Employers are nominated by their employees who have experienced an excellent work environment. Nominations are evaluated according to four criteria: employee benefits/initiatives, leadership and workplace culture, employee training/development, and community orientation. Winning employers will now be nominated for the Montana State Employer of Choice award. [NewsBreak]

Looking to see broadband reach rural areas of Missoula County, commissioners are backing a grand application from Charter-Spectrum as it eyes funding from the Connect MT grant. The state set aside roughly $266 million from its share of the American Rescue Plan Act passed by Congress, and broadband awards are expected to be announced in June. [KPAX]

The Montana State University Alumni Foundation is seeking an Executive Assistant to the President & CEO. This position is responsible for providing advanced, diversified, and confidential secretarial and administrative support to the Alumni foundation's President & Chief Executive Officer and the Alumni foundation's Board of Governors. Broad experience, competencies, and knowledge of organization policies and practices are required. If you would like to learn more about this position or apply, do so on our website here.