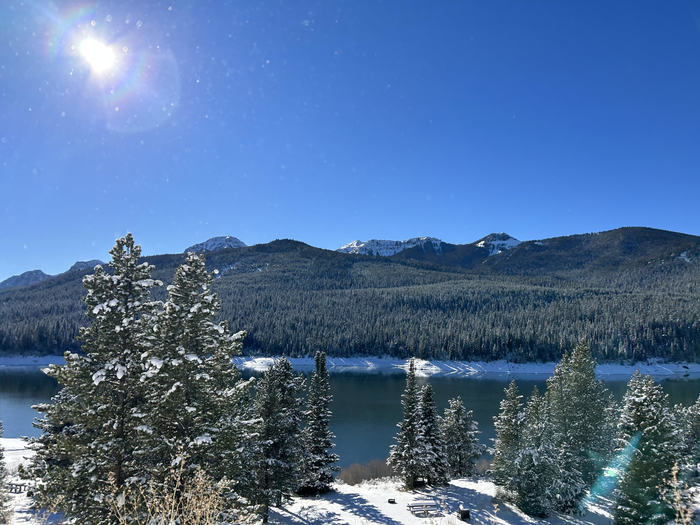 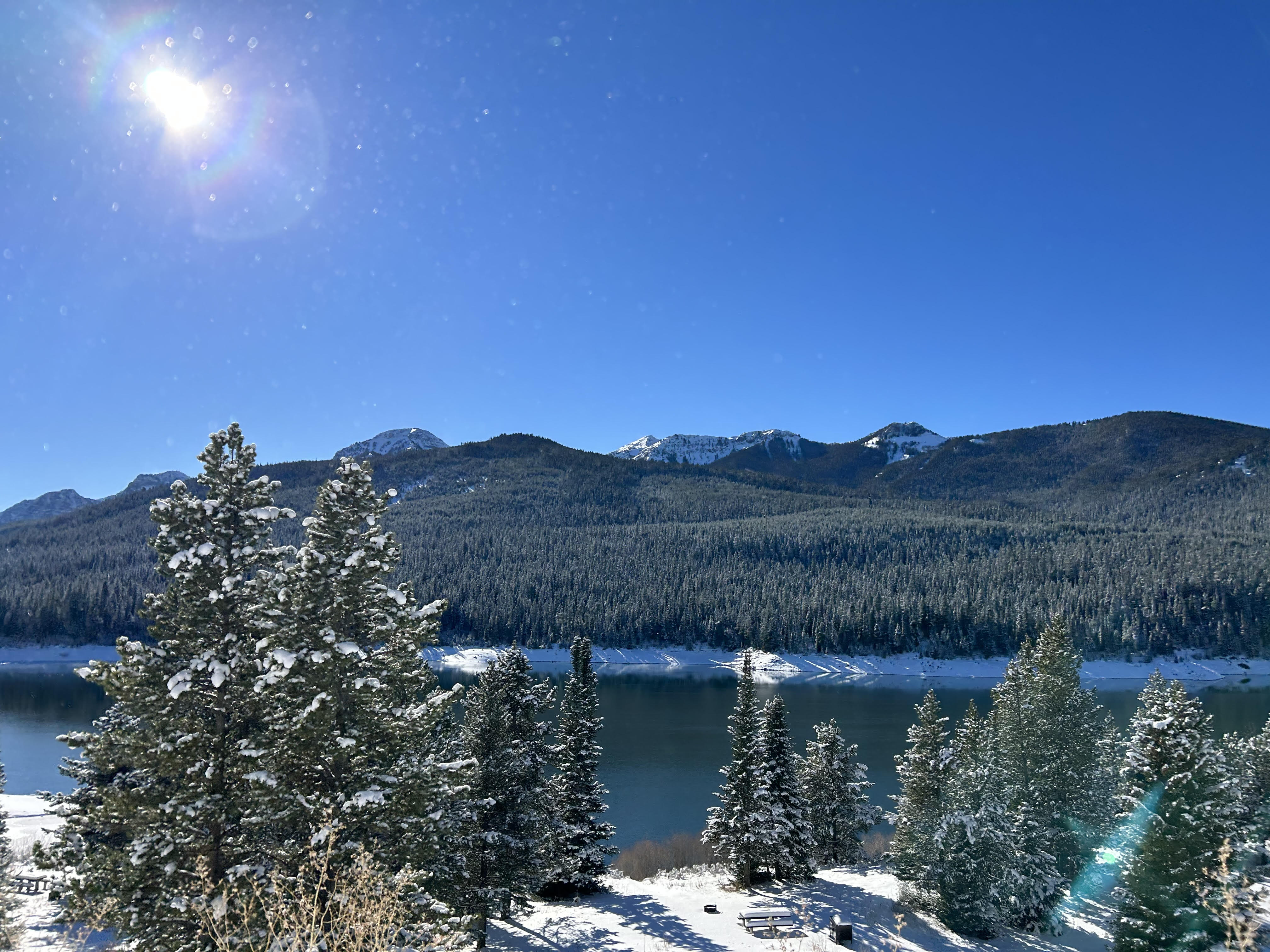 MSU selected five women to join the list of ‘extraordinary, ordinary women’ as the university prepares to celebrate its 130th anniversary next year. In November, MSU put out a call for nominations of women who have been important to the university’s history. This list is an expansion of the 125 women recognized during the university’s 125th anniversary in 2018, where they received around 400 nominations. The second round of nominations saw 73 women recognized for their “impact on the status of women and evidence of inspiring others by example,” shared the university. The women who were recognized include: Sarah Vowell, Ann Ellsworth, Alma Knows His Gun McCormick, Celia O’Connor, and Martha Potvin. [Bozeman Daily Chronicle]

One of Montana’s oldest steakhouses will reopen soon

In September 2021, the LaHood Park Steakhouse in Cardwell, Montana was destroyed by fire. The steakhouse was a huge part of the community and a favorite of locals. Since the fire, owners have been carrying out plans to rebuild and open, which is finally here. The steakhouse plans to open before the end of the year, as the owner and his son helped rebuild and have high hopes for the new building. The steakhouse will feature pure Angus beef, seafood dishes, and possibly pasta dishes. The original building was established in 1928 and is one of the oldest restaurants in the state. [KMMS]

MSU’s $78 million Student Wellness Center construction is on budget and on schedule. The new facility broke ground in September 2021 and is scheduled to finish by the end of 2023. The building is 150,000 square feet and will house fitness facilities, an aquatic space, an expanded climbing wall, and combined spaces for mental and physical health services. The new building will be larger than the previous gym and house University Health Partners, counseling services, and laboratories for the College of Education, Health and Human Development courses. [Bozeman Daily Chronicle]

With the first phase of the new passenger terminal open in Missoula, Montana, the airport has seen two straight months with record passenger numbers. Airport Director Brian Ellestad shared that September and October surpassed figures logged back in 2019, which was a record-setting year for the airport. Nearly 40,000 passengers departed from Missoula’s airport in September and October, marking a 3% increase from 2019. Travel is not anticipated to remain this high through the year’s end, but travel is trending high, and airplanes are leaving Missoula at near capacity, averaging 90% on average. [KPAX]

The 42nd annual Christmas Stroll happened on December 3rd in downtown Bozeman. Many locals consider this to be the “kick-off” to the holiday season and stroll down Main Street to see the holiday lights, visit vendors, and stop in to buy Christmas presents at the local stores. The annual event is free, but every year attendees have the option to purchase a $4 button for the event. The stroll button shows that you have given back to the event and make the following years possible. [KMMS]

Kirk’s Grocery is a store on the southern side of Billings that is now a music and art venue and even a place of belonging to a vast group of people. Billings native, Shane Deleon, owner of the store, re-opened the building for business after touring in Europe as a musician. Deleon said he played many shows in squats, which are venues set up in historical, abandoned buildings. According to Deleon, these places created an environment where art interacted with everyone, something he wanted to replicate in Billings. He shared, “I think grocery has grown into a community center, which many wasn’t trying to do…Kirk’s exists because of the economics of the southside, this building is cheaper to lease than a block and a half from here on the other side of the track.” With a gallery and record store in the front and a kitchen combined with performance space in the back, Kirk’s was a great place for small events. Over time, Deleon says the store has grown into something even more utilized and special to the community. [KULR8]

Christmas decorating has officially begun in Bozeman. The Lewis and Clark motel on Main St. in Bozeman has quite the impressive nutcracker display for the holiday season. William Sebina built the Lewis and Clark motels in Bozeman and Three forks, with the Bozeman location opening in 1976. The nutcracker collection, 598 total, is a labor of love and takes over 60 hours to set up and 60 hours of time to take them down. There is a self-guided tour that includes a brochure with information on the grand display. There are 22 different displays representing countries all over the world via different themes and colors. The tour is free and includes complimentary beverages and treats along the way. [KMMS]

The Alluvion Health Foundation in Great Falls has more money to help address autism needs in Great Falls thanks to a generous $10,000 donation from Stockman Bank. The money will be part of the #350,000 that the foundation is trying to raise to buy a mobile autism unit, which will provide free and low-cost services to those with autism. “There are no autism services here in Great Falls, so to make any sort of diagnosis for any family, they have to travel to Billings or Missoula. There’s a two-year wait list for something like that. So any kind of investment we can make her our community, families, don’t have to travel. They don’t have to wait two years,” said Teresa Schreiner, director of the Alluvion Health Foundation. [KRTV]

Stephanie Kazior of Great Falls has been ice skating since she was a little girl. “The ice, this beautiful place, is the one place that I, personally, am not thinking about the struggle at work or my family problems or the financial woes of today,” shared Kazor about the ice a the Great Falls Ice Plex. She is the president of the Great Falls Figure Skating Club and also works full-time as a police officer. That, along with the work she did to help keep the club from ceasing to exist, is what got her chosen to be one of eight people, selected from hundreds of candidates nationwide to be in the U.S. Figure Skating Association’s latest group of Get Up Ambassadors. "Part of this Get Up Ambassador is the mental challenges that we overcome, the physical challenges that we overcome, and the motivation and perseverance to just get on the ice. If fear is holding you back, come talk to us. We will walk you through that pathway to get you onto the ice,” said Kazior. She added that she would not be where she is today without the community partners who have helped her along the way, including businesses and the Great Falls Police Department. [KRTV]