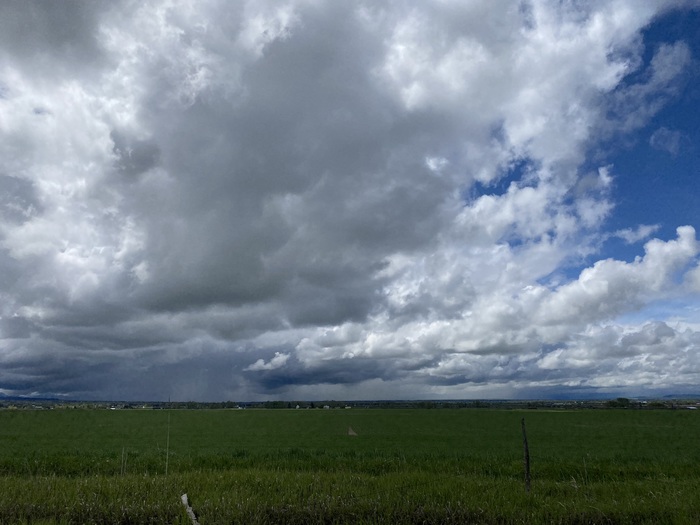 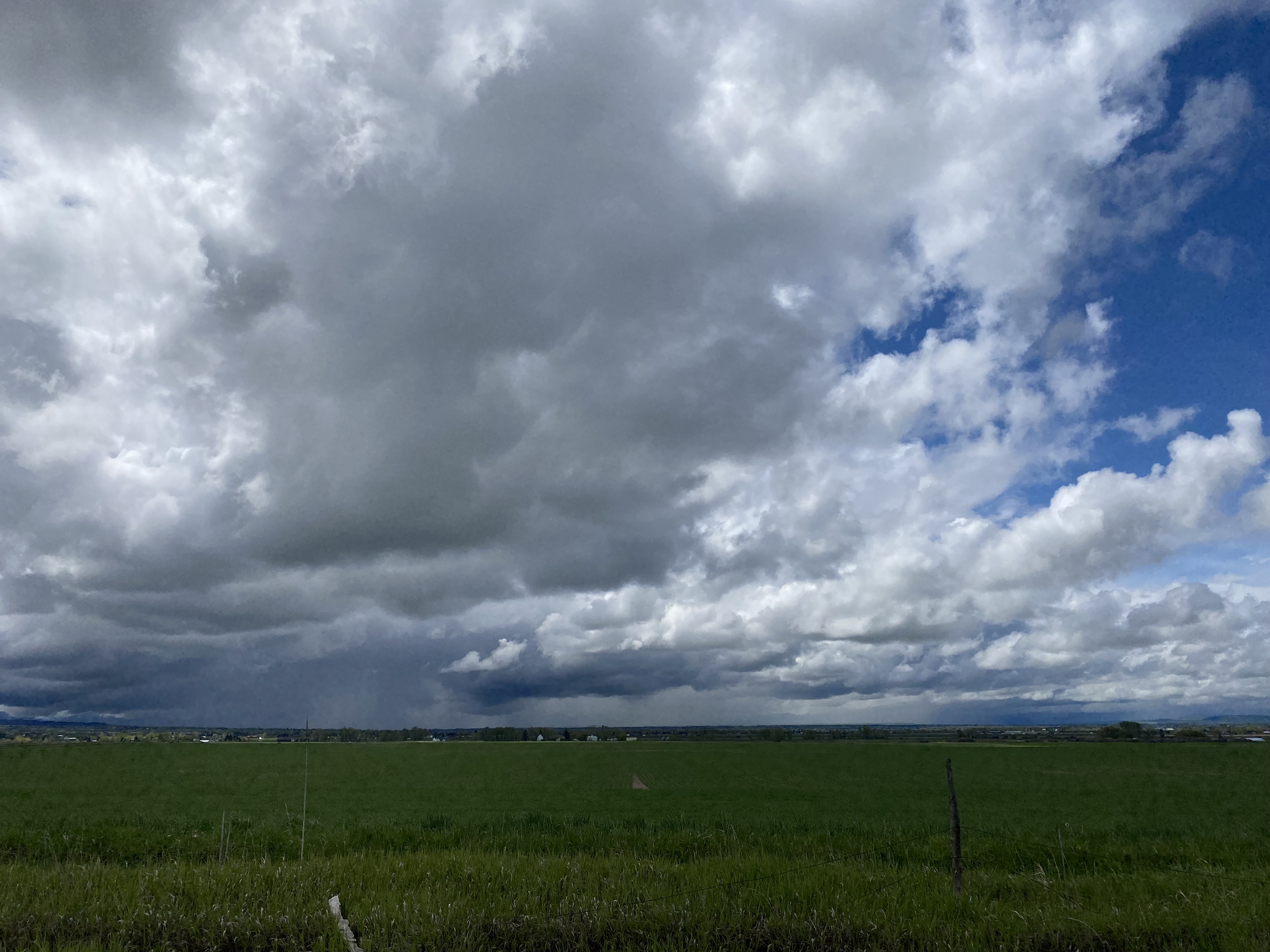 Anaconda keeping up with business and population boom

Anaconda is quickly growing with new businesses and population growth that it has not seen since the 1980s. Adam Vauthier, executive director of Discover Anaconda shared, “Today there’s a lot of success that you can see in all of the retail shops and restaurants and bars and businesses that are opening up in the downtown area.” Discover Anaconda has been working hard for the past decade to run programs that move businesses into storefronts and make sure needs are met to start businesses. Anaconda Bicycles is a new business that opened in the downtown area. Emily Adams and her fiancee Matt Jhonson moved to Anaconda a few years ago for work and saw an unmet need for a shop that has bikes, parts, and services. They decided to open a shop to share their love of bikes with the community. [KTVQ]

Montana Shakespeare in the Parks to open 50th season in Bozeman

In celebration of its 50th season, Montana Shakespeare in the Parks has announced its summer tour season, which will open in Bozeman with performances of “King Lear” on June 15-18 and “Twelfth Night” on June 22-25. The troupe will travel nearly 7,000 miles this summer through Montana, North Dakota, Wyoming, Idaho, and Washington. Each of their performances is free and open to the public. Kevin Asselin, MSIP executive director shared, “We couldn’t be more excited to be back on the road performing for audiences and inspiring everyone with a passion for Shakespeare’s great works. It’s going to be a remarkable 50th season, where audiences can discover these magical tales of tragedy and love for themselves.” [Montana State University]

Opened to the public in 2016, Tippet Rise has welcomed guests from across the nation and around the globe to enjoy concerts by world-renowned classical musicians and large-scale outdoor sculptures. Tippet Rise is a unique Montana space for the arts that has been featured on PBS NewsHour, listed as one of the “World’s 100 Greatest Places of 2018” by TIME Magazine, and covered in magazines and newspapers from around the world. OLLI at MSU is  a program of Academic Technology and Outreach (ATO) that works to support and advance MSU’s land-grant mission through unique and innovative opportunities for engagement and outreach. [DowntownBozeman.org]

Rnfodymbionts are little critters that live inside the cells of other organisms. Brandon Cooper, a University of Montana evolutionary geneticist recently earned a $1.5 million grant from the National Science Foundation to study these organisms, specifically how they interact with their hosts and the environment, which could help improve health for much of the world’s population. Cooper’s rising achievements at UM can be seen through his previously earned $1.8 million Outstanding Investigator Award for early-stage researchers from the National Institutes of Health, and his collaboration with UM professor Jeffrey Good and other faculty at UM who brought in about $1.5 million from NIH to work on SARS-CoV-2 surveillance and evolution in Montana. Cooper shared, “I am a first-generation college student myself, and I hope to make science and STEM careers more accessible to students from traditionally underrepresented backgrounds” [University of Montana]

The official in charge of spending dollars from the Great American Outdoors Act is encouraged to see how hundreds of thousands of dollars are going to be spent to help with the recreation boom in Montana. Dr. Homer Wilkes wrapped up his week-long tour of the United States Forest Service (USFS) operation in Western Montana. His visit comes as the United States Department of Agriculture announced more than $500,000,000 to be released for projects including money for the 3,200-acre Pattee Canyon Recreation Area, bringing the total to almost $300,000 in the past two years. This money will be used to pay for a new pavilion at the group camp, roadwork, trails, and other infrastructure. [KTVQ]

Samantha DeRosia is the owner of “A Golden’s Love,” a candle company with a variety of hand-crafted scents. The company name comes from her two golden retrievers, Zoey and Littles, who passed away shortly after Christmas last year. To remember her pets, she decided to combine her passion for creating candles while adding her dog’s paw print to her products. DeRosia shared, “I started messing around with the Cricut machine, and found out that I was able to take her paw, which is a Golden Retriever paw, and downsize it to just under an inch so it can go on everything I make.” She runs her business from home, selling her products via Etsy and her website. [KTVQ]

The town of Ronan hosted the third annual Chainsaw Carvers Rendezvous this week with nine carvers in attendance to showcase their art. Carvers hard at work made sculptures for sale and auction, all while showing off their passion. Of the carvers, five were from Montana, and each carver worked on their own large project to be auctioned off. The designs were all unique, but most were made with the goal of representing Montana in some way. Hosted by the Ronan Chamber of Commerce, local vendors also attended as the carvers worked. Julie Zimmerman from Missoula has been to the event twice, saying the supportive community is what makes the event special, “It’s awesome to be a woman and be invited back for a second year and compete with all of the men. Everyone’s very nice.” [KPAX]

Out and about: discovering dinosaurs in Montana

Montana is one of the best places in the world to dig for dinosaur bones. The bones of several dinosaurs were just discovered in Musselshell County, “There’s literally stuff just falling out the hills every day here,” shared Tom Hebert with the Earth Sciences Foundation. The foundation led the dig where Roundup resident, Eric Eliasson found the first fossil while out hunting for rocks on the property of a local rancher. Eliasson shared that at first, he did not know what he had found, but through Google searches, he discovered Hebert with the Earth Sciences Foundation, a nonprofit organization that tries to connect the average person with the anything-but-average dinosaur. Over the past month, Hebert and a team of volunteers have discovered the bones of more than half a dozen prehistoric creatures including the tooth of a T-Rex and the rib of a triceratops. [KPAX]

Overcast skies and scattered rain showers did not stop people from coming to see the world’s largest farm tractor in Havre earlier this month. For the past 15 years, the North Central Montana Everything Antique Show has displayed old engines, vehicles, and farm equipment. This year, Big Bud, the world’s largest farm tractor made an appearance. Wally Duchscher is part of the Montana Antique Enthusiasts and the tractor holds a special place in his heart, as he was there when it was built. “The engine in the tractor is a Detroit engine, 16 valve. It was built in the late ’70s. The engine was originally built for submarines. It means a lot to me, I worked at Bug Bud and I was there when they built this tractor. I watched it being built from the ground up,” shared Duchscher. The show has gotten bigger over the years, and they always want to make it free for the public to display some of the industry’s history. [KBZK]

If you find yourself in Uptown Butte, you may notice that Montana Street looks a little greener. For decades, the volunteer organization Mainstreet Uptown Butte has been dedicated to preserving the historic Uptown streets. Fifty trees have already been planted, and 22 more were planted earlier this month. As many as 1,000 could be planted in the next five years. George Everett, the executive director of Mainstreet Uptown Butte shared, “We’re hoping over five years to plant about 1,000 trees. We’ll be planning for a fall planting, and then we’ll continue on in future years until we don’t have any place left to plant a tree.” [Montanarightnow.com]

Aaron Kindle was butchering a cow elk back in 2007, when he noticed there were tiny fragments of lead in the shoulder where the bullet had passed through. Kindle found this ironic as he hunts in order to feed his family good, clean meat, and the idea of lead poisoning was a tough pill to swallow, especially as his wife was pregnant and his son was two years old. One year later, Kindle switched to copper bullets and found great success. He saw the value in the switch and realized he also did not want wildlife to consume lead. Earlier this month, Kindle and other hunter advocates gathered at the Park County Rod and Gun Club in Livingston to compare the performance of lead-based and copper-based bullets. The National Wildlife Federation is working with hunters and anglers to share resources and promote information about alternatives to lead shot bullets and tackle. [Bozeman Daily Chronicle]

Industry Bozeman, which will be a multi-tenant office building, recently broke ground on MSU’s Innovation Campus off West College Street. Industry is a Denver-based company that designs and leases large shared office buildings. The $30 million, 87,000-square-foot space is scheduled to open in August 2023. Speakers at the event, including Governor Greg Gianforte, MSU President Waded Cruzado, and Bozeman City Manager Jeff Mihelich donned blue and gold hard hats for the ceremonial photo. Cruzado shared that she hopes the Innovation Campus and companies like Industry will provide jobs for graduated students. [Bozeman Daily Chronicle]

The new passenger terminal at Missoula Montana Airport began operations earlier this month, capping several years of construction that endured a global pandemic. The project commenced in 2019 with work on the old terminal’s western wing and took nearly three years to complete. Airport officials believe it will elevate the passenger experience to and from Missoula. “The terminal expansion was designed with the passenger experience in mind,” shared deputy airport director Tim Damrow. “We are proud to offer a beautiful, welcoming space for travelers to depart or arrive in Missoula.” The new space spans three floors and includes the latest technology, including improved wi-fi and energy-efficient upgrades. The space encompasses 60,000 square feet and offers more room for passengers with four holding rooms. [Missoula Current]

Anderson ZurMuehlen is an accounting and business advisory firm with headquarters in Helena, MT and 6 other locations across the state. Anderson ZurMuehlen was recently named as a 2021 Inside Public Accounting 200 firm, and a 2021 best firm for technology.  The company and its employees have a strong reputation for integrity and the company has confidence and respect for all of its employees. Anderson ZurMuehlen is currently hiring for three positions. The two Bozeman positions they are seeking include a Senior Tax Accountant and a Tax Accountant Supervisor and the position they are seeking for Billings is a Senior Tax or Attest Accountant.