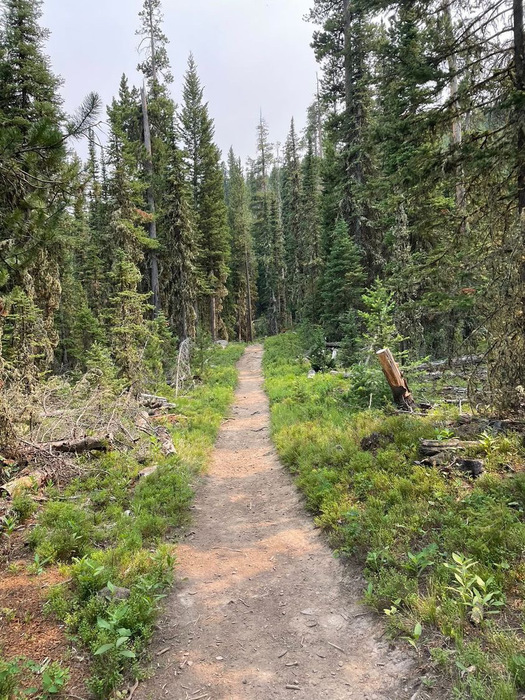 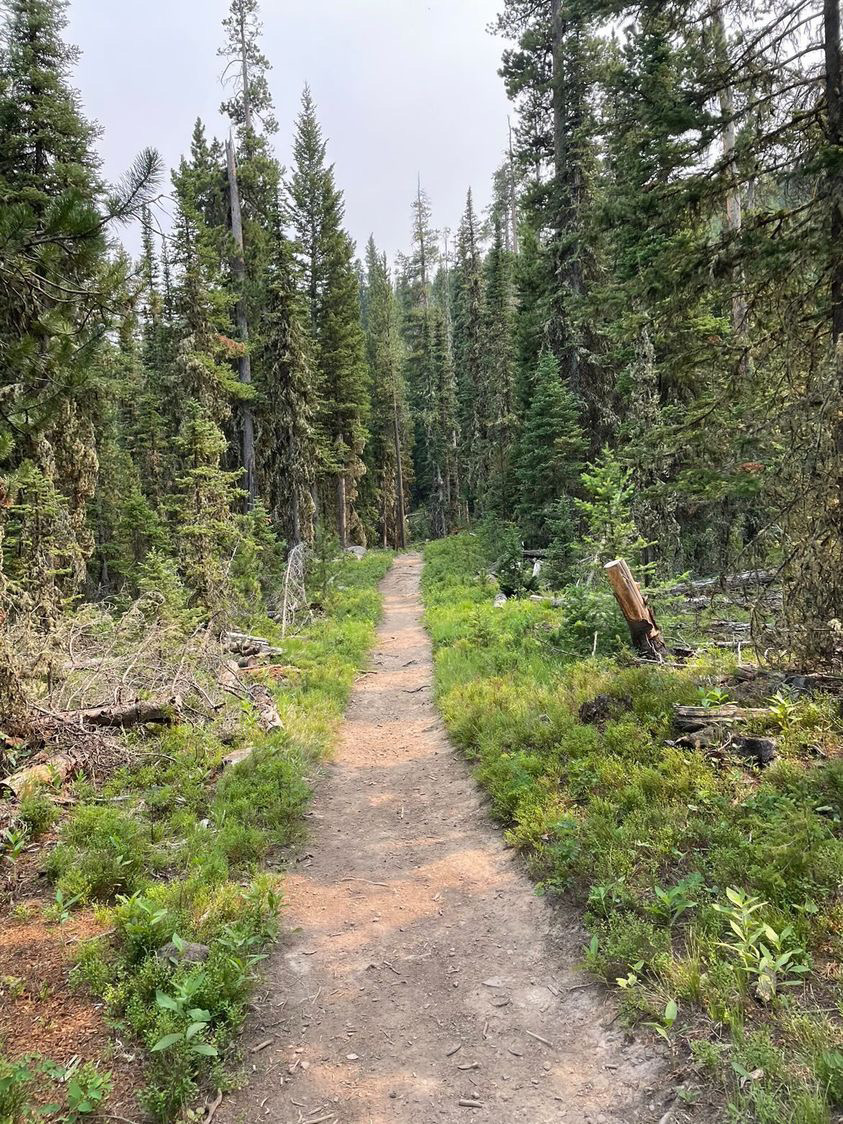 The Bozeman Public Library staff were compelled to enact a mobile food pantry after being asked a simple question. Kathleen McPhereson-Glynn, Children’s librarian shared, “Two little kiddos came up to the desk, and they just looked at me with these big eyes and said ‘do you have food? We’re hungry,’ and I’ve never had that happen before.” This inquiry led Kathleen and another librarian, Megan Bruggeman, to contact the Gallatin Valley Food Bank for items to leave out for patrons, as they believe providing more services is their job as a community gathering spot. The program has been in place for a few weeks and began with only one crate of food. The program is now up to five crates of food, and they are preparing for a higher demand during the summer. Kathleen shared that everyone is welcome, and patrons do not need to prove what they need. [KPAX]

Montana’s foraging scene is growing thanks to social media

May is a popular time for Montanans to forage, specifically for mushrooms. Morels, a rare and valuable fungi, can be found in Montana and are frequently sold for more than $30 per pound. Some with more than 15,000 members, social media pages showcase their foraged treasures found in the woods. River Aloia, a professional baker who has foraged Western Montana for more than 20 years, believes people underestimate what can be found and eaten in the woods. There are guidelines set in place that dictate how much foraged products an individual can gather which is especially useful as the number of foragers is only growing. With this does come the warning never to eat a plant that you have not identified and to call local ranger district offices with any questions. [KPAX]

The Ponderosa Social Club is a grown-up playground located in Midtown Bozeman that recently opened its doors. The club includes a bowling alley, casino, shuffleboard and pool tables, three bars, and a restaurant; something for everyone to enjoy. At 9:30 p.m., Ponderosa turns into a 21 and up club. The club is co-owned by Taylor Shull, his father Kurt Shull, and by Mike Hope, owner of the Rocking R Bar in Downtown Bozeman. Ponderosa has been in the works for about five years, during which the owners visited several clubs across the company for inspiration. In summer months, the club plans to host several live concerts on Aspen Street. A link to the Ponderosa Social Club can be found here. [Montanarightnow.com]

A Billings West High School grad will appear on ABC’s Shark Tank to pitch “Chill-N-Reel,” a drink coozie complete with a 50-foot fishing line and reel built-in. Oklahoma firefighter Jake Rutledge got the idea in 2017 while standing in the Gulf of Mexico, surrounded by fish. “I thought, I can’t bring my rod out here because there are too many people, so I tied some line on the bottom of my coozie. I’d unwrap it, throw it out, catch a fish, reel it in. I kept spilling my beer and I thought, I have to figure out a better way,” shared Rutledge. Since its inception, almost 150,000 Chill-N-Reels have been sold. Customers urged owners to showcase the product on Shark Tank. Out of 20,000 applicants, the product was one of 150 that made it on to the show in effort to receive funding from investors. [KPAX]

A Rosebud County deputy sheriff’s badge, thought to be around 100 years old, is back in its home department after being discovered nearly 1,000 miles away, thanks to the generosity of a fellow law-enforcement officer. “It’s pretty surprising to see somebody take the initiative to reach out on that,” said Rosebud County Undersheriff, Scott McDermott. McDermott received an email back in February from Oklahoma Highway Patrol Trooper, Trey Sheets who happened upon the badge. “My mother and father were in Amarillo Texas at a flea market. They went in and found a box, paid about $20 for it. They took it home and in the corner of the box, they found the badge,” shared McDermott. The badge will soon live in the front display case of the police department, as the department continues to research its heritage, hoping to find a family tie. [KBZK]

Employees gathered in Mammoth Hot Springs last week for a ribbon-cutting and open house to celebrate the completion of the first phase in Yellowstone’s seasonal employee housing improvement effort. During the past two years, dilapidated trailers were replaced with 44 new modular homes and employees are moving in for the upcoming season. Superintendent, Cam Sholly shared, “Our ability to attract and retain talent in Yellowstone is strongly tied to the availability and affordability of housing options in and around the park.” Yellowstone is also investing millions to upgrade more than 50 employee housing units into 2023, ranging from roofing and siding replacements to major interior work including flooring, insulation, heating systems, and more. [Missoulian.com]

Volunteers restore donated bikes to give away to kids in Butte

The Bike Lab is a community-based bike shop where people can restore their old bikes. Several volunteers came out to restore bikes for the Kiwanis Club annual bike giveaway next month. Bike Lab owner, Dave Hutchins shared, “It’s been great, just an outpouring of support. You see all these guys helping wrenching and all the donations of bikes...it’s a wonderful community.” Hutchins would like to generate more interest in cycling because of the positive aspects associated with the activity. The givveaway will be held on June 4th at the Butte Civic Center. [KPAX]

The National Center for Appropriate Technology (NACT) is teaming up with Montana Tech and Butte-Silver Bow County to ideate renewable energy solutions concerning climate change. Head of NCAT, Steve Thompson shared, “We’re going to be working with some experts from around the country who are familiar with climate trends and climate projections to say, what are the issues facing Butte? So, we can be Butte tough into the future.” The program is creating a plan that will boost local business development, grow green energy, and protect the community and its natural resources from the negative impacts of climate change. The plan also involves investing in new forms of clean energy, such as solar, energy storage systems, or green hydrogen industries. Some city officials see this as preparing Butte for a new economy. [KXLH]

Special Olympics have returned to live state games competition, in a regional way this year. Mandy Patriarche, Vice President of Outreach & Communications of Montana Special Olympics said that athletes have been competing throughout the pandemic, but not in front of crowds. The return to in-person competition is a treat for the athletes and organizers alike, as watching athletes compete at the state games is a highlight for volunteers. [KBZK]

According to multiple sources, Reba McEntire is set to join ABC’s Montana-based crime show, “Big Sky” for its third season. McEntire has a history with Montana, as she is known to be a regular at multiple restaurants and shops in the Bozeman area. It is well known that one of her favorite restaurants is Kountry Korner, where she is always sure to order the prime rib. The show is based on books written by C.J. Box, an author from Wyoming. [Montanarightnow.com]

A Billings middle school librarian is one of 50 exceptional teachers to be honored at Disney World this month. Riverside Middle School librarian, Karry Woodard was chosen by Disney for the teaching she did in fall of 2021, which included putting a tipi in the library for lessons. The trip includes a four-day-stay at Disney World where Woodard will get to meet with other teachers to share ideas, as well as with a Disney Imagineer to gather even more ideas for her lessons. [KULR8]

Powwow brings students together in Billings to celebrate traditions

The high school powwow returned to Billings this year for the first time in two years. The Celebrating Our Youth Powwow opened with the grand entry. “I love grand entry,” said Maya Spencer, the Powwow princess from Skyview. This part of the ceremony is where everyone shows up and comes together during the event’s commencement. The Powwow is open to everyone and brings students together from 22 tribes in Montana, Wyoming, North Dakota, and South Dakota. Participants love immersing themselves in their culture during the event and sharing this tradition with younger generations. [KXLH]