ESPN’s ‘College Gameday’ travels to Bozeman for the Brawl of the Wild, The first Nailed It DIY studio west of the Mississippi, Big Sky Resort to open early for the winter session, State’s largest wind farm fires up…and more 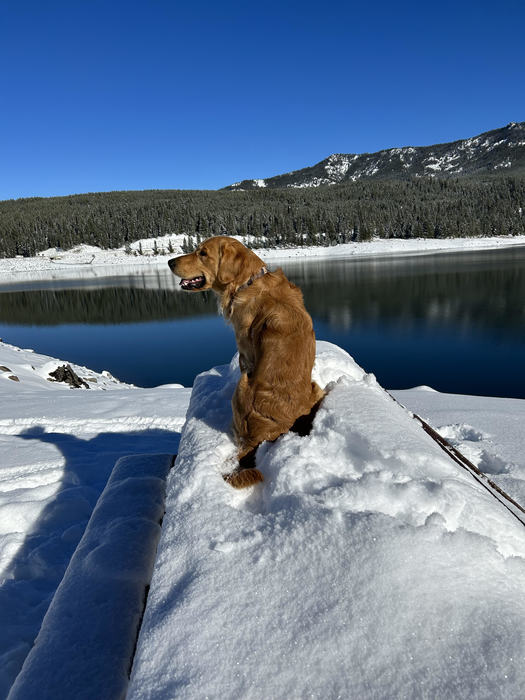 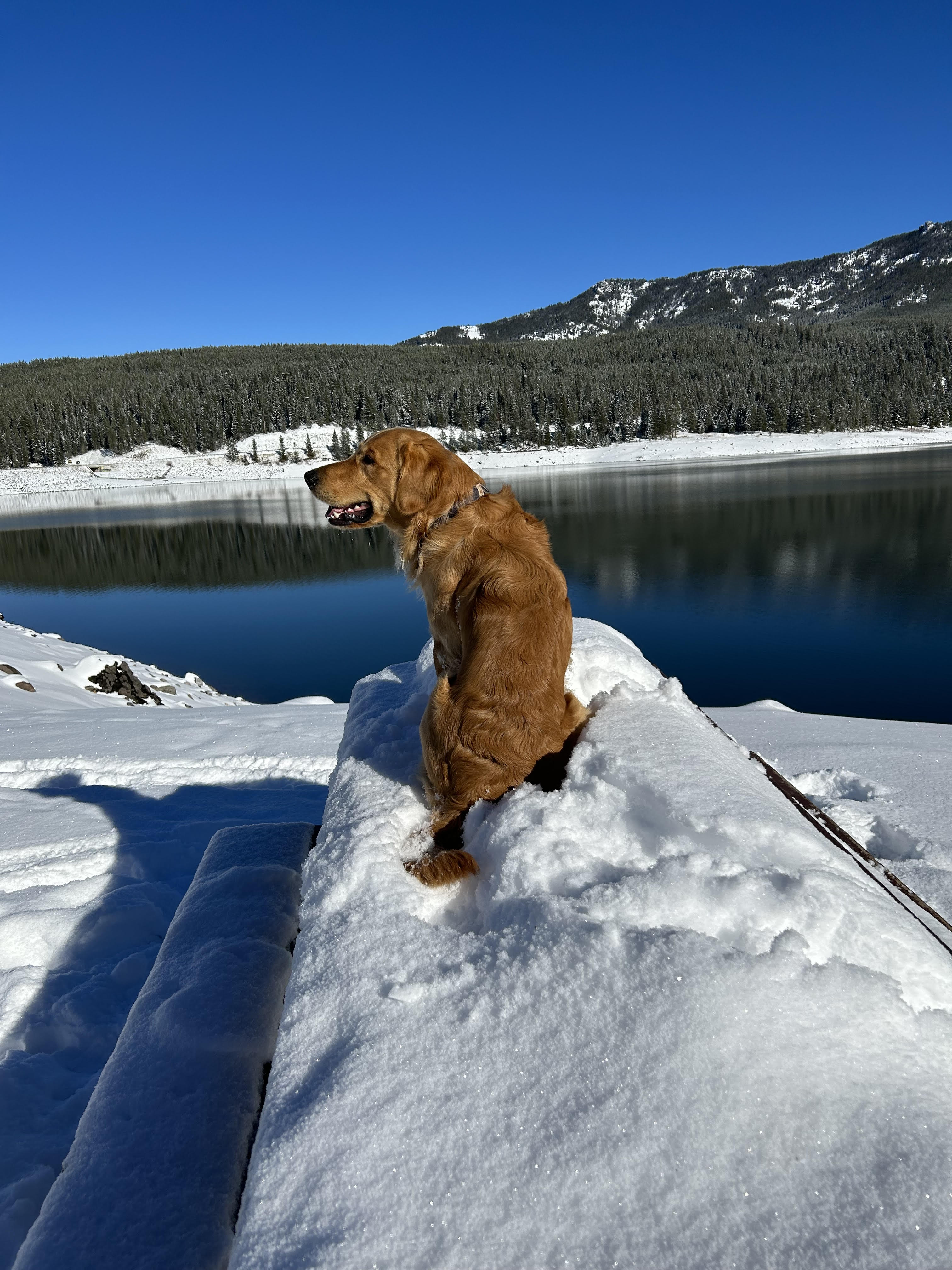 ESPN’s ‘College Gameday’ travels to Bozeman for the Brawl of the Wild, and the return of Lee Corso

Legendary college football coach and analyst, Lee Corso returned to ESPN’s College Gameday. Bozeman was the coldest setting in Gameday history, and was the 121st “Brawl of the Wild,” the annual battle between Montana State University and the University of Montana. Host Rece Davis noted, fans planned to camp out overnight in negative temperatures to be first in line for the show on Saturday Morning. In addition to it being the Brawl of the Wild, the Gameday was extra special as Lee Corso returned to the show, firing up the crowd. [MSN.com]

A local lacrosse coach and his son recently set a new Guinness World Record and impacted the community in a great way. Ryan Hanavan is an entomologist, coach, father, and most recently, a Guinness World Record Holder. He and his son, Logan, simultaneously passed two balls 40 times in one minute. The duo hopes others will try to beat their record, so they can take on the challenge again. Ryan, who has played lacrosse his entire life, started Brown Bear Lacrosse Academy in Missoula about a year ago, with the goal of encouraging kids to learn the sport and have fun. Ryan shared, “The thing about lacrosse is it’s just so special. I love sharing this game with people because I see that instant satisfaction with people, that joy in everybody’s face the first time they pick up a stick.” [KPAX]

Programs promoting precision agriculture, youth development, agriculture scholarships, and the state’s farm and ranch heritage will benefit from the generous gift to MSU. The anonymous donation will help establish a series of endowments focused on programs in the MSU College of Agriculture and MSU Extension. $5 million of the gift will endow a dedicated faculty chari in precision agriculture who will lead developmentof new technologies and their data-driven applications for the future of the largest industry in Montana. A shrinking workforce and ever-changing global competition means that the future of Montana’s agricultural industry will depend on new technologies. In addition to the faculty chair, the endowment will provide $3 million to MSU Extension’s 4-H youth development programs, increasing the organization’s reach and impact in every county the state holds and all seven reservations. The goal is to encourage youth to find ways in which they can help their communities meet local and statewide needs. [Montanarightnow.com]

Open now in Butte: The first Nailed It DIY studio west of the Mississippi

On the southern side of the town, you can now pull up a barstool, sit at the bar, and have a beer with friends however, there are no bartenders, but rather art tenders. The studio allows clients to create custom projects without the hassle of sourcing materials by themselves. At the Nailed It DIY studio, projects at first will entail wall art, equipped with personal touches. Kelli Fivey opened the store and shared, “They do have specialty builds where you can make a planter or a recipe holder or you can make cornhole boards. We’re starting slow, so in the beginning here, you’ll see a lot more of the basic projects versus moving into the complicated ones. But we’ll get there.” Fivey has been a state prosecutor in Butte for 15 years, which will not change, but she was looking for something to integrate her crafty side. There are more than 30 studios in the US, this being the first one in Montana. [MT Standard]

Seventeen year old Alishon Kelly has been creating art for most of her life, and Missoula’s skateboarding community recently embraced her work. Kelly’s artwork can be seen on stickers, shirts, and now on skateboard decks at Board of Missoula skate shop. Before working at the shop, she recalls spending time after school and during lunch breaks at the shop, just passing time. A year ago, she was hired by Board of Missoula owner, Chris Bacon after he saw her artwork. Kelly shares that her tribal affiliations of Blackfeet and Pend d’Oreille have influenced her art, but her biggest source of inspiration is her mom. Kelley uses various mediums, including markers and ink, paints, and clary. “Since as far back as my memory goes I’ve been making art. It’s just always been there fore me as a means to express myself and to communicate the things I want to communicate.” [KPAX]

Big Sky Resort to open early for the winter session

Due to the early season snowfall and continuous low temperatures, Big Sky announced they will open for the season on Nov. 23, which is earlier than usual. This has been one of the earliest season snowfalls, and has had record-breaking snow levels. They plan to open a total of 2,000 acres with four different charlifts: Swift Curren t6, Explorer, Challenger, and Iron Horse, as well as all magic carpets. The following day, they will open Ramcharger 8. For earlybird skiers, there will be complimentary hot chocolate and snacks, a live DJ, and complimentary Swiftly Session Pale Ale tastings in the base area. [Montanarightnow.com]

Southeastern Montana’s Clearwater Wind Project began generating electricity for Puget Sound Energy earlier this month. The Washington utility announced that it was receiving power from its 350-megawatt share of the wind project close to Miles City. Puget acquired the energy through a purchase power agreement in 2021 with NextEra. Clearwater is Montana’s largest wind project at 150,000 acres and 269 wind turbines. Ron Roberts, PSE vice president of energy shared, “Today is a big day for PSE as we start to bring on new clean energy from the Clearwater Wind Project. This is another step that will help us move toward achieving our goal of reducing our own carbon emissions to net zero by 2045. We know Montana has great wind resources and this agreement demonstrates PSE’s continued investment in Montana’s energy economy.” [MT Standard]

The whitehall fishpond is celebrating its 100 year anniversary in 2022. This artifact symbolizes the patriotic community it was built for. During WWI, an enormous flagpole, similar to the flagpole at Whitehall Truck & Towing on Highway 55, was erected in honor of local troops deploying. A farewell dinner was held at the theatre with 282 people in attendance. Town women knitted socks and sweaters for local boys enlisted, and letters home were printed in the local paper and even read at church services. [Whitehall Ledger]

Misty Mountain has a little bit of everything

Opened by Delise and Richard Coonradt in August of this year, Misty Mountain Trading Post in Evergreen has something for everyone. The space started as a small coin store in Seattle, and has become an electric Evergreen shop that offers everything from firearms to fine jewelry. The Coonradts moved locations as the first was too small and set off the road. They upgraded to a better building with better parking and appreciate how inviting and caring the community has been. The jewelry display includes vintage turquoise, silver, Montana made products, and more. [Daily Inter Lake]

The 121st edition of the Brawl of the Wild recently took place, and while many headed to Bozedman for the game, the biggest sporting event of the year in Montana means big business for bars and restaurants all over. The Montana University vs University of Montana rivalry is one of the oldest in the country, and fans of both schools packed eateries across Billings to watch the game. Brawl of the Wild has quickly become one of the busiest days of the year, and for almost a decade, the Red Door in Billings has been a go-to spot for Bobcat Alumni to gather and watch the game. The manager at Red Door shared that compared to a normal day, they would likely see a 60% spike in sales, just from the game alone. [News Break]