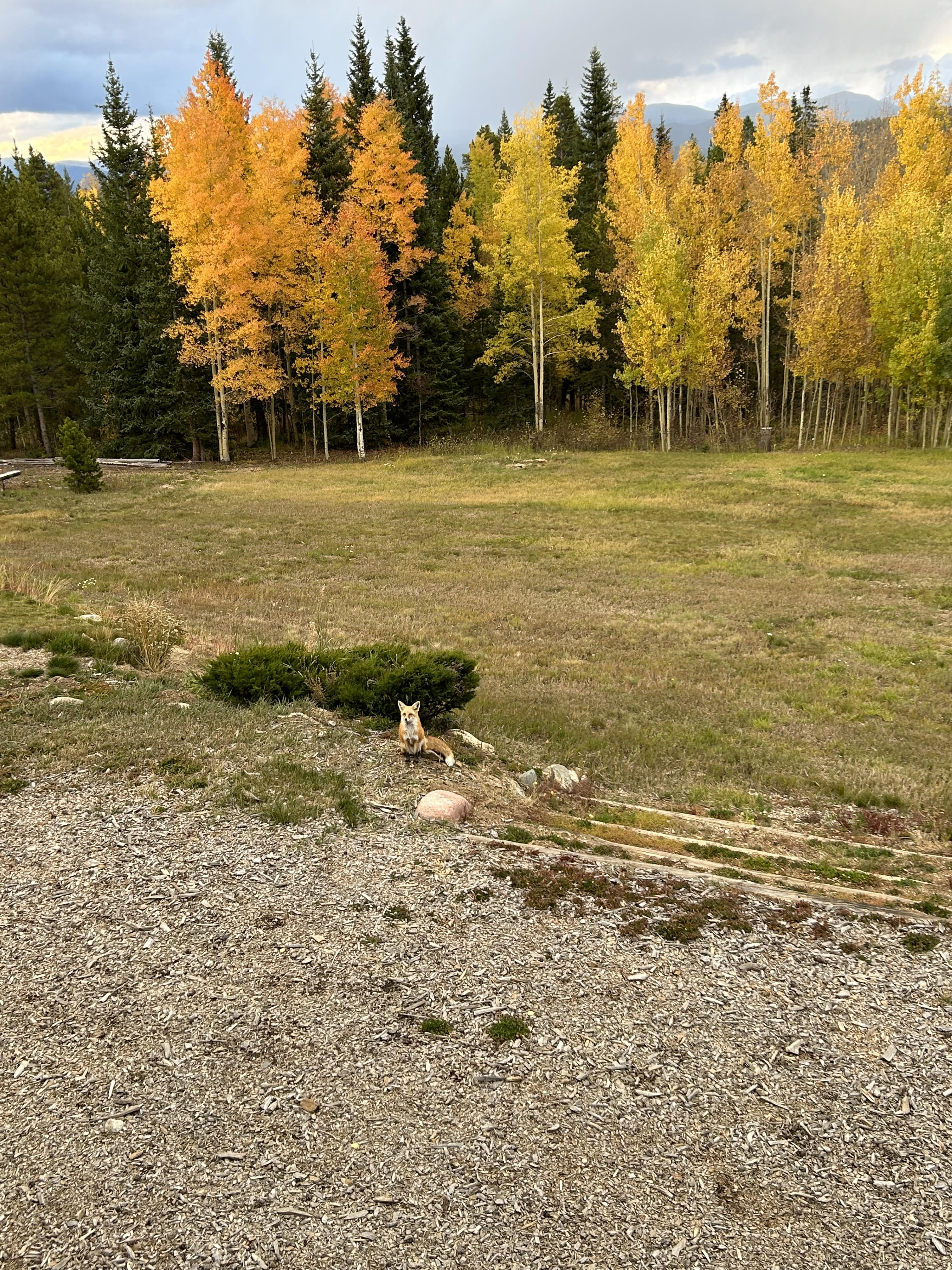 Tristan and Jori Bradford are innovators in Central Montana for organic and sustainable farming. “We thought we'd start going that direction and it's completely broadened the horizons for us and to what we're doing with sustainable and regenerative farming approaches,” said Tristan. It’s a two-person show at Ever Westward Farm. Tristan has a background in horticulture. His day job is with IND Hemp in Fort Benton. Two years ago, he and his wife Jori ventured into greenhouse gardening. Gardeners by hobby, the array of plants grew, and braving Montana winters became a challenge. The two got the idea of farming in a greenhouse from a farmer in Nebraska. Taking similar plans, they began on a journey for a healthier life. The farm is small but powerful with more than 50 species of produce and herbs, outside of the greenhouse the farm flourishes. Raising pasture-grazed turkey, fowl, waterfowl, and hogs. [KXLF]

Montana State University’s annual celebration of Bobcat pride welcomed students, alumni, and fans earlier this month with, and commenced with the homecoming parade. A Bozeman Police Department patrol car, truck, horses, and a troop of MSU cheerleaders headed down the street as the university’s marching band played celebratory music. Champ, the university’s mascot made an appearance, as did President, Waded Cruzado. Bozeman High and Gallatin High’s marching bands added to the mass of sound, and many local businesses sported their own Bobcat banners and floats. This event brought the community together and was a hit all around. [Bozeman Daily Chronicle]

The Grizzly and Wolf Discovery Center of West Yellowstone received accreditation once again from the Association of Zoos and Aquariums. The discovery center was first accredited in 2001, and this is their second time receiving accreditation for five more years, due to their care for the animals within the center. “It's a lengthy application, three-day inspection, three inspectors and then we have to sit in front of a commission and they pepper us with questions,” says Executive Director of the Discovery Center, John Heine. The Discovery Center is home to two wolf packs and eight grizzly bears, along with several other different species found in Montana. Heine is proud to receive this accreditation because it shows that the Discovery Center is doing something right and the Association of Zoos and Aquariums notices. “It's a good feather in our cap, and it tells everybody that we're doing the best we can,” says Heine, “We strive for the highest standards of animal care.” [KXLF]

Members of one family at the 2022 Montana State University homecoming football game this weekend took the stage and skies. Emily Fraser, a first-year student at Montana State University, sang the national anthem while her dad, Capt. Billy “Kid” Fraser, a wing commander of the Tactical Support Wing based in Fort Worth, Texas, flew over the homecoming football game against Idaho State, MSU announced. "Having the opportunity to share the flyover is a cool thing no matter where you are, but to fly over a stadium that you went to all of your younger life watching Bobcat games and where your daughter is singing the national anthem for her school– I don't think that it gets any better than that,” Billy Fraser said. Billy Fraser is retiring in early 2023, and this weekend’s visit will mark the first time he has been able to make it back to Bozeman since his family moved in June. MSU says Emily Fraser has had a passion for singing and performing for as long as she remembers and that she says the opportunity is surreal. She plans to pursue a degree in political science in the College of Letters and Science. [Montanarightnow.com]

Dozens of people gathered at Montana State University earlier this month under sunny skies to mark the reopening of a renovated memorial that honors students who have died while enrolled at MSU. The outdoor space, which displays names dating to 1990, is located just off the west entrance of the Centennial Mall near the Duck Pond. As part of its redesign and renovation, the student memorial and the names of the students it honors are now more visible, and the site includes outdoor seating, new trees and landscaping. Approximately 75 people attended the event. In her remarks, MSU President Waded Cruzado noted that the memorial is a reminder of “one of the saddest parts of life at our university. “Every single time one of our students dies, it is very, very hard,” she said. Still, Cruzado said, it’s important to celebrate the reopening of the “wonderful new space” and the students the memorial honors. “They are Bobcats, and we will never forget them.” [Montana State University]

During their multi-day visit to the remote Heart Lake Geyser Basin, MSU students measured the temperature, acidity and other characteristics of colorful hot springs and collected small samples of the water to analyze in a lab back on campus. Their goal: to find microbes that, by being adapted to the extreme environment, may be able to break down plastic into usable chemicals. “This is really unique experience in a place that not a lot of other people see,” said Dana Skorupa, assistant research professor in the Department of Chemical and Biological Engineering in MSU’s Norm Asbjornson College of Engineering, who co-led the trip. “It gives students an authentic introduction to research, from collecting samples in the field to working in the lab and then presenting their results at the end of the semester.” As part of a class called Extreme Microbiology in Yellowstone, students in MSU’s Honors College have ventured into the national park at Bozeman’s back door over the past several years for a taste of backcountry adventure and immersion in the scientific process. Konrad Renner, a sophomore majoring in microbiology, didn’t know what to expect from the trip, but it turned out to be "a really cool experience,” he said. "Going to these thermal areas, you can see why people thought for so long that they were devoid of life. But then sampling them and finding organisms, it’s really phenomenal.” [Montana State University]

BOZEMAN — Montana State University is celebrating the 50th year of the WWAMI Medical Education Program, which allows students from Montana to pay in-state tuition while earning MD degrees from University of Washington’s top-ranking School of Medicine. Since WWAMI’s inception at MSU in the fall of 1973, more than 1,000 students from Montana have enrolled, according to the program’s records. More than 350 WWAMI graduates currently serve as physicians in the state of Montana. “There were two goals at the outset of the WWAMI program,” said Martin Teintze, MSU WWAMI director. “One is to provide an opportunity for Montana students to go a top-notch medical school. The other goal was to provide physicians for the state of Montana. “The first goal has definitely been met,” Teintze continued. “For the second goal, there are more than 350 physicians practicing in the state that are WWAMI graduates. That’s a significant chunk of physicians in our state.” In addition to Montana, other states participating in the cooperative medical education program are Washington, Wyoming, Alaska and Idaho. Montana students spend 18 months receiving instruction from MSU professors as well as physicians at Bozeman Health Deaconess Hospital. The next two and a half years are spent doing clinical rotations in a variety of Montana locations, as well as Seattle and other sites in the WWAMI region. [Montana State University]

Like a lot of kids growing up, Renee Kelly liked to play with toy trucks in the backyard dirt pile, and her love for big rigs never went away. Today, Kelly owns a small fleet of heavy machinery and operates her recently launched landscaping business called Rock on Groundworks. She got her start in the University of Montana’s Missoula College heavy equipment operation and commercial driver’s license program. The basic skills she learned there have been invaluable ever since, “Driving a mixer truck with 10 yards of concrete is definitely a learning curve,” Kelly said. Much has been written the past few years about the nation’s ongoing shortage of commercial truck drivers, which was made worse by the pandemic. In 2021 alone, trucking companies faced a deficit of 80,000 drivers according to the trade organization American Trucking Associations. Estimates are the industry shortage could top 160,000 drivers by 2030. While there are many reasons for the shortage, the need is very much real, said Reinholz, who’s worked in heavy equipment his whole life. In the past 15 months, 55 students have completed the course, which requires completing federal paperwork and a physical and drug test before actual training starts. Most complete the course in 25 to 30 hours, learning to drive one of two semis – an 18-speed and a 10-speed. [University of Montana]