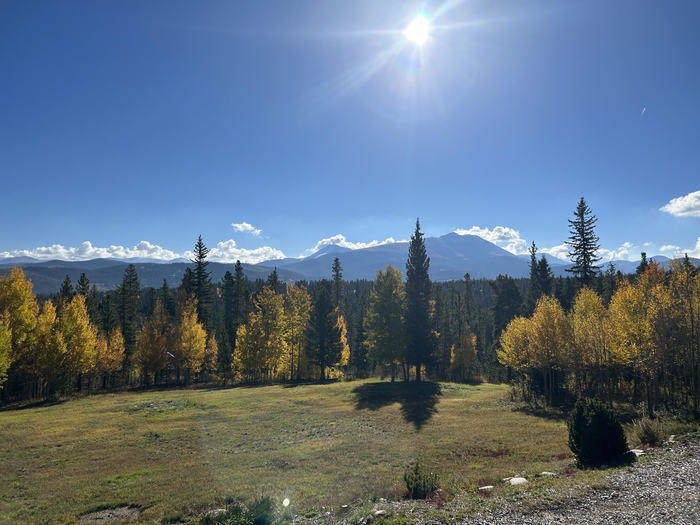 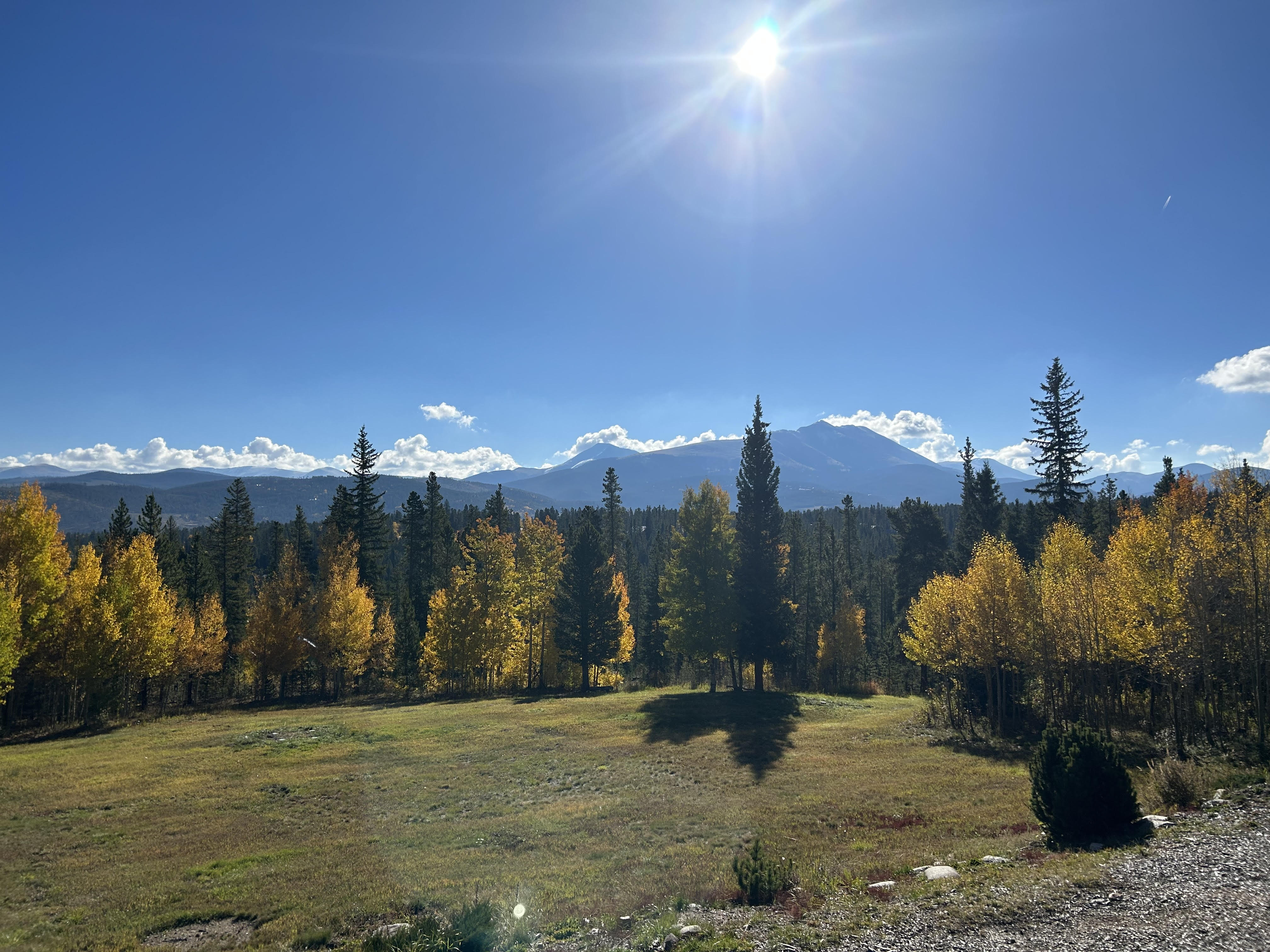 Haven has been helping survivors of domestic abuse in the Gallatin Valley for over four decades, and their new facility will allow them to help many more. Haven served over 1,000 people last year alone, and the need for help has been steadily increasing every year, with a 12% increase from last year. Unfortunately, the program has had to turn down survivors' pets as there have not been enough resources or space for them, leading to survivors staying in a bad situation for a more extended period of time. Of the survivors who own pets, three out of four delay leaving because of their animals. This will no longer be the case when the new shelter opens in 2023, with plenty of room for survivors, their family members, and pets. “Pets are a great source of comfort, we are a very pet-friendly community here in the Gallatin Valley, and we wanted to make sure that Haven welcomes pets as well,” shared Erica Coyle, the Executive Director at Haven. [Montanarightnow.com]

Elementary educator in Bozeman selected as finalist for prestigious award

An educator at Whittier Elementary School in Bozeman was selected as a finalist for a prestigious award. Lisa Moellenkamp was chosen as one of six finalists in Montana for the Presidential WArds for Excellence in Mathematics and Science Teaching. This award is the highest honor bestowed by the United States government specifically for K-12 science, technology, engineering, and mathematics teaching. Each year, the President may recognize up to 108 exemplary teachers. Award recipients receive a certificate signed by the President of the United States, a trip to Washington, D.C., to attend a series of recognition events and professional development opportunities, a $10,000 award from the National Science Foundation, and an opportunity to build partnerships with colleagues across the nation. [Fairfield Sun Times]

Earlier this year, Cactus Records, a local staple in Bozeman, closed its downtown after being at its downtown location for 35 years. The business has since moved further west on Main St. The space will soon be home to another local company, Onyx Tile Studio. The store owner, Ashley Hertz, shared the following on what type of store it will be and what customers can expect, “Onyx Studio is a luxury boutique tile shop. The studio will display a wide range of curated tile & stone collections from around the world. You’ll find beautiful hand-painted ceramics & terra cotta, Moroccan zellige, glass, encaustics, porcelain, and dimensional stone found in a rainbow of colors, textures, and mosaics. Our tiles are perfect for kitchen and bath applications as well as fireplaces, accent walls, and even outdoor applications like patios & pools. We will continue to operate by appointment only to ensure each client receives our utmost service from start to finish.” [XL Country]

Montana wants to be the next wine country

The grapes that Roxann and Brian McGuire grow in Montana are cold-hardy interspecies hybrids. Nearly all popular wines, such as malbec, merlot, chardonnay, and more, are made from Vitis vinifera grapes. This European grape species consistently produce excellent wine but is not amenable to cold environments. In the last 50 years, researchers have been experimenting with breeding V. vinifera with grapes indigenous to the United States. These interspecies hybrids are more resilient to cold weather, some of which can withstand temperatures as low as -35 degrees Fahrenheit. They are also more disease-resistant. The wine produced from these grapes tastes different, with unique flavor profiles, which the McGuires like to explore. Montana has a reputation for some local fruits, such as huckleberries and Flathead cherries, but wine grapes are a newer contribution to the state’s crop inventory. [Missoula Current]

The new Rocky Mountain Gardens and Exploration facility, located at the Missoula County Fairgrounds, broke ground last summer. The nearly 30,000-square-foot facility will be home to the Butterfly House and Insectarium, along with the Missoula Conservation District. This portion of the facility will include 2,500 square feet and employ about a dozen people. There will be a two-acre educational garden, a demonstration kitchen, greenhouses, and a plant lab. [Missoula Current]

A healthcare company based in Missoula announced a new business combination that will enable it to become a publicly traded company. Consumer Direct Holdings and DTRT Health Acquisition Corp. shared that the newly combined company will become Consumer Direct Care Network once the transition closes. It will be listed under the Nasdaq symbol “CDCN” and headed by Ben Bledsoe, who serves as Consumer Direct’s president and chief executive officer. The company was founded in 1990, and over the past year, its 95,000 caregivers have provided care to more than 75,000 clients in 14 different states. According to Consumer Direct, the transaction is expected to create a combined company with $300 million in total liquidity, providing adequate funding for ongoing operations, development, and expansion. [Missoula Current]

Cutting out the middleman is one idea when it comes to guaranteeing fresh food and produce as consumers seek reassurance of where their food comes from and whether it truly is what it says it is. Kwee-Jack Fish Company is now offering a pick-up location in Great Falls for its sustainable wild Alaskan Salmon. The company takes spring orders, performs a summer harvest, and arranges pick-ups in September. Joe Echo-Hawk is a fisherman, and the owner of Kwee-Jack Fish Co. Him and his friends have been fishing in Bristol Bay, Alaska, since the early 2000s, and he began the company in 2009. Echo-Hawk and some other Montanan fishermen migrate between Alaska and Montana each summer. Every year, an average of 38 million sockeye return to Bristol Bay, and it is the world's largest wild sockeye salmon fishery. The fishery is certified for sustainable management by the Marine Stewardship Council, which defines sustainable fishing as “leaving enough fish in the ocean, respecting habitats, and ensuring people who depend on fishing can maintain their livelihoods.” [Great Falls Tribune]

The Great American Beer Festival, also known as “the Super Bowl of beer competitions,” is a festival that features nearly 10,000 beer entries and has 235 expert judges from all over the country. Billings was well represented this year, as three breweries in town earned hardware at the competition in Denver, CO. Of those who received awards, Uberbrew, owned by Mark Hastings, earned a gold medal in the Wheat Beer category for their “White Noise” beer. Hastings said recognition of the hard work they put in never gets old. White Noise has won awards before, but this year was unique as the competition was extremely high, and they were excited to be recognized in that category for their flagship beer. The brewery scene in Montana has continued to grow and expand, and Hastings credited their success to the local competition: “It’s competitive locally. You have to make great beer to make it in this market because we have so many great breweries," Hastings said. "So, to have Billings recognized for the great beer that we do have in this market... very exciting." [KTVQ]

The Big Sky Fire Department is working with Pano AI, a San Francisco-based company, to set up cameras to detect wildfires better using artificial intelligence. These organizations have been working together since 2021, have deployed a Pano Station on Lone Peak, and are working on one for Pioneer Mountain. The stations have ultra-high-definition cameras, two of which are continuously rotating and taking in information from every angle. They then apply intelligence to detect smoke. There are over 60 Pano Stations in the county in five states. Big Sky officials and other stakeholders know the importance of early detection in responding promptly. [KTVQ]

For nearly 20 years, Marty Golden has been training hunting dogs, and he can see the results of his hard work every year when hunting season comes. Golden owns and operates Fly Creek Kennels in Ballantine. The training ground spans over 10 acres of land, allowing Golen to make realistic drills for the dogs. He trains 10-15 new dogs yearly and accepts previous clients’ pups for “tune-ups.” Golden said his work never gets old, and although the job does not come without its headaches, his two decades of experience and the relationships formed through his work make all the difference. [KTVQ]