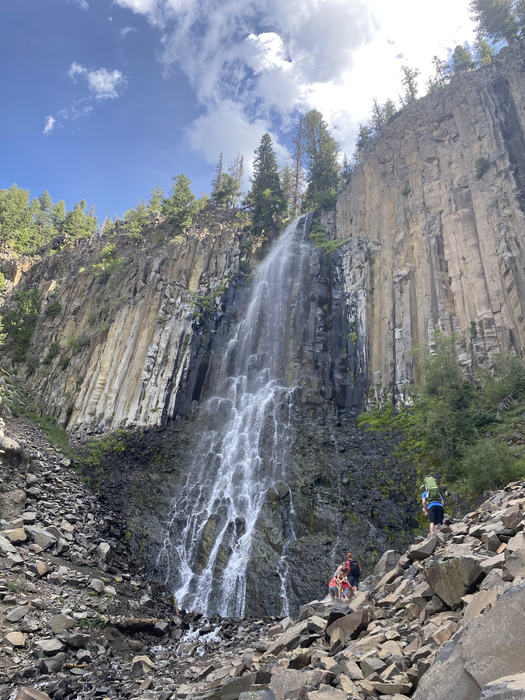 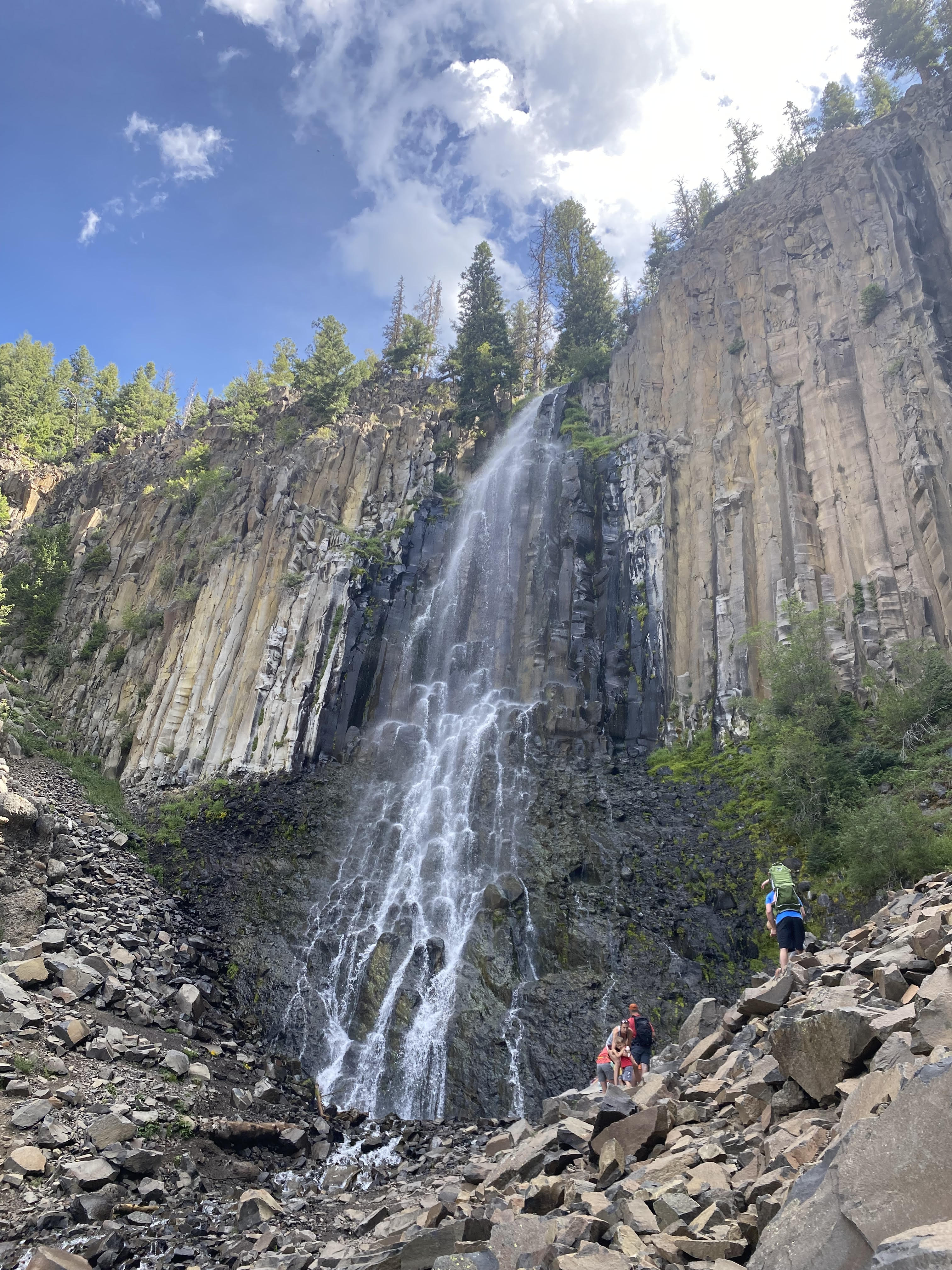 Bridger Photonics, a local laser company in Bozeman, is set to receive a multimillion-dollar investment from a group of Montana-based investors. The company announced that Beaverhead Partners has invested an impressive amount of money into the company that specializes in emission reduction through laser, imaging, detection, and ranging - or LiDAR - technology. Pete Roos, the CEO and co-founder of the company, shared that the company produces laser sensors, then attached to an aircraft and flown over oil and gas infrastructure. The sensor maps and pinpoints images that show where methane is leaking from pipes and other infrastructure. This technology has earned Bridger Photonics contracts with several national and international companies, such as ExxonMobil, Chesapeake Energy, and Cenovus Energy. Will Price, a co-lead with Next Frontier Capital, said that investing in the company was exciting as it is based in Bozeman, and it is Next Frontier Capital’s mission to invest in Montana companies. [Bozeman Daily Chronicle]

Dan Miller has spent 64 years on radio in Yellowstone County and was still going strong on his recent 90th birthday when he made an appearance on Fox on the MOJO 92.5 morning show. Miller stands by the saying, “Find a job you love, and you’ll never work a day in your life.” He grew up in Cincinnati, Ohio, where he did not know much about Montana. His first job out of broadcasting school was at KOOK Radio in Billings, which he began in 1958. [KBZK]

Together at last: Bozeman Police Department settling in at new Public Safety Center

After two long years of construction, the 95,000-square-foot Public Safety Center is open in Bozeman. The new building is set to improve work efficiency as the BPD, Fire Department, and municipal courts make themselves at home. Planning for the building began almost a decade ago, focused on making safety a top priority and with a focus on possible expansion to meet the needs of a growing community. The transition went smoothly, and the doors are now open at the center. [KBZK]

Childcare has become tricky for working parents, forcing them to compromise their incomes and job security. Local businesses are getting creative with their employee benefits to solve the problem. Zoot Enterprises, a local software company, has childcare built-in. Mike Kummer works all day at Zoot, and while he works, his two-year-old son is one floor below at Zoot Adventure Learning Academy. Kummer loves the ability to see his son during the day and appreciates the relief it provides, and knows that not everyone is as fortunate when it comes to childcare. The Montana Department of Labor and Industry stated more Montanans are working now than ever before, which leaves the current state of child care as inadequate in terms of availability. This is why Zoot began to offer childcare, according to Rebekah Nelson, the vice president of employee benefits outreach at Zoot. She shared, “It’s to help our other businesses and create a solution to a childcare issue that is out there. It’s not just a family issue; it’s not just the parent’s issue, it’s a business issue.” Her vision involves the growth and expansion of the childcare program at Zoot Enterprises. [KBZK]

Missoula company educates people about the benefits of tea

Lake Missoula Tea Company owners are heating up their efforts to educate tea drinkers in Missoula. They recently held their bi-monthly tasting, with the tea of choice being matcha, which has the strongest level of caffeine. A host was present and explained the process of Japanese tea ceremonies using matcha tea, the tea’s benefits, and how to make it at home. The company is not new to educating the community, as they have hosted tastings almost every six weeks for the past 10 years. Matcha is just one of the many varieties offered at the Lake Missoula Tea Company, whose top priority is to get the community involved in learning about quality tea. [KXLF]

The National Science Foundation recently awarded $10 million to a six-state collaborative working to boost the underrepresentation of Alaska Native Indian (AI/AN) students in STEM disciplines and the workforce. The grant includes funds for Cultivating Indigenous Research Communities for Leadership in Education, known as the CIRCLED Alliance, led by the principal investigator, Aaron Thomas. Thomas is a professor at the University of Montana in the chemistry department and holds the director title for the UM Indigenous Research and STEM Education program. UM will receive $1.8 million of the total award to build a network for developing and disseminating STEM areas and implement longitudinal programming, mentorship, and teacher preparation to support the Alaska Native Indian student success. [University of Montana]

Lu Hu, a researcher at the University of Montana and atmospheric chemist, recently earned a prestigious federal award to dive deeply into the true nature of the smoke that clouds our Western sky. The award is from the Faculty Early Career Development Program (CAREER), which is among the most respected National Science Foundation awards. Hu will use the five-year, $800,000 grant to improve the ability to analyze the true chemical composition of wildfire smoke and improve air quality models. Hu shared, “I feel pretty good about earning this award. It’s nice to be recognized by my colleagues in the field, and it means what we do is really important. We need to study in smoke what we cannot see with our human eyes, especially when it causes respiratory and other diseases.” [University of Montana]

Recently, gas and dust particles’ optical wavelength emissions were picked up by a powerful telescope, recorded, and analyzed by Montana State University Graduate Sheyda Salehirad, who was looking for “the smallest of supermassive black holes” in the universe. These black holes mass around a million times that of the sun, and through analysis, Salehirad identified 388 previously undiscovered small, low-mass galaxies, which are believed to harbor black holes smaller than those found in larger, high-mass galaxies. The results of her study have been accepted for publication in The Astrophysical Journal. Her paper is the first of its kind to extend such searches to the southern sky regions. She expects her findings to help scientists narrow the scope of possibilities about the origins of supermassive black holes until even more data becomes available. [Montana State University]

A new meat processing facility is slated to open this fall in Havre. The facility, named Montana Premium Processing Cooperative, is a member-owned, service-based slaughter and processing facility and can process 4,000 animals annually. This results from the Montana Farmers Union and Farmers Union Enterprise’s cooperative efforts to purchase a Schwan’s facility in Havre and secure U.S. Department of Agriculture certification. The co-op will partner with MSU-Northern to train students on meat-cutting and help develop future meat processing and business curricula. The faculty will harvest sheep, cattle, hogs, and bison, featuring a mobile harvest unit. Bill Jones has been taken on as the facility's general manager and aims to teach those involved how to handle animals calmly and respectfully. New facilities have appeared around the country following slaughterhouse closures. Smaller facilities aim to provide ranchers with more processing options and address food insecurity. [News Break]

During the summer of 2008, The Doors Legacy Band (a tribute to the rock band “The Doors) was looking for an opener for a show at the Zebra in Bozeman. Local sound engineer, guitarist, and vocalist Luke Flansburg thought Pink Floyd would be an excellent opener for The Doors, so he gathered friends and tested his idea. The opening show became the precursor for the now regionally-acclaimed band, Pinky, and the Floyd. They are known for covers of 80 songs that span seven full Pink Floyd albums. The band has been a staple at local venues for over a decade and has become a tradition. Big Sky has continued to support the group through their growth, as seen during their show that wrapped up Music in the Mountains earlier this month. [Explore Big Sky]

Mountainfilm on Tour to screen in Big Sky on September 10th

Mountainfilm on Tour brings a selection of culturally rich, adventure-packed, and incredibly inspiring documentary films curated from the Mountainfilm festival in Telluride, Colorado. The tour’s stop in Big Sky on September 10th included films that explore themes connected to Mountainfilm’s mission of using the power of film, art, and ideas to inspire audiences to create a better world. Brian Hurlbut, the Arts Council’s executive director, shared, “Mountainfilm is one of our favorite events to showcase to the Big Sky community. It’s the perfect combination of culture, adrenaline, and thought-provoking storytelling. We look forward to it every year.” [Explore Big Sky]

Tres Toros, brought to Big Sky by local restauranteur Twist Thompson, sits on the patio grounds of the Wilson Hotel. Thompson owns four restaurants, and his two business partners, Brandon Blanchard and Josh Sauers, opened their new restaurant on September 8th at 5:00 pm. The restaurant promises to deliver the same unique experience achieved by Thompson’s other local businesses: an alchemy of cultural theatrics and electric pieces of the owner himself. Thompson’s Big Sky restaurants are capsules of the cultures he loves, and he characterizes the “looseness” of Mexican culture with descriptions of overloaded tacos and the “structure” nature of Japanese culture with the precise cuts of sashimi and tightly bound rolls. The atmosphere of Tres Toros is “Kind of ultra loungy, kind of beachy, kind of laid-back, and easygoing, but still kind of hip and upbeat and future-forward,” according to Thompson. [Explore Big Sky]

he Accounting Specialist for the Montana State University Alumni Foundation is responsible for donor gift processing, accounts payable and accounts receivable processing, and general accounting tasks. Assigned duties require significant attention to detail and the ability to effectively manage a variety of accounting tasks. The Accounting Specialist reports to the Director of Gift Processing.