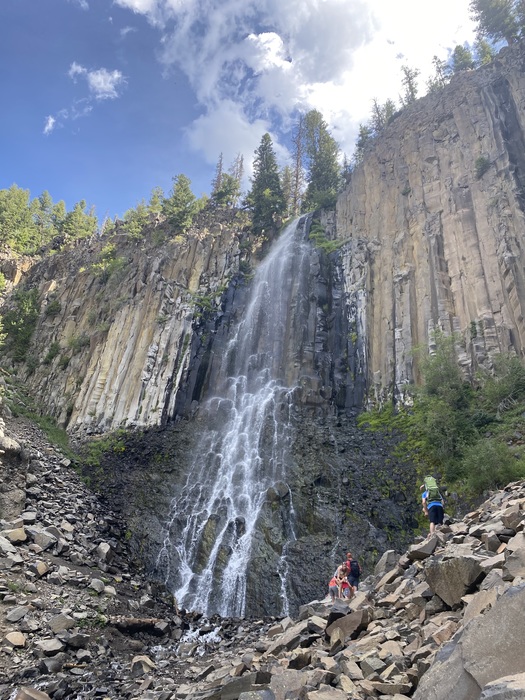 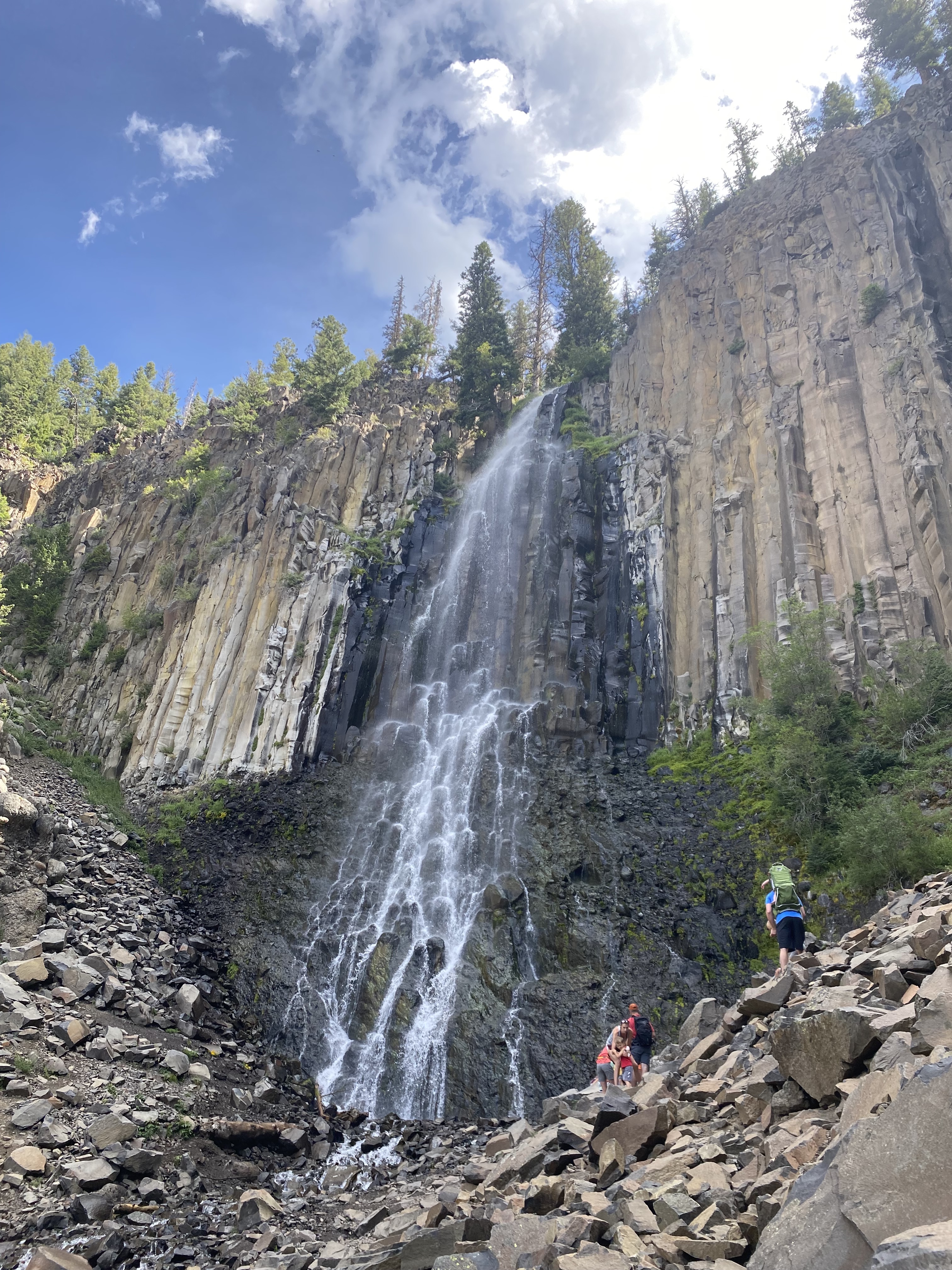 Tech legend Steve Wozniak, the founder of Apple, made an appearance on the 23rd in Bozeman to accept an award with two others. The Stibitz-Wilson Award celebrates innovators in computational and biological sciences, and Wozniak’s foundational work at apple during the 1970-the 1980s places him at the forefront of the personal computer revolution. Tickets to the event were free and on a first-come, first-serve basis. [Montanarightnow.com]

The old Lippi’s signage can still be seen above the 705 Central Avenue West building, but now a different restaurant is taking its place. The A&K Diner (which stands for American and Korean food) is a family-run restaurant that is run by a mother-daughter-aunt team. The women managed the Missouri River Diner for many years before moving to a new location this month. “It’s really fun working with my mom and aunt,” shared Julie Almers. They like to have fun and serve delicious food with their family. They had a busy opening day and aimed to make everything homemade. [KRTV]

Elizabeth Johnson, assistant professor of nursing, worked as a research nurse in Huston with pediatric patients in clinical research trials. She said too often; she would have a patient get injured or be removed from a study due to a breakdown in communication between clinicians and researchers. Years later, one moment, in particular, has stuck with Jhonson. One child was removed from a study after a clinician gave the child medicine that was not allowed according to the research protocol. Johnson felt gutted as she did not know how it happened. She believed that the root cause was a disconnect between researchers and clinicians. “It came down to effective communication,” she said. To improve safety, Johnson created a wearable device that she describes as bridging technology to help clinicians and researchers communicate about safety. The device looks like a simple wristband and has a USB connector that can be plugged into a computer, which then takes the user to a software system that provides a wealth of information about medication side effects, details about the trial’s guidelines, and more. Prizes have recognized her efforts, and she is happy that her efforts have been validated and more awareness on the issue has been acknowledged. [Montana State University]

The annual Fix Up Festival is a chance for neighbors to help neighbors by repairing houses for those who cannot because of physical or financial limitations. Cathay Fisher created the festival 13 years ago with her neighbor, who was ready for a new challenge and wanted to make a difference in the community. They planned to fix up 11 houses, making it 123 homes since the beginning of the event. They will fix roofs, floors, stairs, siding, plumbing, electric, and even help garden, focusing on helping those who need it most in the Bozeman area. They have a focus on the elderly and disabled population, as well as veterans and single moms with children living at home. They had about 125 volunteers this year, all focused on making homes safer to live in, more energy efficient, and warmer. [Montanarightnow.com]

Viewers gathered at MSU to watch medical students finally receive their white coats. The WWAMI program, which stands for Washington, Wyoming, Alaska, Montana, and Idaho, encourages talented students from underrepresented areas to enter the field of medicine. The Director of the WWAMI program, Martin Tientze, says the program is improving healthcare in the state. “The goal of the WWAMI program was to provide an opportunity for Montana students to go to medical school since we did not have our own. More importantly, to provide more physicians for the state. Tientze says about half of the students return to Montana, making the program's effort a success. [KBZK]

The Polaris Dawn program is training a crew for when the Falcon 9 is taken into orbit later this year in Florida. Those missions will eventually take us back to the Moon and put a person on Mars. While in Bozeman, thy will practice flying formations, go through checklist procedures, work together as a crew, and give some experience to SpaceX engineers. This began with the mission called Inspiration 4 almost two years ago, which was the first all-civilian mission to space. [Montanarightnow.com]

The Roadhouse Diner in Great Falls has been nominated for the “Best Front of House Team” award as part of “The Services,” one of several annual awards by Yelp, which honors the hard work of the nation’s servicers, bartenders, and hosts. Roadhouse Diner is one of five restaurants in the United States to receive a nomination, and the serves at the restaurant are honored to receive such a distinction. The diner has been on the receiving end of critical acclaim in the past, winning the best burger in Montana multiple times. Co-owner Tara Beam is known for winning the Food Network show “Guy’s Grocery Games. [KRTV]

The Wholesome Hal’s food truck closed out its summer season by parking outside of the Benefits Women’s & Children’s Center on the second of September and donated 10% of the day’s proceeds to the Sletten Cancer Institute. The family-run food truck wanted to give back to those who needed it most. The team was more than happy to donate to the cause as many people in their families have battled cancer. The food truck plans to open next June again for the summer season. [KXLH]

Jamie Ford, a best-selling author from Great Falls, visited Cassiopeia Books to sign copies of his latest book, “The Many Daughters of Afong Moy,” which has already been opened for a TV series. The book combines historical fiction with speculative function. It spans Afong Moy’s life in America from when she first arrived in the 1800s until she disappeared from the headlines, and it traces several of her descendants up until 2045. On the day it was released, it received a strong endorsement from a book club powerhouse, as “Today” show co-host Jenna Bush Hagr named it her latest book club selection. The TV series is being created by Universal Content Productions, with Bush and Ford serving as executive producers. [KXLH]

Bobcat fans encouraged to ‘Pack the Place in Pink’ at Oct. 22 football game

Montana State University and Bobcat Athletics are encouraging fans to participate in the fourth annual “Pack the Place in Pink” event at the Oct. 22 home football game to promote breast cancer awareness. To participate, individuals are invited to purchase limited-edition apparel and wear it to the game. This year, the items for purchase include a pink short-sleeved shirt, a white crew neck sweatshirt, and a black hooded sweatshirt. Local businesses are encouraged to decorate their windows with pink during the week, and participating retailers will donate a portion of the sale of each apparel item to Pack the Place in Pink, a Billings-based nonprofit founded in 2007. For every dollar raised by the nonprofit, which is operated by volunteers, 95 cents go directly to breast cancer patients in Montana to help with items such as rent, medical bills, and childcare. [Montana State University]

Wendy Turner is excited to open Sew Unique, a custom quilting and retreat outside of Whitehall. Turner opened the custom-built space in September after closing her shop in Philipsburg. The shop holds a little bit of everything, including custom hardwood gifts, quilting basics and notions, batiks, wools, flannels, wildlife prints, cotton, precuts, and more. The shop employs two others besides turner. The unique aspect of the shop is the retreat feature. The property comes equipped not only with the shop for quilting needs, but also a separate space to quilt as well as lodging accommodations for a max of ten at a time. [Whitehall Ledger]