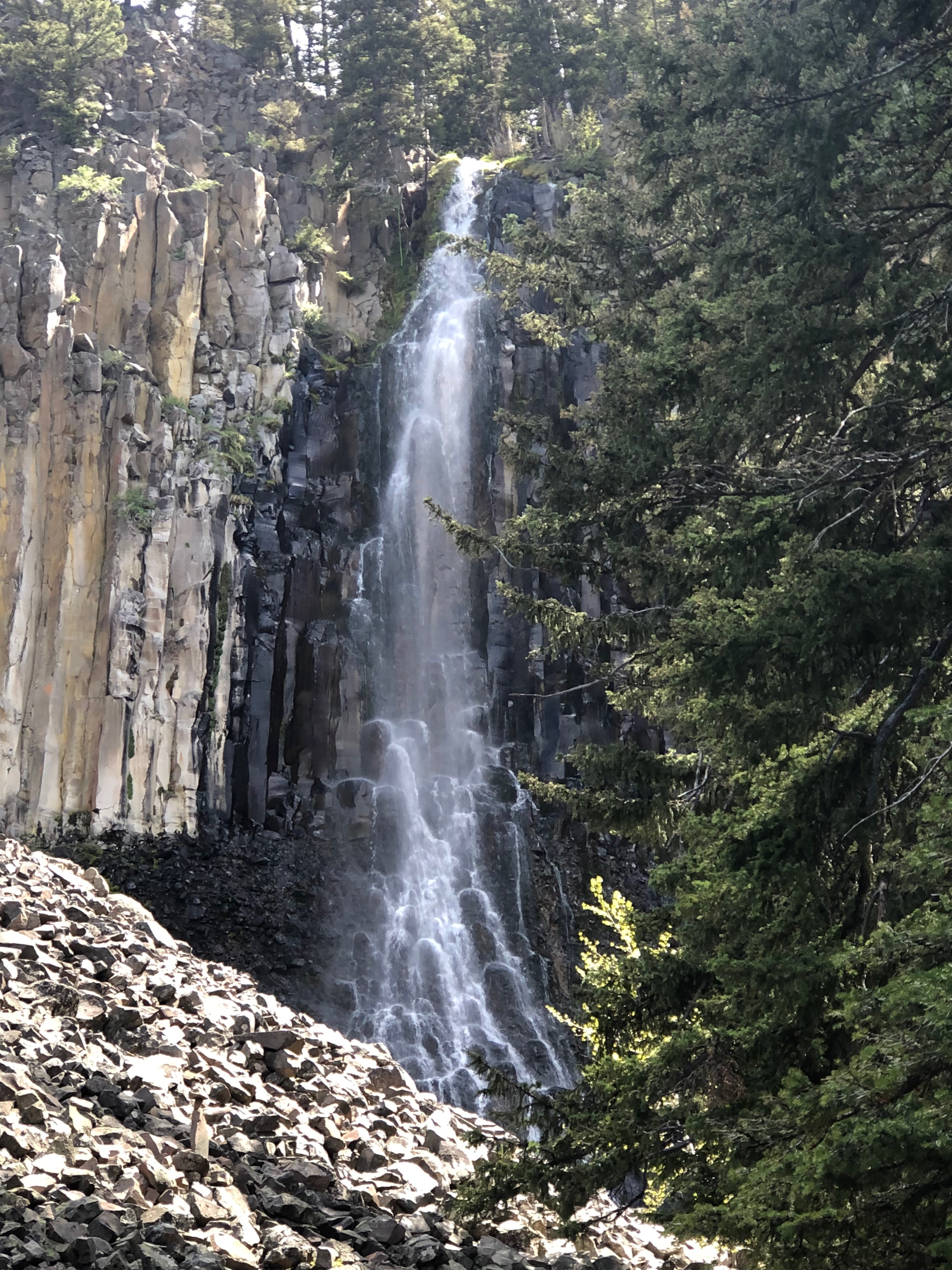 Montana is now accepting applications for projects to expand high-speed internet services into underserved areas through the use of $266 million federal Covid-19 relief funds. “Montanans will have greater access to opportunities for employment, healthcare, and education, and businesses in every corner of our state will be able to grow, prosper, and create more good-paying Montana jobs,” stated Governor Greg Gianforte. The state just released a statewide broadband map that identifies unserved and underserved areas of Montana that are targets for funding. This will not be the only round of funding; Montana will be getting at least another $100 million for the federal infrastructure bill passed by Congress. [KBZK]

Sapphire Lutheran Homes in Hamilton is seeking Valentines for their residents to spread joy during the holiday. Residents Elaine, Lucille, and Carol can be found on the second floor of the facility with their doors decorated; grateful for every Valentine’s Day card that shows up outside their door. Sapphire Lutheran Homes Community Life director, Dominic Farrenkopf described how little projects like this involve the community and bring the community and residents together. Resident Carol Winkler described the joy she gets from receiving letters that do not contain a VISA bill or bank statement. [KPAX]

In Havre Montana, Hi-Line Curling Club vice president Andrew Herbina described curling as “a mix between shuffleboard and chess on ice… it’s very strategic but at the same time you can have all the strategy in the world but if you don’t hit your marks it doesn’t matter.” The club currently has around 100 members and is one of six clubs located in Montana. [KPAX]

Great Falls firefighters are training for the upcoming stair-climb challenge at the Columbia Center in Seattle to help raise money for the Leukemia & Lymphoma Society. They are preparing to conquer 69 floors, 1,356 steps, and 788 vertical feet of elevation gain, all while wearing ~65 pounds of turnout gear. This year, the event will be on Sunday, March 13. While the event’s focus is to help those with blood cancer, the fundraiser also aims to raise awareness of all different forms of cancer. “All cancer is what we are fighting for within the fire service, and so for me to go out there, and do the stair climb and raise the funds, it’s to support an organization like the leukemia and lymphoma society,” said GFFR Engineer Steven Lowe. Each year, participants share stories of cancer survivors as well as those who lost their lives. [KPAX]

Montana State University is now one step closer to having a new nursing education building in Great Falls. Benefits Health System announced Wednesday that it has signed a letter of intent to donate two acres of land for the building. MSU received a $101 million donation in August to build new nursing education facilities in the university’s five campuses across the state. [KRTV]

Since 2015, Family Promise of Great Falls has been dedicated to ending childhood homelessness. Recently, they began moving into a facility that represents another tool in achieving that mission. With the help of AmeriCorps volunteers and community stakeholders, Family Promise is furnishing Promise Place, a Great Falls duplex that can house up to two families of six. Cari Yturri, the director of Family Promise of Great Falls stated, “We want to have a shelter for families because right now we’re housing them in hotels and that’s just not ideal, especially for children.” In a press release, Family Promise stated that it will continue to offer services such as eviction prevention, landlord mediation, emergency sheltering at hotels, emergency food, and shuttle transportation. [KRTV]

Missoula firefighters anxious to “skate up” for charity event’s return

Missoula area firefighters are anxious to strap up the skates and grab hockey sticks to get back to making money for local charities with Fire on Ice. Beyond being very fun for the firefighters, this event is all about raising money for local charities, and they have raised a lot over the past decade. There has been amazing support from the Missoula community and surrounding area as they have raised over $70,000 in the past 10 years, all going toward charities. [KPAX]

In Havre Montana, Hi-Line Curling Club vice president Andrew Herbina described curling as “a mix between shuffleboard and chess on ice… it’s very strategic but at the same time you can have all the strategy in the world but if you don’t hit your marks it doesn’t matter.” The club currently has around 100 members and is one of six clubs located in Montana. [KPAX]

Clips shot by filmmaker Colin Ruggerio are part of a unique non-invasive mountain lion study held by MPG researcher Joshua Lisbon. The men combined their talents to create a film called “Tracking Notes. The Secret World of Mountain Lions” that will premiere on Sunday, February 27 at the Missoula’s Wilma Theater as part of the annual Big Sky Documentary Film Festival. Both men say their film is unlike anything that people have seen before as the motion-detection trail camera system has been in place on the MPG ranch for over 10 years and has captured millions of video clips that offer an untrammeled view into nature. [The MSU exponent]

Products made by hand in new Missoula plant-based soap shop

A group of four workers is busy making batches of soap bars and soap bombs by hand in the new Buff City Soap shop in Missoula’s Northgate Plaza. The shop sells plant-based soaps that are sustainably sourced. The products are an alternative to commercial soap products that are full of harsh chemicals, detergents, animal fats, and sulfates. The store carries shower oils, body butter, laundry soap, pet care products, bath accessories, men’s care products, and other items. Customers can watch soap being made almost every day and can customize their products. [Missoulian]

Four Chaplains Day is a time when those around the country remember four military chaplains who sacrificed for fellow service members during World War II. One of the ceremonies happened at Our Saviors Lutheran Church in Laurel where American Legion Post 123 hosted the ceremony for the four chaplains who died when US Army Transport Dorchester sunk after getting hit by a German torpedo on February 3, 1943. Only 232 of the 902 young men on the boat survived the attack. “They gave up their life jackets to save four veterans on the ship,” said Richard Klose, Post 123 finance officer. Nationwide, they have been remembering and holding the ceremony since 1951. [KPAX]

Renovations planned to downtown Missoula building will hearken back to 1936

A dated building in downtown Missoula will get a facelift that hearkens back to the 1930s where an art dealer occupied the block before it was destroyed by fire. Brian and Karen Sippy of Apple Lane LLC, and the owners and developers of the new building plan to begin the $2.4 million project this year. Several buildings have occupied the site at 124 N. Higgins over the last century including the Missoula Meat Co. “We’re ready to bring this heritage building back downtown an increase our tax base,” said Brian Sippy. [KPAX]

Maple syrup usually makes people think about the northeast or Canada, but it can come from our backyards. Montana MapleWorks in Missoula already does this with four kinds of local trees. David Knudson, who runs the business shared “I’m creating a culture and teaching people a new type of foraging,” and he described how planting syrup-producing trees could even help farmers who want extra income and provide needed windbreaks. Knudson is part of the group that recently received $500,000 in U.S. Department of Agriculture funds to help build the industry in our region. Part of the reason they want to build an industry here is that it is faltering elsewhere due to climate change. [Boise State Public Radio]