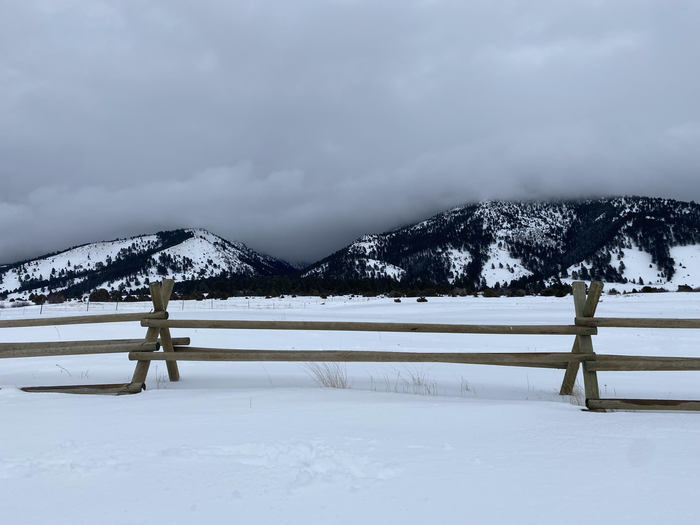 Vista Outdoor closed on Stone Glacier, a Bozeman company that makes outdoor gear and supplies, in December. Stone Glacier’s CEO, Jeff Sposito said the decision to sell to Vista Outdoor was to help keep up with Stone Glacier’s rapid growth and he believes this action would not affect much of what Stone Glacier does locally. The company will still have its headquarters located in Bozeman, with the same leadership but Vista will give the growing company access to resources on a much larger scale. Stone Glacier was founded in 2012 and has seen consistent growth since. The company initially began with three employees and has grown to reach seventeen people. They predict consistent growth rates, doubling their employee force in the next five years. [Bozeman Daily Chronicle]

Montana Shakespeare in the Parks brought in the New Year by celebrating their 50th anniversary and new touring winter show: The Complete Works of William Shakespeare. Beginning in the 1970s, a group of three actors would perform Shakespeare plays to small communities in Montana that over the years would grow immensely. They have performed in front of 1,500,000 people across five states. Their new production will be the first time the company has taken a winter show on the road, beginning at Montana State University Black Box Theatre which hosts its opening night on January 20th. [KPAX]

Kendra Joyce of Laurel recently began a business called “Cutting Fences.” She just completed her doctoral program in Occupational Therapy and is now sharing the stories of people in farm and ranch communities who have sustained an injury or have a disability. Joyce has a history in and deep love for agriculture, a passion to serve those who are challenged with a disability, and a drive to help in any way she can. During her podcast, she features guests ready to tell their stories of triumph over adversity. She states, “I love OT obviously, it’s why I’m going into the field, but I never imagined that I’d be able to combine the two.”

Her podcast is focused on reaching out and sharing stories of Montana farmers and ranchers who’ve suffered injuries or accidents and are dealing with disabilities, PTSD, and even suicide. Joyce said “I know that they’re emotional and I know they’re heavy, but these things need to be said. People are talking about suicide and that’s not something that I ever thought farmers and ranchers really would talk about because they’re not people that like to ask for help.” The Federal Centers for Disease Control and Prevention estimates that each day, about 100 agricultural workers suffer a lost-work-time injury. Several of Joyce’s podcast guests have stated the difficulty in sharing their story, but the reward they felt after as it served as a therapeutic experience and feel hopeful their stories make others in similar circumstances feel less alone. [KRTV]

“The fish are really healthy,” said Shannon Blackburn, Montana Fish, Wildlife, and Parks fisheries biologist based in Billings. Since twice-a-year surveys began in 1992, the fishery has seen some big swings in population due to periods of drought and high water. The fish are counted via electro-fishing where oars fitted with generators and electric probes temporarily stun fish, so they float to the surface, are netted, weighed, and measured. Blackburn stated “Rainbow trout numbers in the lower section have rebounded from historic lows in 2018. We saw a good range of size classes and sampled many small rainbow trout as well as large ones.” [Billings Gazette]

Twenty-four Native-owned small businesses are receiving $320,000 in grants available through the Indian Equity Fund, the Montana Department of Commerce announced. This fund is one of four financial assistance programs under the Office of Indian Country Economic Development at the Montana Department of Commerce, according to a news release. Grant recipients include RV parks, trail rides, construction, automobile shops, and more. [Yahoo News]

Jess Melin is the executive director of renewable development for NextEra Energy Resources. The company brands itself as the world’s largest generator of renewable energy from wind and solar. This 750-megawatt giant is NextEra’s first Montana project. Creating a wind farm comes with challenges, Melin described how finding a place to put the machines, securing willing landowners, getting product to market, and building a transmission can be daunting however, he has always thought Eastern Montana has the best people on earth which allowed the project to move smoothly. [Casper Star Tribune]

The chair of the Big Sky Passenger Rail Authority is optimistic that advocates of the passenger train service will be able to forge a good working relationship with BNSF when the freight carrier takes over from Montana Rail Link. Monday, Montana Rail Link announced it was getting out of the business, a venture started by investor Dennis Washington in 1987. BNSF has a long track record across the nation of working collaboratively with passenger rail interests, leading to his optimism in working with the company in the future. [Q2 Billings]

Lauren Monroe Jr.’s work is selling off the shelves in Dillard’s. His artwork starts out as canvas paintings with bright colors and imagery, which he then converts into items like blankets, throw pillows, and handbags. His goal for his art is simple, “I just hope they like it. Everything speaks to different people all the time and if they see something that I may not, if they see something different, I hope they enjoy it.” Monroe said. His work is currently being sold through Dillard's Montana Shop line, so it is only available in Montana. Monroe added that the response his artwork has received has been surreal and he expressed gratitude for the opportunity. Currently, the stock is limited, but the next big order should arrive in Missoula and Billings in the next couple of weeks. [Montanarightnow.com]

Days before Missoula’s holiday drive ends, the food bank announced it reached its goal of $300,000 and they continued to push until the new year. This is the highest goal the food bank has set for their annual holiday drive and according to Aaron Brock, executive director, they increased the annual goal because of high demand stemming from the pandemic. From January to October 2021, the food bank reported serving over 32,000 people. Brock is gracious to have met the goal and is working to keep pushing to serve the community even better through expanding school programs and working to buy more local foods, fresh foods, and by boosting the local economy. [Montanarightnow.com]

On January 12, the Assiniboine and Sioux Tribes of Fort Peck Indian Reservation completed the transfer of 28 Yellowstone bison to the Fort Peck Indian Reservation in Poplar, Montana under the Bison Conservation Transfer program. All the bison completed phases 1 and 2 of the brucellosis quarantine protocol at Yellowstone National Park and the Animal and Plant Health Inspection Service facilities and will finish assurance testing at Fort Peck. The transfer is the result of many partners working together and to expand the program, Yellowstone has partnered with Yellowstone Forever and the Greater Yellowstone Coalition to increase the capacity of the facility within the park from holding 80 animals to 200 animals. Improvements will be completed this winter. [KULR8]

The adoption center is honoring the late Betty White by raising money for animals, spurring from many people expressing interest in the Betty White Challenge. White was a long-time advocate for animal welfare, so after she passed away on December 31, people started encouraging others to donate money in her name toward helping animals. Donations have been pouring in and the marketing director of the adoption center, Misha John stated “It really just puts this warm feeling in my heart seeing how many people really do care. It’s lovely to see something like this go viral. It’s not the best circumstances, but it’s always lovely to see everybody come together.” [KRTV]

This year’s severe drought certainly took a toll on Montana’s overall wheat and barley production, creating challenges for farmers and organizations like the Montana Wheat and Barley Committee which seeks to help farmers. Despite checkoff dollar collection being projected to decrease 50% this year because of lost production, the MWBC remains focused on funding important research projects. Chairman Mike O’Hara described that many research projects are multi-year endeavors. He stated, “We’ll find a way to fund these programs”. Another priority for 2022 will be promoting Montana’s high-quality wheat and barley to important international customers. O’Hara said that in both good times and bad, the MWBC remains committed to helping farmers raise better crops and increase their own profitability while reminding global customers that Montana is open for business. [KRTV]