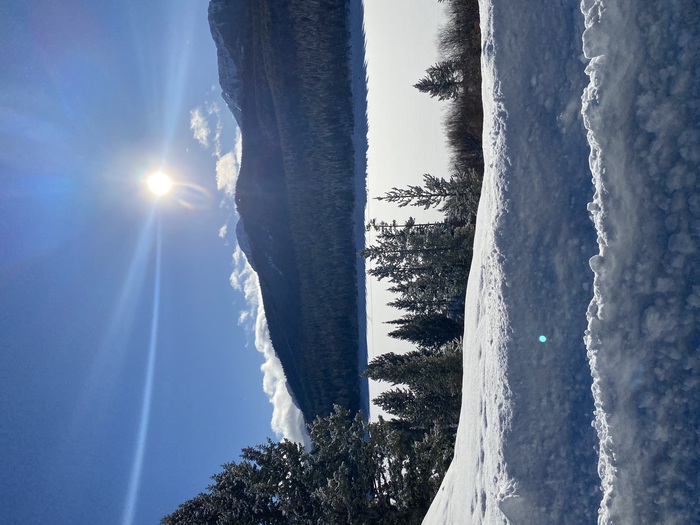 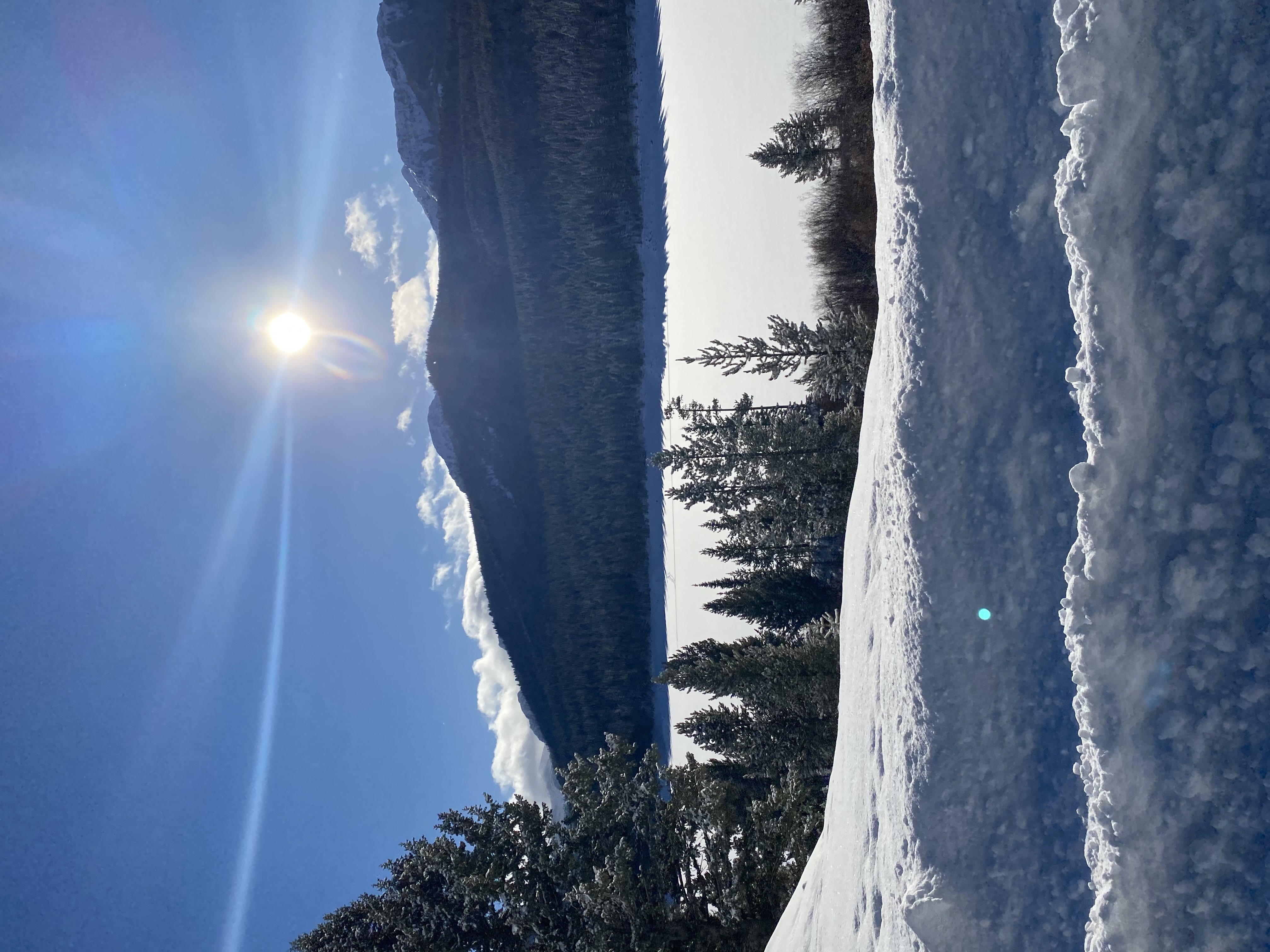 Glacier Park International Airport will receive $14.5 million in federal funding from the bipartisan infrastructure bill. The bill aims to provide funds for future upgrades and investments in Montana’s infrastructure. The airport is in the middle of an expansion that would triple the current square footage. The Glacier Park International Airport recently broke its 2020 visitation record of 425,176, totaling 826,096 visitors in 2021. Airport director Rob Ratkowski stated that the current airport expansion will be complete by spring 2023. “We’re hoping that this money is going to maybe help us take a bigger bite and actually get ahead of the growth and hopefully do more projects than we had actually planned,” said Ratkowski. [NBC Montana]

Montana Governor joined Carroll College leaders on Tuesday to celebrate a new grant, supporting workforce development efforts. Carroll received $440,000 through the Accelerate Montana partnership which will pay for 32 scholarships - $12,500 each for 16 students in the college’s Accelerated Nursing program and 16 students in the Master of Social Work programs. Carroll President, John Cech stated the immense impact and opportunity to be part of the solution of healthcare workers in Montana this grant will provide. Lauren Swant, director of Carroll’s nursing program described the difficulty that students face when seeking financial aid and the fact that the program’s accelerated timeline makes it difficult to work at the same time, making scholarships particularly helpful. [KPAX]

After a college course triggered a business idea, two Montana State graduates launched Farmented Foods where they sustainably ferment farmer’s byproducts into probiotics. Vanessa Walsten and Vanessa Williamson were paired up for a class project where they worked with farmers to transform ugly vegetables, like sprout carrots that appear deformed, into sellable fermented products. Throughout the next year, Walsten, who now has a degree in sustainable food systems, and Williamson, who has a degree in business marketing, continued developing the company after their MSU course ended. They sell radish kimchi, dill sauerkraut, and spicy carrots which they learned to make while they were in school. Fermented Foods’ jarred products are all fermented with fresh, local vegetables and processed with spices where they sit in a 55-gallon oak barrel in Kalispel. Farmented Foods is distributed from the Flathead Valley to southwest Montana and Jackson Hole, Wyoming. Walsten recently set up a processing headquarters in Kalispel where she and her other business partner, Ethan Hamilton, also launched Le Petit Cafe in the Gateway Community Center. [Flathead Beacon]

The Montana Learning Center reported record use of its three state-of-the-art observatories, offering learning opportunities to more students and educators than ever before. Data compiled by the University of North Carolina - Chapel Hill indicates that since the Montana Learning Center started working with students and teachers on the Perez Observatory in 2020, more than 2,500 users have completed and downloaded more than 38,000 light exposures. The center provides telescope instruction for educators across Montana, Idaho, Washington, and Oregon through Montana State University. This semester, 11 educators are participating in the spring course, where they will learn to operate and collect data from the observatories and incorporate telescope use and research into their curriculum. [NBC Montana]

Each year, the National Distinguished Principal Program selects one principal from each state to set standards in education and build on the foundation of learning. Representing the state of Montana is principal Shelley Andres from Bonner School District. Students and staff at Bonner School District know what leadership is because of the ways in which Andres displays it each day. Alongside principals from across the US, Andres will discuss funding. She will sit on panels, advocate for educators, mentor others in her field, and will even meet the President of the United States. [KXLF]

Evan Andrews of Butte always wanted to be a ninja warrior but access to ninja-training-specific gyms in Montana is a rarity. Luckily, Evan’s father and grandfather converted their garage into a ninja warrior-style gym. Evan will be 17 by the time he heads down to San Antonio in late March and will be able to compete with adults. He upped his training regimen to six days a week for at least three hours after school. “In a lot of courses on Ninja Warrior there’s a time limit, so that’s really where endurance and going fast comes in,” stated Evan. His gym is made up of 2 x 4s and whatever parts they could scavenge together, but Evan believes his success on the show will come from hard work. [KPAX]

Butte Symphony to play for more than 1,000 listeners

Patrons are expected to pack performances of the Butte symphony including 1,200 5th and 6th graders from across Southwest Montana who will enjoy their annual children’s concert on Friday. Butte Symphony, Montana’s original and oldest symphony, is made up of volunteers aged 18 to 84 who play for the love of music and love of sharing it with others. They will perform “Movies and their Music” at the Mother Lode Theater. [NBC Montana]

Filmmakers involved with the new Washington Post Opinion documentary, “Bring Them Home,” offered the University of Montana journalism students advice and insight into behind-the-scenes details of producing their film. The film intersects journalism and filmmaking and will premiere at the Zootown Arts Community center and will also be available for online streaming through March 3rd. [Missoulian]

What started as a librarian trying to learn sign language has grown into a community of members wanting to learn American Sign Language (ASL). Inside a rural community library, one woman is bringing people closer together. Nicole Weitzman has used her deafness as a strength, bringing the town of Boulder into a more accessible community, “It’s very cool because not a lot of people want to learn, not a lot of people want to be around people with disabilities, so just being in a town that is a really small community and people want to get to know you and the way you get to know me better is to sign with me.” According to the National Institute of Deafness and Other Communication Disorders, two or three out of 1,000 children are born with a detectable level of hearing loss in one or both ears. The library is open to kids and adults who want to learn ASL on Wednesdays and Thursdays. [KBZK]

MSU announces a $50 million gift from the Gianforte Family Foundation

On February 25, MSU announced a $50 million gift from the Gianforte Family Foundation, continuing more than 20 years of philanthropy to the university. The Foundation’s gift is dedicated to constructing a new building to house the Gianforte School of Computing and computing-related fields such as cybersecurity, optics, and photonics, electrical and computer engineering, and creative industries. The gift ties the second largest in the University’s history and is one of the largest philanthropic gifts in the history of Montana. The new building will significantly benefit students in the high-demand field of computing and its technologically related creative industries, said John Paxton, director of the Gianforte School of Computing at Montana State University. [KBZK]

The $67 million project has been funded through the American Rescue Plan Act fund as well as Federal Aviation Administration funding and is set to come in at or below the planned budget. As Missoula’s population grows, airport expansion has been an infrastructure priority. The new terminal will boast an array of new features for visitors, including floor-to-ceiling glass windows showcasing the views of Missoula, an observation deck, improved Wi-Fi, spacious bathrooms, and more. Phase two and three of the expansion will improve the old terminal and provide even more features, set to be complete in 2025. Additional expansion is contingent upon additional congress funding, which Senator Tester believes is likely to be obtained. [NBC Montana]

Melissa Robbins, Whitehall High School Principal, has been awarded a Department of Defense Patriot Award in recognition of extraordinary support of her civilian employee serving in the United States Army Reserve 7252 Medical Support Unit, Staff Sergeant Zachary Kozikcy. The award was developed to publicly recognize civilian employees who provide outstanding patriotic support and cooperation to their civilian employed serving in the guard or reserve. [Whitehall Ledger]

Ever since he was 16, Big Sky native and snowboarder Holden Samuels said he has wanted to be on the Freeride World Tour. After claiming the top spot on podiums at two recent freeride competitions, that dream is in reach. Holden, now 22 years old, finished first in two four-star Freeride World Tour qualifying events and currently ranks first in the International Freeskiers and Snowboarders Association Region 2, which includes Canada, South America, and the United States. [explorebigsky.com]

A Bozeman School District club’s efforts to get solar panels for a building are moving forward following a presentation to the school board. The club has been raising money for solar panels for Bozeman High School for the last three years and presented solar options to the school board in December. The students outlined two solar array options for the school, a 50-kilowatt system that would allow it to put energy back into the grid and a 200-300-kilowatt system that would essentially allow the school to operate off the grid. Junior, Olivia Yochim stated, “With this resource that literally comes up every single day, why not make the most of it? It doesn’t have a negative impact on our ecosystem, and it helps it to thrive so why not make the most of a constant resource.” The club, which has around 20 students from both high schools, spun out of a service program called AP with WE, which encourages students to apply what they’re learning in AP classes to the real world. [Bozeman Daily Chronicle]

DREAM Adaptive Recreation has been creating job opportunities in northwest Montana for athletes of all ages and abilities since the 1980s. The Whitefish-based organization was founded by a group of locals who noticed that the Flathead Valley was very focused on outdoor recreation, but it was not very accessible. “DREAM’s mission is to enhance the lives of people with disabilities by providing year-round outdoor adaptive recreation. So, we want to empower folks through the great outdoors,” said executive director Julie Tickle. DREAM offers downhill skiing, snowboarding, and Nordic skiing in the winter. During the summer they offer activities like wakeboarding, kayaking, and mounting biking. [KXLF]

The Montana State University Alumni Foundation is hiring for an Administrative Assistant. This position is responsible for delivering high-quality administrative support to the development team. The Alumni Foundation is a nonprofit corporation with the mission of cultivating lifelong relationships and securing private support to advance MSU. If this position aligns with your career goals, apply on our website.

Montana State University is hiring for a Project Manager. This position involves exercising initiative and good judgment while prioritizing workload to meet deadlines with minimal supervision. The Project Manager will organize multiple work assignments, meet deadlines, and exercise adaptability to changing priorities. Applicants should have good communication skills, have the ability to build a sense of teamwork, and represent the department and MSU to others in a professional manner. If you would like to apply for this position, you can do so on our website.