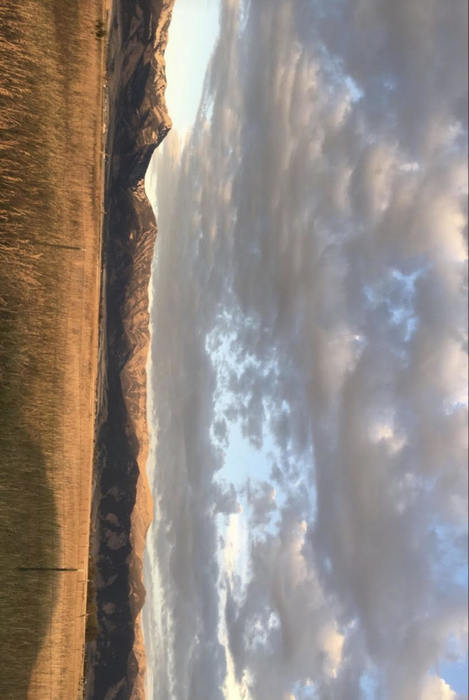 A Utah-based outdoor gear retailer is moving into a historic building in downtown Bozeman. Backcountry, an online retailer of outdoor gear and apparel is slated to move into the old Gallatin Laundry Company building at the corner of East Babcock Street and South Bozeman. The Gallatin Laundry Company, which operated as a laundry company until 2017, was renovated and restored, said developer and owner Rob Lateiner of Virga Capital. Backcountry is set to open in the summer of 2022, and senior vice president Chris Purkey shared his excitement for Backcountry’s move to historic downtown Bozeman that he believes will help support the vibrancy of the mountain community. “The building has fantastic bones. We peeled back some layers to expose the original craftsmanship, including reclaimed timbers that were shipped from a building in New York City in the 1910s,” stated Lateiner. Workers restored the original bricks, doorway arches were preserved, and the neon sign was restored and relit for the first time in decades. [Bozeman Daily Chronicle]

Mariah Gladstone, a Blackfeet and Cherokee woman from Babb in Glacier Country, has found the recipe for success through her online cooking show, “Indigikitchen.” The show uses digital media as a teaching tool that revitalizes knowledge of traditional indigenous food. She began making her videos in 2017, and they have taken off. “I think people, whether native or non-native, are starting to be interested and excited with connecting healthy food systems and local food systems. That’s why making these recipes digitally accessible is so important,” shared Mariah. Maria’s primary concern is the healthiness of each dish and using delicious ingredients that are locally accessible. She does not plan to stop the flow of recipes anytime soon and states that she continues to learn. [Q2]

With four kids, co-owners Jason and Jen Marble already have a big family in the traditional sense, but it is far larger when they come to work. “I half-jokingly say we have 40 children between our staff and our actual kids,” Jason shared. Last month, The Marble Table was named as one of 30 semifinalists for the James Beard Foundation’s best new restaurant in the country award. Jason shared that he did not believe they would ever get a loan or be able to afford their own restaurant, but that everything fell into place, and they got to the point where they could not pass the opportunity up. Jen shared that there are an impressive number of phenomenal restaurants in Billings and that they are all one big family. [KPAX]

Made in Montana Trade Show is back at Lewis and Clark County Fairgrounds.

The “Made in Montana” icon began in the mid-1980s, and the annual trade show followed soon after. With hundreds of wholesale, in-state, neighboring states, and Canadian buyers making an appearance, last weekend was full of authentically made goods. There were 115 different exhibitors to see who brought their products from all across the state. More than 3,000 shoppers arrived at the event by noon. [montanarightnow.com]

Montana Secretary of state Christi Jacobsen congratulated the Best in Show honor winners at 2022 Made in Montana Tradeshow last weekend. Windrift Hill of Conrad took home the top honor on Friday afternoon, while Montana Block of Billings and Lake Missoula Tea Company of Missoula were also honored. Windrift Hill creates all-natural goat milk soap, lotion, and body butter using farm-fresh goat milk. The family-owned business has products for sale in the US and internationally. Montana Block is a small, family-owned business based in Billings that prides itself “on building functional, high-quality, and unique wooden kitchen products, specializing in end-grain butcher blocks.” Lake Missoula Tea Company opened in 2012 and carries teas from small-scale farms worldwide. They pride themselves on the relationships formed with source farms and delivering high-quality products for customers in Montana and beyond. [Media Center]

A new investment platform has been launched to empower Montana businesses to raise investment capital directly from the general public, helping entrepreneurs start and grow their businesses. Crowdfund Mainstreet and the Missoula-based Center for Community Ownership have collaborated to create Crowdfund Montana. Montana businesses and organizations can post offerings in this investment crowdfunding portal that anyone can invest in, regardless of income levels. Investment crowdfunding is similar to traditional methods (such as Kickstarter or GoFundMe), where many people come together to fund projects. It differs because it allows the funders to receive a financial return on their contribution and, in some cases, own shares in the companies they are funding. It is a true investment, not just a donation. [Whitehall Ledger]

In recognition of its efforts to help student veterans succeed, MSU has been named a Top Ten Military friendly school, ranking third in the nation among peer institutions. This honor is MSU’s highest ever from the organization. MSU was ranked ninth last year, it earned a gold ranking in 2020 and a silver ranking in 2016. Joseph Schumacher, director of MSU Veteran Services, shared that this ranking is a testament to a “huge team effort” to provide support and resources to student veterans. “There are so many gems on our campus - so many people and programs doing incredible things. Once we connect students with these resources, and they utilize them, we see success,” shared Schumacher. MSU Veteran Services offers many ways to help student veterans succeed, including a veteran mentor program, a dedicated veteran counselor who, in partnership with MSU Counseling and Psychological Services, offers free and confidential counseling to veteran students, emergency transition services, and free tutoring and advising. [Montana State University]

The Montana Facility Finance Authority (MFFA) and the Department of Commerce announced a new financing program for businesses to save money by installing energy efficiency, water conservation, and renewable upgrades to their buildings. This program allows business owners to use the savings from energy and water efficiency upgrades to cover the cost of installation, allowing them to make significant upgrades to their facilities at no net cost to the business. Montana joins the ranks of states including Minnesota, Washington, Texas, and Utah to provide businesses with this type of financing structure. More than 37 states have approved C-PACE financing, and in the past ten years, $4 billion of C-PACE financing was used nationally. [Montana Department of Commerce]

Big Sky ‘BASE’ community center opens to the public

The new Big Sky community center, BASE, has its grand opening on Sunday, March 13th. ‘BASE’ stands for “Big Adventure Safe Environment,” which will be Big Sky’s first community and recreation center. Planning began for this facility in 2018 and has since raised more than $20 million to purchase a 3.3-acre parkland to build a new ice rink and 27,000 square foot community center. BASE features a climbing and bouldering wall, a full gymnasium, a fitness center, basketball courts, and more for indoor and outdoor activities. [NBC Montana]