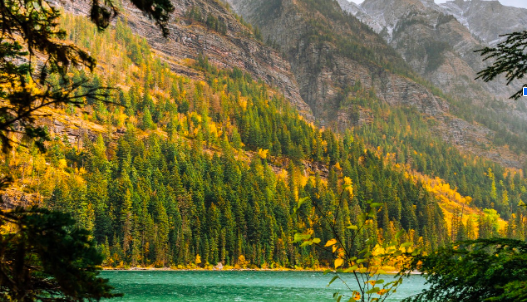 We aren't so certain April "snow" showers bring May flowers. No matter, jump into May with this week's skim of Montana business news below.

The Hellgate Venture Network celebrated its 10th anniversary recently, acknowledging a now-substantial history of monthly meetings and networking events for hundreds of Montana start-ups. The Missoula organization connects Montana businesses to resources or other local companies that can help with background logistics like finance, hiring and site selection. “Entrepreneurs have a really rough road, and it’s hard to have somebody to talk to in your organization if you’re the boss. You don’t really have a peer-to-peer network of anybody you can confide in,” Hellgate Venture Network co-founder and Goodworks Ventures CEO Dawn McGee said. The monthly meetings include a short presentation by an entrepreneur who has overcome a challenge or struggle in the business world. Networking always follows, McGee said. About 900 people have been part of the Hellgate Venture Network community. [Missoula Current]

The Bozeman Yellowstone International Airport has seen a 23 percent increase in passenger traffic so far in 2019 and is once again on track to have a record-breaking year. “Just like everything else in the valley, it’s hard to imagine where we’re going,” said airport director Brian Sprenger. Over the last nine years, passenger traffic has doubled and is estimated to reach 1.3 million people in 2019 and 1.6 million in 2020. Sprenger said this growth isn’t contingent upon tourists and is because of the area’s strong economy. To manage the growth, the airport is expanding the terminal about two years earlier than initially scheduled, completing $2.5 million in infrastructure upgrades and nearing completion on a $30 million parking garage. [Bozeman Daily Chronicle]

On the most recent episode of Montana Public Radio’s series Can Do: Lessons from Savvy Montana Entrepreneurs, angel funder Pat LaPointe drills into the details of accelerating the growth of early-stage tech companies in Montana, and why it matters. As an angel funder, LaPointe provides not only capital but mentoring and networking opportunities to tech-based startups in Montana and nearby states. He also serves on the board of several companies he's helped develop. Pat is the managing director of Montana-based Frontier Angels, and the author of Marketing by the Dashboard Light. He recently helped launch Early Stage Montana, a coalition of Montana organizations that trains and mentors entrepreneurs. Statewide Showcase, its 2018 business competition, gave seven Montana companies a chance to pitch their businesses. Within a few months of completing the program these companies had raised over $3 million to fund their development. Hear more from Pat here. [Montana Public Radio]

A pair of Montana entrepreneurs believe they’ve come up with a business model that will empower women to pursue good careers, earn a great wage, stay in the workforce and help alleviate the affordable childcare availability crisis. And investors are convinced they've got a good idea, too, as they recently secured $5.95 million in venture capital, the largest seed funding round in Montana history. Co-founder and CEO Erica Mackey and her business partner, Elizabeth Szymanski, founded MyVillage, a company that helps people start childcare programs in their home and run them successfully. The company handles all the back-end business headaches that childcare business owners, such as liability insurance, government licensing, marketing, software, scheduling, accounting, billing, records and client communications. They also provide childcare-specific resources such as curricula options, local mentors, food recipes, time management, financial consulting and shared best practices. And Mackey says running an in-home childcare business caring for just six kids at a time, full-time, can earn someone up to $66,000 a year in Montana or Colorado. MyVillage's recent seed funding round of nearly $6 million in venture capital was mostly from private equity firms that had never invested in Montana or childcare before. “Acumen America invested in MyVillage because it has the team, strategy, determination and moral imagination to challenge the status quo of childcare in the U.S.,” said Catherine Casey Nanda, director of the venture capital firm. “The company has a scalable solution that will work in every state to solve the national childcare crisis.” Anyone interested in learning more about starting their own in-home childcare business with MyVillage in Montana, they can start a conversation here. [Missoulian]

Those working to incubate Montana’s bioscience industry and take it to the next level will focus on developing the workforce needed to fill new Montana jobs created in the process, saying it’s a critical piece to growing the emerging sector in Missoula. A $500,000 annual award from the U.S. Small Business Administration (SBA) will help get the process started. The grant was one of seven issued nationally this month by the SBA, something local experts see as a nod to the industry’s future. According to Nicol Rush of the Missoula Economic Partnership, the SBA recognized the work taking place in Montana’s burgeoning bioscience industry and awarded the grant to further develop it. The collaboration involves several key players, including the University of Montana, MonTEC, the Missoula Economic Partnership, the Montana World Trade Center, the Montana Bioscience Alliance and Swan Valley Medical. The goals are simple, at least in concept, and include communicating to the outside world the work taking place in Montana while providing the technical support to expand research and development. It will also look to the success of the university’s collaboration with ATG and Cognizant, which recently launched a program to train students for current and future Montana jobs within the company. The global tech firm has plans for additional growth in Missoula, and it’s relying in part on UM to help develop the necessary talent. [Missoulian]

As the tech industry grows in Montana, are women growing with it?

As the tech sector grows rapidly, women are making gains in Montana. In 2017, Inc. magazine used data from the U.S. Census Bureau to determine that Montana had the highest percentage of women-owned businesses in the U.S. The same year, Montana was also No. 8 on the list of states with the highest employment vitality for women-owned businesses, a list created by American Express. According to longtime veteran of Bozeman’s tech world, Susan Carstensen now of Yellowstone Growth Partners, the business climate for women in Montana doesn’t look like it did when she first started. “The difference between 1995 and today, I think, is pretty dramatic,” she said. Additionally, according to Suzi White, Prospera’s Women’s Business Network director, there are more resources than ever and several organizations throughout the state dedicated to advancing women in the workplace. And evidence of the changing landscape can be seen in examples such as OnX (hiring). Shortly after the Missoula-based hunting app company closed a $20.3 million growth equity investment deal, they hired a woman, Laura Orvidas, to run the company. Orvidas came with 19 years of experience at Amazon. Still, as women make gains, leaders say there is work to be done. According to Christina Henderson, executive director of the Montana High Tech Business Alliance, “I think part of the challenge is the lower percentage of executive leaders,” she said. “Women can feel outnumbered or feel like they’re the only woman in the room.” [Bozeman Chronicle]

GlaxoSmithKline (hiring) has announced investment of $100 million in its manufacturing site in Hamilton, Montana. British-based GSK said in a statement released Wednesday that it will expand the production capacity at its Hamilton facility, where it produces components used in several vaccines, including ones to help prevent malaria and shingles. Over the next few years, the company says its Hamilton site expansion is expected to add a combination of temporary construction and contracting Montana jobs, as well as new permanent Montana positions, including scientists, engineers and manufacturing and quality professionals. [The News & Advance]

The Montana Code School, a provider of coding bootcamps in Missoula and Bozeman, and ROCK 31 the entrepreneurial program operated by Big Sky EDA, are pleased to announce the launch of a full-time coding bootcamp in Billings this summer. The 12 week full stack junior developer program will begin in early June and will be housed in the Billings offices of Zoot Enterprises. Montana Code Schools programs train individuals with little or no coding experience to be ready for entry-level software developer jobs or related career tracks in the high tech industry. “We’re excited to bring the Montana Code School to Billings.” said Montana Code School Executive Director Paul Gladen. “Over the last three and a half years, more than 150 students have graduated from our programs in Missoula and Bozeman with the substantial majority securing tech savvy jobs with many of Montana’s leading and growing high tech companies – including ATG (hiring), LumenAd (hiring), PrintingForLess (hiring), Workiva (hiring), Submittable (hiring) and Zoot Enterprises (hiring).” [Montana Code School]

A proposal for the development of a dairy processing facility on property owned by Madison Food Park (MFP) was submitted to the Cascade County Planning Board last Thursday. The principal owners of the park intends to develop Big Sky Cheese, which will principally process fresh milk supplied by local and regional dairy producers into a variety of cheese products, according to a special use permit application submitted last week. The application states Big Sky Cheese plans to build a primary dairy/cheese processing building and a secondary building/shop. The dairy processing building will also include a retail area for sampling and purchasing cheese products. Five to 10 full-time employees are anticipated at this time. The application states the venture is expected to create Montana employment opportunities and positions for laborers, and skilled and management level jobs. [KTVQ]

In a recent Finance Online article, the 20 best grant management software out in the market today were evaluated based on features, functionalities and pricing. The article names Missoula’s Submittable (hiring) as #1 noting it is an all-in-one application management software that simplifies the grants management process for different organizations. With its customizable and streamlined workflow and flexibility to integrate with several third-party applications, Submittable clearly took the cake. Read the full report here. [Finance Online]

A labor report commissioned by business leaders shows that Gallatin County is facing a tight labor market, and adequate childcare supply remains a challenge for the workforce. The report compiled by the Montana Department of Labor and Industry covered everything from wage growth to migration patterns in Gallatin and Park counties. It was commissioned by Gallatin College, the City of Bozeman’s Economic Development Department and the Bozeman Area Chamber of Commerce. The report’s findings aren’t surprising, said Brit Fontenot, economic development director for the city. Gallatin County has the capacity to care for 33% of its children under five years old, and the average cost of childcare for two young children is 21% of the median family income. The presentation also named transportation costs as a barrier. Transportation expenditures as a percent of income totaled 9.7% in Montana, compared to the U.S. average of 7.4%. In a pricey housing market, things like childcare and transportation costs can have a huge impact on the area’s workforce, Fontenot said. The report further identified that over the past five years, Gallatin County added the most construction jobs statewide, and real estate was one of the fastest growing industries. Data from the report will be distributed to several agencies and organizations to help them prioritize needs in planning for the city’s future, Fontenot said. Gallatin College will use the information to determine what kind of programs it should offer, and the city can pull information from it for businesses that inquire about opening up or expanding to Bozeman. [Bozeman Daily Chronicle]