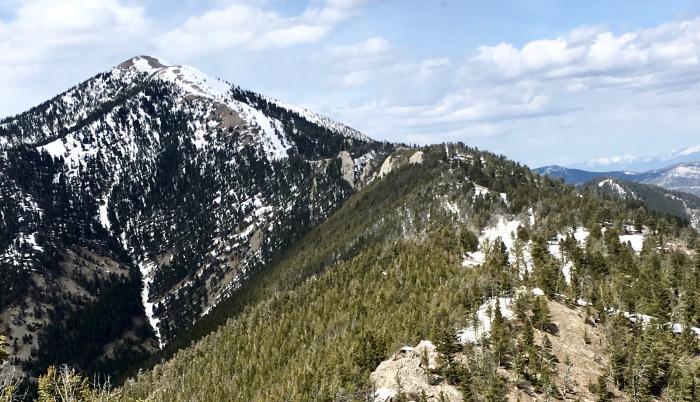 Apparently warmer days are just around the corner! Jump into the upcoming Mother's Day weekend with a huge appreciation for all the amazing, influential moms out there...and while also taking a quick minute to scan this week's skim of Montana business news below.

Cognizant’s Advanced Technology Group hired 26 students who graduated from the company’s first class in a new specialized training program at the University of Montana last week (and still is hiring!). The program, called All-In Missoula, trains students in business essentials, consulting, systems analysis and design, data analytics and more. The goal is to prepare students, with the help of UM, to work for companies like ATG and Cognizant. University of Montana president Seth Bodnar and ATG senior vice president of strategy and corporate development Tom Stergios planned the program in a matter of months, and are happy to have new employees joining the ATG team. The 12-week program at Missoula College pays students a living wage while they train and provides instruction by UM faculty. At the end, participants can interview for possible employment with ATG and Cognizant. The Cognizant ATG Missoula Solution Center employs about 90 employees in Missoula, with plans to expand the workforce to 125. About 175 employees work for ATG across Montana. Using the program to recruit employees is a viable way to provide Missoula with good-paying jobs while growing ATG’s workforce, said Amita Greer, manager of All-In Missoula. The company plans to have four to six cohorts graduate from the program. [Missoula Current]

NorthWestern Energy (hiring) has reached an agreement with a 150-acre Billings solar farm large enough to power 4,900 homes. Meadowlark Solar is expected to come online in 2021. The 20-megawatt project is one of several in the works for the Billings area, but the first to receive an agreement with Montana’s largest monopoly utility. Developer Mark Klein said the project would be built as a Community Renewable Energy Project, or CREP, and as part of a bigger state plan for utilities to get a small percentage of their electricity from renewable energy projects. The cost of the electricity from Meadowlark Solar won’t be revealed for several weeks, but developer Klein said the privately funded $18 million project’s margins are tight, and the rate should be favorable for NorthWestern Energy customers. [Billings Gazette]

Economic development (as expanding businesses and attracting new ones) is still a central mission behind the Missoula Economic Partnership. But, as of late, it goes beyond those two flagship goals. According to Greant Kier, president and CEO of the Missoula Economic Partnership, “We have traditionally talked a lot about jobs and the economy, but fundamentally, I think we’re all in the same work together, and that’s how we give human beings in our community an opportunity to put their efforts and passions into opportunities and challenges that give them meaning in their lives.” And it’s with that focus that the organization is expanding its focus beyond business attraction to tap what Kier sees as the deeper elements of economic development. Among them, the organization looks to serve more as a facilitator between the community and outside opportunities. That includes finding ways to fund community needs and assets by attracting private capital into projects that carry a public benefit. While MEP adjusts its focus to touch on housing and other local challenges, it will continue to work on behalf of businesses, including those looking for state grants to grow their local workforce. [Missoula Current]

Missoula beekeepers develop app that ‘listens’ to a hive’s health

Honeybees can communicate the health of their colony by the frequency of their buzzing, and an app can help translate that to beekeepers thanks to a group of Missoula scientists. The Bee Health Guru smartphone app listens to bee colonies and can report in seconds to a beekeeper whether the hive is well or ailing. The app can even tell if the queen has died, if the hive is infested with Varroa mites, or if the colony is failing. In all, it listens for eight different conditions, using a smartphone’s microphone. Since 2006, 20-40 percent of bee colonies in the United States have suffered “colony collapse.” Therefore, scientists are always looking for a better means of assessing the health of a hive. The new app will also help beekeepers determine what certain issues look like and explain what they are. An online beekeeping community is also built into the system. The group has started a $13,000 30-day Kickstarter campaign to help fund further development, including improving the app’s functionality for different phone types and getting other beekeepers to use the app and report feedback. Using artificial intelligence, the app will learn to listen and adjust with time. [Missoula Current]

Governor Steve Bullock recently signed into law House Bill 52, one of his priority pieces of legislation which reauthorizes a set of tools that support business growth and entrepreneurship. “The success of Montana’s economy over recent years is not by accident, it’s because of forward-looking policies that support the growth and development of our small businesses and entrepreneurs in every corner of the state,” Governor Bullock said. “The bipartisan reauthorization of these tools will strengthen this legacy for our small businesses and for our economy in the long-term.” Since Governor Bullock’s time in office, the economic development tools reauthorized in HB 52 have leveraged assets of $667.5 million, have helped more than 15,000 small businesses expand their footprint, and have supported more than 12,000 Montana jobs. The economic development tools were originally signed into law by Governor Marc Racicot in 2000 and renewed in 2009. The signing of HB 52 prevents the programs from sunsetting on July 1, 2019. “It’s only appropriate that a bill to continue successful investments in small business growth and good-paying jobs across the state will be signed into law during Economic Development Week,” said Rep. Jim Keane (D-Butte), sponsor of HB 52. “This will allow us to utilize coal revenue for the next 8 years to ensure that Montana's economic development continues long into the future.” [Montana Department of Commerce]

Missoula Economic Partnership grants manager Nicole Rush told City Council members this past week that companies she’s working with in Missoula could create 400 new high-wage Montana jobs over the next year. Rush works with local companies, along with Missoula County and the Montana Department of Commerce, to apply for Big Sky Economic Development Trust Fund grants, which partially reimburse businesses for creating good-paying jobs that bring money in from out of state. “Since 2013, we’ve helped 24 companies create 532 jobs in Missoula,” Rush said. “Collectively we’ve received $3.7 million in (grant) support.” “Missoula has secured more of these grants than any other city in Montana,” she said. “We have $2 million in pending applications. The next round of applications have six companies interested in just that round. We think over the next year those companies might create 400 new Missoula jobs." [Missoulian]