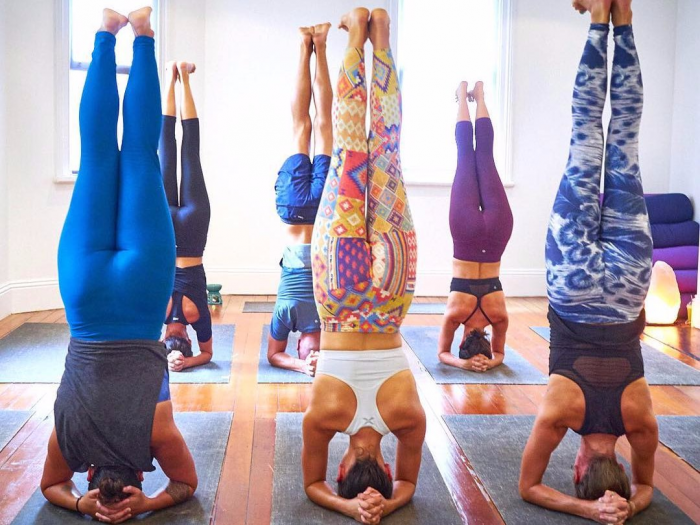 A Nebraska-based manufacturer, Elemental Scientific Lasers, recently acquired Bozeman-based New Wave Research, a photonics company, and plans to relocate the company’s production facility from Singapore to Bozeman. The company, which specializes in spectroscopy technology - a method of identifying material using light – plans to hire five new employees locally and hopes to further expand its Bozeman office. It is expected that localization of production is also a positive move for area suppliers. According to data from the Montana Photonics Industry Alliance, the photonics and optics sector in the Gallatin Valley currently employ more than 500 in the area. [Bozeman Chronicle].

ClassPass, who we covered in our weekly roundup last week, has now won approval to apply for a $345,000 state-funded grant so long as it creates 45 relatively high-paying jobs over the next year at its new office in downtown Missoula. The funding would come from the Montana Department of Commerce Big Sky Economic Development Trust Fund’s job creation program. To get the top award of $7,500 for each new job that ClassPass is aiming for, the jobs have to pay at least $18.50 an hour. ClassPass worked with Nicole Rush of the Missoula Economic Partnership on the grant application. The company has said it plans to invest $5 million in Missoula over 12 years, eventually hoping to create as many as 150 jobs locally. In the near term, the company plans to fill 45 positions in Missoula in customer service, sales and account associate roles in 2018, and perhaps add 30 more jobs in 2019. [Missoulian]

Ken Fichtler, Chief Business Development Officer of the Governor's Office of Economic Development, recently stated in the 2017 Montana economic development report, “I am pleased to report that Montana's economy is strong and growing. Opportunities abound to create a more resilient and robust state economy, and we are fortunate to have diverse businesses, an outstanding workforce and abundant natural resources.” Key rankings discussed in the report include #4 for startup activity by the Kauffman Foundation, #1 for manufacturing GDP growth by the National Association of Manufacturers and #3 for the corporate headquarters tax rate by the Tax Foundation. Governor Steve Bullock was also quoted saying, “Montana is experiencing steady economic growth benefiting businesses and workers alike. Folks here are producing some of the best wheat and pulse crops in the world, creating cutting-edge optics technologies and making the best waders and fly-rods money can buy.” View the report in its entirety here.

Internet service provider, Velocity Communications, is the Flathead's first LTE cellular wireless internet option, focusing on rural areas who until now have lacked reliable high-speed options. Initially focusing on rural areas in Flathead County, the company plans to expand elsewhere into Montana and beyond. The internet service utilizes the same technology and private radio waves as cellphones, something co-owner Tyler Ament says you'll see a lot more of when 5G rolls out. Essentially, if you are somewhere with cell phone reception, you can get Velocity's high-speed service - no hardware installation is required. The company is the brainchild of co-owner, Juan Rivera-Strandberg, who met Ament last year through Montana West Economic Development, which has helped the company get on its feet. [Flathead Beacon]

Greater Impact, a new Bozeman-based nonprofit, aims to help people with reliable vehicles, housing and life coaching. The organization received its official nonprofit designation six months ago and is divided into three teams: automotive, housing and life coaching. According to Executive Director John Paszkiet, the organization also hopes to acquire a plot of land in Bozeman to build tiny homes in efforts to provide affordable housing for those in need. [Bozeman Chronicle].

According to the Brewers Association, Montana was ranked #2 for microbreweries per capita in 2017. It’s no surprise when you learn that Montana has gone from 29 licensed breweries in 2010 to 82 according to the Montana Department of Revenue. Beer sold in Montana increased by 63,000 barrels since 2010, with more than a million barrels tallied out last year, resulting in $4 million in state taxes on beer production. To help continue to foster this growth, the legislature tinkered with the beer tax last year to raise the production limit for breweries with taprooms, from 10,000 barrels to 60,000 barrels a year. The momentum continues to mount with the upcoming debut of two new breweries in Kalispell, as well as a handcrafted hard-cider orchard and brewing facility. SunRift Beer Company is setting up shop in the former Alano Club building. Meanwhile, a husband and wife team are in the final stages of transforming the former American Carpet Center building in downtown Kalispell into a taphouse and brewery called Bias Brewing, both slated to open this winter. Whitefish-based Bonsai Brewing is also seeking to expand its operation. And finally, the Flathead will see its first hard-cider apple orchard and cidery in Big Mountain Ciderworks, a family-owned operation set to open in the spring east of Kalispell. [Great Falls Tribune] [Flathead Beacon]

$60,000 grant to develop plan to help homeless in Butte

St. James Healthcare and Action, Inc. recently received a $60,000 grant from the Montana Healthcare Foundation. The planning grant will be used to fund a project called “Butte Supporting Housing Collaborative,” a coordinated community plan to improve outcomes for homeless individuals in the Butte community. The project will be co-led by St. James Healthcare and Action, Inc. and the Southwest Montana Continuum of Care Coalition made up of 15 member agencies including Action Inc., Western Montana Mental Health Center, the Public Housing Authority, Volunteers of America, Southwest Montana Community Health Center, Butte-Silver Bow County Health Department and Butte-Silver Bow Law Enforcement Department. The Coalition plans to gather data and track housing needs, then work together to immediately identify the homeless, find them housing arrangements, and match them quickly with services they need to overcome personal challenges and barriers. Data will also be used to enhance understanding of high users of healthcare, correctional and social services and allow development of a system of coordinated care across all services. [Montana Standard]

The Montana Department of Commerce recently awarded $631,270 in Primary Sector Workforce Training Grants to eight Montana businesses that will be used to create up to 147 new positions. This funding provides existing primary sector businesses with essential support to train employees in new jobs that allow the businesses to expand in Montana without leaving the state. Primary sector businesses are generally defined as those having 50% or more of sales outside Montana. Montana Department of Commerce Director Pam Haxby-Cote said “these grants provide an incentive for Montana businesses to expand the size and quality of their workforce while adding good-paying jobs in communities across the state.” Recipients include: Elite One Source Nutritional Services Inc., Rocky Mountain Homes, Ironhaus Inc., Tru-Home Montana, U.S. Optics, Foundant Technologies, Inc., Mesa Laboratories Inc., and Synesis7 Corp. [Missoulian]