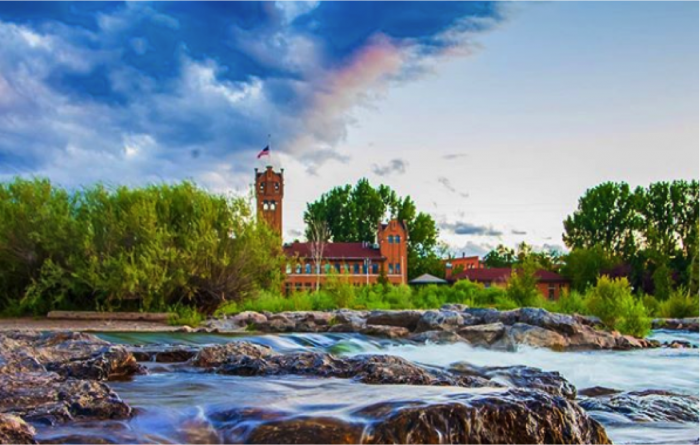 California flight may be on the way, 1,000 Montana jobs are going unfilled

In recent conversations with the Missoula City Council, CEO of the Missoula Economic Partnership (MEP), James Grunke, spoke about the impact the organization has had, the current state of jobs in the area and the impact of flights and potential companies looking at the area. Grunke said the organization is “in conversations” with an airline company to attract another year-round flight to California. While Missoula currently has a seasonal flight to San Francisco, Grunke described the area as a “target rich environment for economic development” noting that, without direct flights, attracting companies from the area is nearly impossible. Grunke went on to mention an Israeli company Eltel, which is in the process of evaluating opening an office in Montana. The company is currently looking at Missoula, Bozeman or Billings and has said it plans to decide in the “first quarter” of this year (2018). Despite all of this, Grunke also mentioned that a workforce study conducted by the MEP indicated that there are nearly 1,000 “empty jobs” in Missoula. Grunke provided three main reasons behind the disparity - workers may not know about the jobs, they don’t have the appropriate skill set or simply they are jobs nobody wants. He mentioned that MEP is looking at this issue and hopes to find someone to quarterback the discussion this year. [Missoulian]

The Billings Clinic was recently awarded a $784,271 grant by the Leona M. And Harry B. Helmsley Charitable Trust to complete work on its new Psychiatric Stabilization Unit which will establish a new level of care for patients arriving to the hospital with a mental health crisis. The space can accommodate 12 adults and five youths and is expected to be completed by the end of January 2018. With the introduction of the stabilization unit, the goal is to more effectively help people in crisis, allowing for immediate access to a stabilization unit and psych evaluation after a medical exam. In 2017, the Billings Clinic emergency department was seeing an average of 10 to 20 patients a day in a mental health crisis. In addition to the grant, the Billings Clinic Foundation raised $1 million in 2016 that it designated for urgent mental health needs in Billings and the region. [Billings Gazette]

Engel & Völkers Montana Real Estate, with offices in Bozeman and Livingston, just released its 2017 annual market review for both Gallatin and Park counties. As evident in these market reports, Gallatin Valley and Paradise Valley both continued to experience ample, healthy growth in 2017. Find an overview of the Gallatin County annual stats here and the Park County annual stats here.

At an 8.3% increase from 2016, Bozeman Yellowstone International Airport (BZN) handled 1,199,537 passengers during 2017 and now accounts for 30% of all airline passengers traveling to and from Montana. Flights to/from Dallas/Ft. Worth, Chicago O’Hare, and Portland were the most popular in 2017. It’s no surprise given the booming economy in the area. And the trend is expected to continue looking forward into 2018. BZN will see a 130% increase in non-stop service to New York/Newark, a 40% increase in capacity on service to Dallas/Ft. Worth and a 20% increase in capacity to four non-stop markets: Chicago O’Hare, Minneapolis/St. Paul, Los Angeles and Houston Intercontinental. During the year, BZN celebrated its 75th year of serving Southwest Montana, opened the newest runway in the United States on October 27, 2017, and began construction of a new 1,100 stall multi-use parking garage in December. [Bozeman Chronicle]

PHOTO VIA CITY OF BOZEMAN

Gallatin County economy is ranked strongest of its size

A recent annual study released by Policom, a Florida-based think tank, named Gallatin County the strongest economy of its size in the United States, pointing to the diversified economy along with Montana State University and continued consistent growth are among the many reasons Bozeman topped this year’s list. The area was ranked the strongest economy — which the group defines as “the long-term tendency for an area to consistently grow in both size and quality” — in a Micropolitan Statistical Area, ahead of Lewisburg, Pennsylvania; Truckee-Grass Valley, California; Traverse City, Michigan; and Wooster, Ohio. The study measured a handful of economic metrics — among them earnings, job numbers and negative sectors such as per capita Medicaid — and factors in historical growth or decline. According to Policom President William Fruth, “The rankings do not reflect the latest ‘hotspot’ or boom town, but the areas which have the best economic foundation.” Helena, Kalispell and Butte-Silver Bow were ranked 54th, 69th and 130th on the Micropolitan list, respectively. [Bozeman Chronicle]

National insurance company ALPS is looking to expand into a dozen new states, which includes adding new jobs in Missoula. It will be expanding into the top two floors of the Florence building in downtown Missoula which are currently undergoing renovations. Company president and CEO, David Bell, said “we’re launching what I’d call a significant expansion into multiple other states that will all be done from a centralized environment here in Missoula.” ALPS, which owns the building and currently occupies the second floor, plans to relocate to the top two floors when renovations are complete, allowing space for other tenants. The Florence building is home to several other quickly growing Missoula companies, including LumenAd and Submittable (who are likely candidates to fill the space). [Missoula Current]