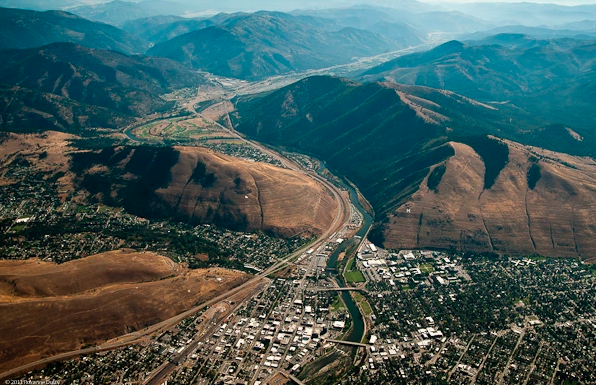 Tru-Home Montana, a modular construction startup in Missoula is set to begin assembling homes and other buildings in the controlled environment of its 26,000-square-foot facility in Bonner beginning in January 2018. The projects, which are taken to approximately 95% completion, are then shipped via flatbed truck and dropped with a crane onto a pre-arranged slab. Per co-founder Jason DeCunzo, ‘building indoors makes the process more efficient, faster, provides better quality control, saves the customer money and cuts down on waste”. The company, which was recently awarded funding through the Big Sky Economic Development Trust Fund job creation grant program to help create six new high-paying Montana jobs within the first year in Missoula, is also under contract to build a new headquarters within the next two years in the west log yard adjacent to the former mill site and hopes to employ 36 people (more top Montana jobs) within five years. Kudos to this growing company and team! [Missoulian]

After five years and millions of dollars, WebBuy is now available to car dealerships throughout the country. The first of its kind, WebBuy is a fully integrated dealer-centric car-buying web application that allows customers to buy - from shopping to financing to licensing. Local Billings businessman, Steve Zabawa, who owns several car dealerships in Billings under Rimrock Auto Group is co-founder of the company and sees no reason that this new high tech business shouldn’t do just as well in Billings, Montana as in Silicon Valley. Current projections expect the company to be employing about 200 people in about two years and expect 75 of those new Montana jobs to be in Billings. The company has already started hiring the first of 40 employees who will promote the app to car dealerships, helping them to install it, training them to use it, and maintaining it. The company also recently received a $200,000 grant from the Big Sky Economic Development Trust Fund which will help his company train the 40 employees. Also, deeply involved in the venture is another local entrepreneur, Dana Pulis, owner of Kinetic Agency, who has developed the marketing tools for WebBuy. [Big Sky Business Journal]

Ownership of Rocky Creek Farm, a 50-acre property located on the outskirts of Bozeman that is well known for its pumpkin patch and homemade cider, has changed hands recently. The deal which, was finalized in late October, was a strategic way for former owners Pete and Nancy Fay to retire and see the operations continue as a farm. New owners, Matt and Jacy Rothschiller - also owners of Gallatin Valley Botanical - were able to buy the property along with help from local investment company, HomeStake Venture Partners, as well as the U.S Department of Agriculture and Montana Ale Works (Gallatin Valley Botanical’s largest customer). [Bozeman Chronicle]

Nine Montana communities will share $100,000 in grants through the Montana Department of Commerce’s Montana Main Street Program, to support downtown revitalization and economic development projects. Award recipients include the City of Boulder, Butte-Silver Bow County, City of Dillon, City of Glasgow, City of Great Falls, City of Kalispell, City of Lewistown, City of Shelby, and City of Stevensville. The program was established in 2005 and currently serves 27 communities across the state, combining Montana Department of Commerce goals of creating and maintaining vibrant and charming Montana communities.

Cutting-edge approach to childcare and education in West Yellowstone

Siegel Learning Center, a new school for West Yellowstone’s pre-Kindergarten students, is set to open next summer. Montana is among six states (Idaho, New Hampshire, South Dakota, North Dakota and Wyoming) that currently do not provide public funding for pre-K programs. However, studies show pre-K can act as an educational leg up for children, particularly those in low-income or non-English speaking households, when compared to traditional daycare programs. This, along with the growing number of young children moving to Montana/entering the community and a lack of alternative pre-K option drove Bruce McPherson and Arne Siegel to seek local support to build a facility to serve the community at large. Local employer Delaware North along with Westmont Building Supply were quick to endorse the project. [Bozeman Chronicle]

Kayla Lindsay, a licensed realtor with an extensive background in theater, saw the former Kalispell Senior Center building as a potential spot for a future performing arts center in the county’s most populated city. This spurred her to begin down the path of forming a nonprofit. Tentatively, the project is called Kalispell Kaleidoscope Center. Lindsay is exploring several options and doing so with the assistance of the professionals at Montana West Economic Development. Lindsay said she knows there’s a market for a performing arts center and programming for kids and teens because of the success of such programs in Whitefish and Bigfork. She looks forward to adding that to Kalispell, hopefully by 2020. [Flathead Beacon]

City Commissioners in Great Falls voted to award an electric energy contract to Energy Keepers, a Montana company owned by the Confederated Salish and Kootenai Tribes. Four years ago when the City last went out to bid, only one energy supplier submitted. However, with new players in the market, four bids were submit this time. The five-year contract is projected to give the city a substantial cost savings over its term. [Missoula Current]

Missoula International Airport saw a 3.7 percent increase in passengers last month, despite October typically being one of the slowest times of the year for air travel in Missoula. With United Airlines launching nonstop service to Los Angeles next summer and a number of other new routes possible, airport officials expect to see heavy travel in 2018 as it kicks off construction of its new passenger terminal. Airport Director Chris Jensen said, “I believe that in every meeting we had very positive conversations and that next year we can expect substantial growth in the number of seats we have available, as well as maybe a new carrier and some new destinations”. [Missoula Current]

The Great Falls Development Authority is looking for products to showcase at the upcoming Institute of Food Technology convention in Chicago this coming July. The convention, which showcases products and businesses, is a great opportunity for Montana products to be highlighted and have a shot at connecting with contractors - which could bring Montana jobs and revenue back to the state. [KULR8]