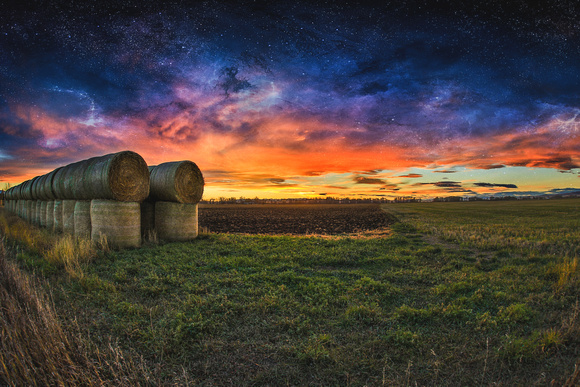 Two growing companies based in Missoula, Elite One Source Nutritional Services and Advanced Technology Group, are looking to fill a combined 49 new Montana jobs this year after landing job-creation grants through the Big Sky Economic Development Trust Fund. According to the Missoula Economic Partnership’s grants manager, Nicole Rush, “The jobs at ATG are tech jobs that tend to be in the areas of account management and software development, and at One Source, those are manufacturing jobs, but they’re very highly skilled.” To meet the grant requirements, Elite One Source must fill its 24 eligible new Montana jobs by August 27, paying $16.50 per hour and to include benefits. Find current career opportunities at One Source here. ATG has until November 1 to create the 25 new Montana jobs covered in its grant, with the positions paying a minimum of $18.50 an hour. Find current career opportunities with ATG here. The Big Sky Economic Development Trust Fund provides state grants to qualified businesses to promote stable economic growth, including Montana job creation and planning. The program is managed locally by Missoula Economic Partnership and Missoula County, which are currently managing approximately $1.8 million to help 13 local Montana companies create 252 new Montana jobs. [Missoula Current]

Bozeman-based Go Fast Campers (GFC) has reinvented the world of rooftop tents - combining both aesthetics and off-road capability and creating an all new rooftop camper. According to co-founder Graeme MacPherson, “We designed the GFC platform for folks who want to get into remote areas, and who don’t want to waste time setting up or breaking down camp.” The company, which is a collaboration between Hondo Garage and Aerocontinental, has just delivered its first production unit to a customer in California. Currently, the company has solutions for short-bed Toyota Tacomas and Tundras, the Chevy Colorado/GMC Canyon and the Ford F-150 (including the Raptor). Units for long-bed trucks are in development. [Outside Magazine]

Missoula-based technology company, Blackfoot, announced this week the launch of its new open innovation lab, called C2M beta. The first of its kind in the region, C2M beta will provide startup companies with access to Blackfoot’s technology infrastructure, expertise and its nearly 20,000 customers across 16 states - with the aim of jointly accelerating the delivery of products and services to the market. According to CEO Jason Williams, “With the launch of C2M beta, we are now proactively partnering with startups to drive innovation, attract strategic partnerships and further support Montana’s thriving tech economy.” Companies selected to participate in the program will work with Blackfoot over a six-month period, during which C2M beta will assemble a customized, multi-disciplinary team (including a coach) to support the startup, plus provide a combination of business, technical and project support, with a focus on lean startup and agile methodologies. So far, Missoula-based Audience Awards and Front Street Capital have already signed on to participate. [Blackfoot]

While the debate over building a wall along the U.S.-Mexico border battles on, a Montana company is working on scaling its technology to offer a different type of security measure along the border. The Polson-based company, Adelos, says its system uses buried fiber-optic lines to detect movement from the air and ground, is more cost effective than a wall and wouldn’t have as much impact on the landscape or the environment. Adelos, founded by Dr. Alex Philp in 2006 and bought by S&K Technologies in 2009, currently has a government contract with the U.S. Air Force but is looking to use and scale its sensor technology to land this new government opportunity. When speaking of the opportunity, Philp said, “It would mean job growth. It would mean hiring UM and MSU grads. We have the ideal workforce for what we're going to be facing and what we're going to be scaling. We want a chance to allow our system to compete, go in, show what we can do on the southern border, bring value to the U.S. taxpayer and ultimately deliver value to our investors and those who believed in us all along.” [NBC Montana]

The Missoula-based Montana High Tech Business Alliance (MHTBA) recently released its list of high growth Montana companies to watch in 2018. Along with experts at Next Frontier Capital, Frontier Angels, Montana Manufacturing Extension Center, Montana State University Blackstone LaunchPad and University of Montana Blackstone LaunchPad, the MHTBA looked for companies that had at least five or more employees and had shown indications of high growth such as plans to expand, significant revenue growth predicted, new products or service lines launching, having recently landed new clients or secured new investors, or being led by experienced entrepreneurs. The list consists of 12 impressive Montana companies poised for growth, many of which are hiring! In alphabetical order, the list includes: CrossTX (Bozeman), Diamond B Technologies Solutions (Billings), Hoplite Industries, Inc. (Bozeman), IronCore Labs (Bozeman and Boulder), LumenAd (Missoula, and is hiring), OppSource (Bozeman and St. Paul), Pocket NC (Bozeman, and is hiring), Pulsara (Bozeman, and is hiring), Satic USA (Missoula), TOMIS (Missoula, and is hiring), ViralHog (Bozeman), and Zinovo (Bozeman, and is hiring). [Montana High Tech Business Alliance]

Great Northern Development Corporation, Small Business Development Center (SBDC) is hosting a business plan competition throughout a seven-county region in Northeastern Montana (i.e. Valley, Garfield, McCone, Richland, Roosevelt, Sheridan and Daniels counties). The goal of the event is to attract new entrepreneurs and support existing businesses in Northeastern Montana by uniting communities with a common goal of economic development. Two prize packages of $5,000 will be awarded - one to a startup business and one to an existing business. SBDC Director Shandy Hanks will be holding business plan development classes in each of the participating seven counties. The Minnow Tank finale will be held September 22, 2018, in Glasgow where fourteen finalists will present their business plans live to a panel of five judges (one of which will be the audience). [Great Northern Development Corporation]