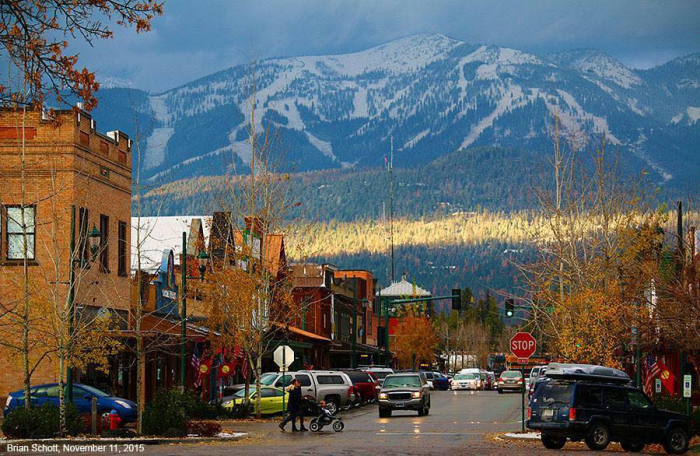 PFL, with headquarters in Livingston, Montana, and also more recently Indianapolis, is a leading marketing technology company pioneering the growth of the new category known as "Tactile Marketing Automation" (TMA). The company (also currently hiring) announced this week a $25 million investment from Goldman Sachs Growth Equity (GS Growth). The investment from GS Growth will support R&D, product development and sales team growth for PFL's TMA platform. The market opportunity for TMA is large and growing and inserts PFL into a new business category that sits at the intersection of three large markets: CRM; Marketing Technology; and Direct Mail, Promotional and Fulfillment. Since opening its doors in Livingston in 1996, PFL has grown into one of the largest Montana employers and has served over 155,000 customers in more than 130 countries. [PR Newswire]

On the heels of closing its second fund of $38 million, Next Frontier Capital recently announced the opening of its Missoula office in response to the continued growth and excitement in the Montana tech scene. In 2017, Montana businesses attracted more than $83 million in venture capital funding, a one-year total that’s three times the sum of all venture capital invested in the state between 2010-2016, according to the financial data company PitchBook. Next Frontier Capital (NFC) has participated in more than $98 million worth of investment in companies with a Montana presence over the past three years, including investments in Missoula companies Orbital Shift, Clearas Water Recovery, Submittable (hiring) and OnXmaps (hiring). OnXmaps has already landed $20.3 million in venture capital so far in 2018. NFC managing partner Les Craig said, “The decision for us to open an office in Missoula is driven by the success of our portfolio companies in Missoula and the great potential we are seeing in early-stage opportunities in the region.” Craig believes that a greater Missoula presence is just the beginning of more "great work to be done" across the state. "We’re looking to invest in Montana’s most intelligent and driven founders, and it doesn’t matter what city or town they call home. Just as entrepreneurs in Bozeman and Missoula are starting to attract investment from large VC firms on each of the coasts, we are aware of the need to help high growth potential start-ups in other areas such as Whitefish, Kalispell, Butte and Billings get connected to national networks and sources of capital." [Missoulian]

Bozeman-based economic development nonprofit Prospera Business Network (hiring) just released its annual overview of Gallatin and Park counties. Described as a “comprehensive description of the regional economy,” the 200-page report runs the gamut from demographic and transportation trends to area infrastructure and industry updates. Below are some key takeaways:

You’re Hired! The Flathead continues to boom (and NXGEN is hiring)

As the Flathead's economy continues to gather momentum, it's a job seeker's market with hundreds of openings and opportunities. The Montana job openings range across the board, from the medical field to tourism-based businesses seeking skilled and unskilled labor. According to NXGEN’s head of North American Operations, Anna Stene, the Whitefish-based global payment services provider which recently bumped to 50 employees has experienced strategic and aggressive growth over the past several years. Per Stene, finding the right individuals for the job openings is a key part of the company’s future success. Check out NXGEN’s current Whitefish job openings here. Likewise, Joel Daniher, a manager at a local construction firm, said his company looks for people with potential to develop, both in skilled and unskilled labor. According to Laura Gardner, manager at the Kalispell Job Service, it’s a time of opportunity, not only for entrepreneurs and developers, but also for anyone interested in a new job, a Montana career change or just a way to pay rent while living in Glacier Country. She noted that many of the Flathead area employers that are hiring to fill Montana jobs will be at the upcoming Spring 2018 Job Fair on April 26 in Kalispell. [Flathead Beacon]