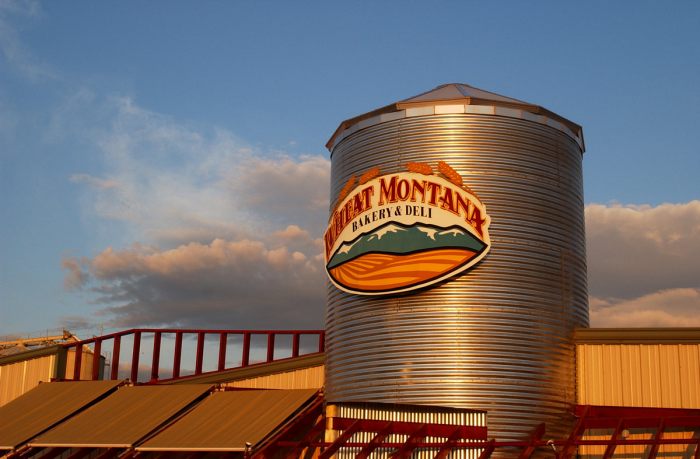 Three Forks-based, Wheat Montana, was chosen by Walmart to be highlighted in a tour that has committed Walmart to purchase an additional $250 billion in American-made products in efforts to spur job creation across the country. Projections estimate this initiative to create over a million jobs by 2023. Wheat Montana has been selling their products in Walmart stores for more than 25 years, now partnering with nearly 1,200 stores nationwide. Wheat Montana founder, Dean Folkford, is enthusiastic about the initiative saying “we have about 195 employees in our operation (and) Walmart is the largest employer in Montana with about 4,800 employees. It’s neat to see that Walmart and Wheat Montana (are) creating jobs in Montana.” [KTVQ]

Billings-based EBMS recently joined with Water Street Healthcare Partners to expand its reach nationwide. The company, which has had a strong 2017, has set 20 percent growth goals for the next several years. EBMS, which currently employees 235 across 13 states, is gearing up for “transformational growth” per company president Kevin Larson and is excited to be working with the investment firm to help carry the costs of technology improvements and expansion. You may also want to check out our write up on EBMS from a few weeks ago here to learn about the many benefits and perks the company offers its employees! It’s quite a list. [Billings Gazette]

Montana-based retailer, The Montana Scene, has added Kalispell to its list of brick and mortar locations. With stores already operating in Big Fork, Whitefish and Bozeman, Kalispell marks the fourth storefront to open this year. Husband and wife business owners, Melissa and Sean Bonnet, say the new location will not only allow them to join the up and coming downtown community of Kalispell but also provide them with ample space to scale up their online shop, which currently is approximately 10 percent of their sales. [Daily Interlake]

A new podcast, “Beautifully Equipped”, is the collaborative product of a group of local entrepreneurs — Jen Cox, a marketing expert; Jen Schimbeno, a financial consultant; Kate Jo, a contemporary artist and Jackie Corcoran, a health coach/public speaker. The four women met several years ago through a series of mastermind sessions — essentially business coaching and networking groups. After two years of monthly meetings, the group (having regularly discussed the idea of podcasts) took the leap to consider recording their mastermind meetings to share with the outside world. Now, a couple months into the release of the podcast series, the weekly podcast focuses on topics such as favorite failures or creating a personal purpose statement, and even include interviews with fellow entrepreneurs. In addition to the podcast with weekly tips, the Beautifully Equipped website also provides all the details about the group’s plan to launch a new mastermind group for local women in January. [Bozeman Chronicle]

In the third annual MSU Blackstone LaunchPad Idea Challenge, seven winners took home $3,000 in prize money to help accelerate their business ideas. The video pitch competition started with 27, one-minute videos that were cast for a week of public voting. After 7,000 views, 1,860 votes and more than 500,000 reaches on social media, six videos advanced through popular voting and six more were selected by a panel of judges before the final seven winners were selected. Trevor Huffmaster, director of 406 Labs, said “The creativity and the real products that these entrepreneurs are taking to market was really impressive”. Every Idea Challenge submission can be viewed here. The contest was sponsored by the Jake Jabs College of Business and Entrepreneurship, Stockman Bank, Crowley Fleck PLLP and the City of Bozeman. It was supported by Audience Awards, a Missoula-based company that hosts online film festivals. [Montana State University]