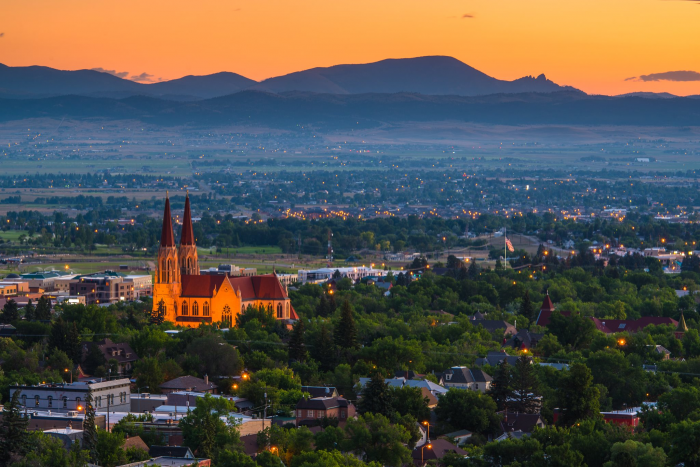 Startup fever is catching on in Helena, Montana (and tech company SoFi is hiring!)

A lot has changed in the state capital of Helena in the past twenty years. Helena has developed an entrepreneur ecosystem that is undeniable despite being a town of only 30,000 residents. A few years ago, SoFi, the online student loan servicer that also provides personal loans and mortgages, contracted with two Helena-based programmers to help build its platform. One of the programmers is a graduate of University of Montana-Western, Montana Tech, and the University of Montana and wanted to stay in Montana. Today, that programmer, David Thompson, is the VP of Engineering and manages more than 100 programmers and engineers out of two locations in Helena for the multi-billion-dollar startup. And while one company doesn’t constitute a start-up scene, it's likely that some of the programmers will get their side hustles on, creating more startups and attracting even more engineering and technical talent to the Helena community and surrounding areas. And this growing Montana tech company is hiring to fill many top Montana jobs! [Inc.]

Bozeman-based Jelt Belt is now a certified B Corporation

Jelt Belt joins six other companies in Montana and over 2,100 worldwide in certified B Corp status. Bozeman-based Jelt Belt was launched in 2014 by Jen Perry, and has evolved from being a comfortable, flat belt to wear with jeans to the perfect belt for hiking, biking, skiing, golfing, traveling and everyday fashion - and the company is now proud to have earned B Corp status. B Corps are legally required to consider the impact not only on their shareholders, but also their workers, suppliers, community, consumers and the environment. Contributing factors to this status include the use of 100% recycled water bottles used to make the belts, dedication to manufacturing all of the belts in the United States via the Montana Correctional Enterprise Program, Jelt’s donation of a portion of every sale to non-profit programs and its commitment to provide good wages and flexible schedules to its employees. Other B Corps in Montana include West Paw Design, NorthFork Financial, OnSite Energy, Beartooth Group, and Biomimicry 3.8. Oh, and Headframe Spirits, too, who is currently hiring to fill top Montana jobs with the company in Butte. [Jelt Belt]

The Montana Manufacturing Extension Center (MMEC) is celebrating more than two decades of helping the state’s manufacturers grow and innovate. According to MMEC’s Director, Paddy Fleming, the organization has helped Montana manufacturers create more than 5,000 Montana jobs, generate more than $1.6 billion in sales and reduce overhead costs by $127 million. MMEC has worked with hundreds of clients over the years, including companies like Gibson Guitar (hiring!), Mystery Ranch (hiring!) and West Paw Design, to streamline their operations, upgrade to new technology, access trained employees and much more. MMEC is part of the National Institute of Standards and Technology's Manufacturing Extension Partnership, a nationwide network of outreach centers like MMEC that receive federal funding to enhance U.S. manufacturing. [Montana State University]

Inimmune Corp., an upstart biotech firm founded in 2016, landed a $176,000 Phase 1 award from the National Institute of Allergy and Infectious Diseases this week. Company officials commented that the funding will be used to continue research on new drugs aimed at treating and preventing respiratory tract infections. The company was founded by a team of senior researchers who were operating in Hamilton, MT, with GSK Vaccines and now conducts its research at both the Montana Technology Enterprise Center and the University of Montana’s Center for Translational Medicine. [Missoula Current]

Announced last week, Viacom has acquired Missoula-based tech company VidCon. Started in 2010 by Missoula entrepreneur and video blogger, Hang Green, and his brother, John Green, VidCon was envisioned as a place for creators and fans to finally connect in person. What launched as a 1,400-attendee community gathering nearly a decade ago has now become a Mecca for major industry players to meet with their viewers, share trade strategies, and get face-time with other big names. The event has been held in southern California since its start in 2010. In 2016, more than 25,000 attendees swarmed Anaheim, California, for the event. The company expanded internationally last year into Europe and Australia with great success. Read more on VidCon from Fast Company here. While some are concerned about what the acquisition means for the team of 17 in Missoula, CEO Jim Louderback believes the merger will be a good thing for VidCon. Louderback said, “Viacom is not moving us, and they have a long-term commitment to growing VidCon. So what that means is we become a bigger business, a bigger business based in Missoula, and that’s got to be good for everybody”. [TechCrunch] [Missoulian]

For five straight years – from 2013 to 2017 – Montana has been one of the top five states for startups per capita according to the Kauffman Index of Entrepreneurship. And for four years, Montana was ranked number one. The Montana High Tech Business Alliance wanted to know why and sought answers, illuminating three key trends underpinning the transformation of Montana into a booming tech center: technological, social and economic. The Alliance notes that not only has technology removed geographic barriers to doing business, but employees and entrepreneurs are seeking a different lifestyle than what they might find in other cities and also have observed that many Montana companies have been wildly successful, spurring interest and movement in the industry across the state. The Alliance also shares some fast facts about Montana, highlighting what makes the state special for companies, employees and entrepreneurs. [Montana High Tech Business Alliance]

Butte tech company, Synesis7, is one that enjoys going against the grain. After more than 10 years being headquartered in Butte, the company continues to thrive. In January, Montana’s Department of Commerce awarded the company more than $88,000 in grant money to add top Montana jobs, training 18 new full-time employees through the Commerce Department’s Primary Sector Workforce Training Grant program. Check out Synesis7’s current Montana job opportunities here. The company also recently landed a series of contracts to manage data for five U.S. Naval Air Systems Command programs. But Synesis7 isn’t the only Butte-based company seeing success. Montana Precision Products has said it’s poised to add 46 new workers in 2018 and another 15 Montana jobs in 2019. View current Montana job opportunities here. And, in recent months, there continues to be lots of talk about the possible Bitcoin operation in nearby Anaconda. Synesis7 founder, Allen Ellmaker, says what makes operating his business in Butte is the lifestyle that Montana affords. When asked whether it’s realistic to anticipate or hope for more technology companies locating in Butte, Ellmaker answered in the affirmative. “I see (tech) growing steadily in Montana and eventually including Butte, in my opinion,” said Ellmaker. [Independent Record] 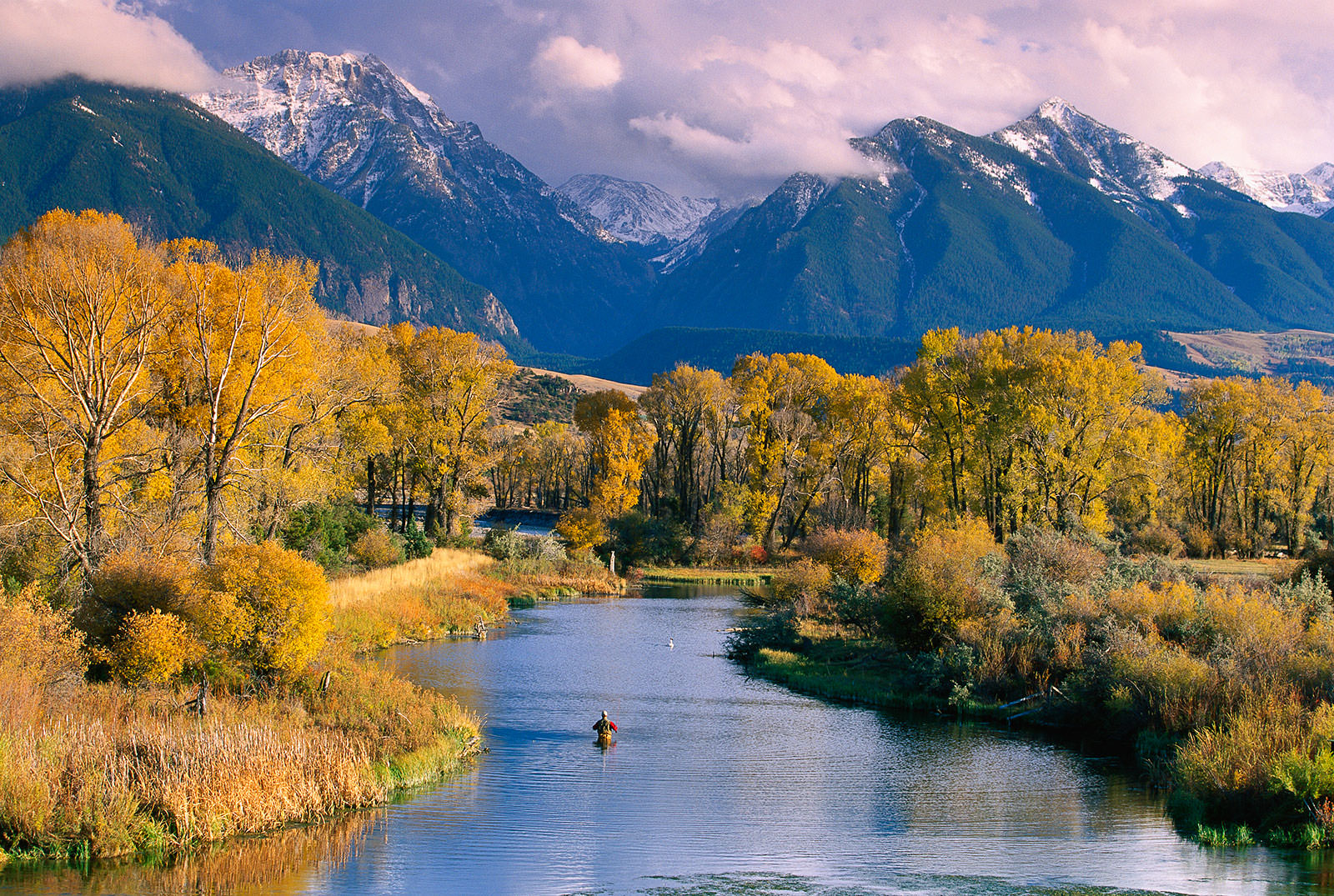 The 2018 Prosperity Now Scorecard said that Montana ranked sixth place this year earning a grade “A” in both financial assets and income, as well as education. This is up from “B” grades earned in 2017. The state also ranked first in the nation for its high small business ownership (around 2 percent). Despite the good news, there are still a few areas for improvement. For example, Montana has the nation's lowest rate of private-sector employers offering health insurance to their employees and ranked in the lower half when it comes to housing affordability. Learn more about the Prosperity Now Scorecard here. [Helena Air]

The Missoula-based nonprofit, Montana-Idaho Community Development Corporation secured $65 million in new market tax credits this past week, adding to its previous $496 million over the past decade. Upon securing of the funds, the organization is anticipating to announce newly qualified construction and revitalization projects across the region. According to the organization's president, Dave Glaser, “Three projects [are] in the closing process right now that should close in late March or early April.” Previous projects funded by the new market tax credits include the construction of buildings in Missoula, including the Garlington Building, the Poverello Center and the Missoula Food Bank. In Polson, the credits helped bring to completion the Mission Valley Aquatics Center and the Red Lion Hotel. Projects in Billings, Butte, Helena and Bozeman have also benefited from the competitive program. According to Glaser, “Where these investments are made, we’ve seen additional investment follow. The tax credits are the catalyst, but Montanans take it from there.” [Missoula Current]

Montana-based Frontier Angels is looking to grow its network and work to influence state policy to support technology startups. According to managing director of Frontier Angels, Pat LaPointe, the state’s policies, or lack thereof, has made it difficult for state-based companies to access capital, while also deterring investors who might otherwise be interested in providing startup funding. LaPointe noted that in other states, mo