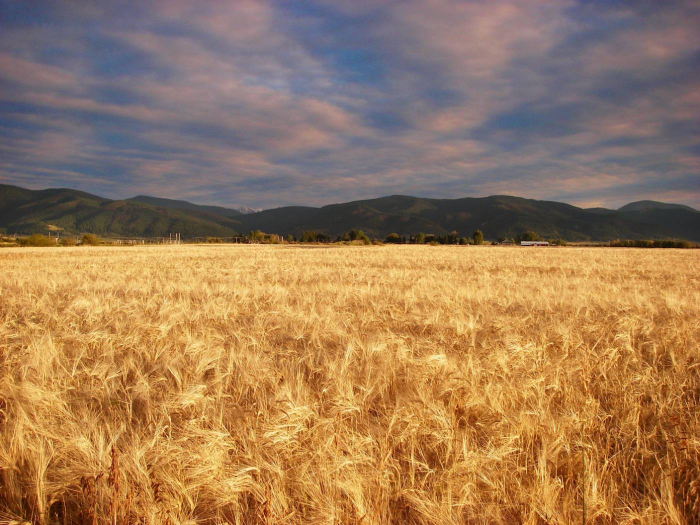 Billings-based company GTUIT, LLC, an industry leader in capturing and processing associated flare gas at well sites while helping clients meet environmental regulations, recently marked a milestone of having recovered more than one million barrels of natural gas liquids (NGLs) from oil producing well sites that would have otherwise been combusted in a flare stack through its custom designed, built and operated mobile processing units. CEO and President of the company, Brian Ceball, said “these efforts allowed our clients to create real value from their flare gas streams while preventing the emissions of more than 300,000 tons of CO2, which is equivalent to removing more than 60,000 cars from the road annually.” GTUIT’s services are performed by field technicians and, for many clients, include arranging for the transport, marketing, and sale of the NGLs. GTUIT is also hiring in Billings - listing several top Montana jobs on its website. [GTUIT, LLC]

Bozeman-based West Paw recently announced a new injection molding apprenticeship training program. The first registered apprenticeship in Montana’s manufacturing industry is aimed to help meet the demands of West Paw’s growing business - named the top manufacturer in the state by the Montana Manufacturing Association in 2017 and one of the nation’s best small companies by Forbes in 2016. During a site visit last week, Governor Steve Bullock said, “Businesses are able to nurture these big ideas through on-the-job training and apprentices are able to earn a living wage while developing the skills and knowledge to take on the jobs of the future.” West Paw, who worked with the Montana Registered Apprenticeship unit through the Montana Department of Labor & Industry, said they are excited to be participating in the program. Spencer Williams, West Paw CEO and President, said “Montana’s Apprenticeship Program will help us attract, train and retain great employees. It is a win for all.” West Paw is also currently hiring talented professionals for 1-2 positions in Bozeman. [West Paw]

The University of Montana unveiled its plans this week for an innovation corridor spanning from Mountain Campus to a proposed technology park at Blackfoot Communications. The project, currently dubbed as “Innovate UM” is said to be based off similar models in the U.S. and Europe. Literature distributed about the project stated it would be “a hub of research in two areas of strength at UM – biotech and ecology.” The space would be devoted to businesses working in those fields. Scott Whittenburg, vice president for research and creative scholarship at UM said, “The Innovation Corridor and all its components looks to blur the lines between the campus and the city, something UM and the local business community have been working on for the past several years as seen through revitalizing the Montana Technology Enterprise Center.” The Montana Technology Enterprise Center has has produced $30 million in private investment in the past 8 years. [Missoula Current]

The Billings-based Care Transition team was created as part of a new pilot project coordinated by Mountain-Pacific Quality Health. The projects, three across the state, are funded by Centers for Medicare and Medicaid Services and the Robert Wood Johnson Foundation. According to Jennifer Hough, clinical lead nurse for the Care Transition Team of the Adult Alliance of Yellowstone County, “Our goal is to identify why a patient is using ER or hospital services quite a lot and see if we can assist them with choosing alternatives that would be better for the circumstances they have at that time.” Potential clients are identified by St. Vincent Healthcare, Billings Clinic and RiverStone Health. Those who qualify have made five ER visits and two inpatient hospitalizations within the past six months. The team began seeing patients in April of 2017. As of this January (2018), the team had worked with 32 people ages 29 to 79. Similar teams are in operation in Kalispell and Helena. In other news, Mountain-Pacific Quality Health is also hiring. [Billings Gazette]

CareTrust REIT, Inc. (NASDAQ:CTRE) announced on Monday that it has acquired a 186-bed skilled nursing facility, Copper Ridge, in Butte. The facility was added to CareTrust’s existing master lease with Salt Lake City-based Eduro Healthcare, LLC, which took over operations on February 1, 2018 and allowed both CareTrust and Eduro to extend their respective reaches into Montana for the first time. CareTrust REIT, Inc. is a self-administered, publicly-traded real estate investment trust engaged in the ownership, acquisition and leasing of seniors housing and healthcare-related properties. Michael Bewsey, Eduro Healthcare’s Managing Director, said “We are excited to join Butte’s vibrant healthcare community and look forward to working with the wonderful care team at Copper Ridge.” [CareTrust]

Missoula is known for its art shows, music events and movie festivals that fill the city year round. Caras Park, MCT Center for Performing Arts, Missoula Art Museum, Dennison Theatre and the Kettlehouse Amphitheatre are just a few of the reasons Missoula recently appeared in two independent national studies that quantify the arts industry supporting what many have long suspected – the arts are a big business in Missoula. This past April, the National Center for Arts Research (NCAR) at Southern Methodist University ranked Missoula fourth in mid-sized cities in its annual Arts Vibrancy Index, a ranking of the nation’s most vibrant arts communities. Washington, D.C.-based Americans for the Arts released its Arts and Economic Prosperity (AEP) report during mid-2017 noting Missoula’s nonprofit art sector is a $54 million industry – nearly three times that of other communities the same size. In addition, Missoula’s nonprofit arts sector contributed $39.2 million in household income and supported 1,913 full-time Montana jobs. Overall, these two studies highlight that the arts provide tangible benefits well beyond entertainment value. [Montana Business Quarterly]

Montana’s first public Malt Quality Lab, housed at Montana State University, is the only of its kind in the region. The lab, which is outfitted with state-of-the-art equipment, can provide a complete quality analysis of barley malt used in craft brewing, as well as human and animal food industries. In addition to use by the  MSU Barley Breeding Program, the lab is able to take fee-for-service samples for malt data analysis from the public, a service that will benefit Montana’s agricultural community, barley farmers and associated growing malt barley industries. According to the Montana Brewers Association, there are 53 licensed breweries in Montana that use more than 7 million pounds of malted grain, half of which is grown in Montana resulting in an estimated collective annual economic impact of $60 million. Furthermore, according to the United States Department of Agriculture’s 2016 National Agricultural Statistics, 1 million barley acres were planted in Montana, and growers averaged 57 bushels per acre, valued in total at $270 million. Montana Wheat and Barley Committee Executive Vice President Collin Watters said the “MSU Malt Quality Lab is an investment in the future of Montana’s barley production.” [Montana State University]

Columbia Falls-based SmartLam has been working hard to prepare its new facility for the installation of a state-of-the-art equipment line. The 140-000 square foot facility will be the headquarters for its expanding operations and home to a fully automated CLT production line capable of producing 75,000 cubic meters annually utilizing a 160-ton Minda TimberPress X 300. This new press is anticipated to be fully operational in late March 2018, allowing SmartLam to quadruple production capacity and add several more product certifications. [SmartLam]

Western Montana Lighting of Missoula and The Silver Foundation are teaming up to help students of Missoula College’s Sustainable Construction Technology Program find careers paths in the building industry. The Silver Light Scholarship will provide one non-traditional student $1,000 per semester to apply toward tuition. The two businesswomen behind the scholarship, Drew Mihelish and Carolyn Maier, said supporting the local, sustainable building industry will create more Montana job opportunities for middle-class Missoulians, boost the local economy, and show gratitude for the community’s support of the two organizations over the years. Mihelish’s business, Western Montana Lighting, is celebrating 100 years in Missoula in 2018. Possible career paths in the sustainable building technology include solar panel installation, HVAC, green building and carpentry. [Missoulian]

Family Promise, a local nonprofit in the Gallatin Valley, recently purchased the Amos House in Bozeman from the Human Resource Development Council. The nonprofit plans to turn the house into a duplex and said the transitional home would give families a place to stay for at least two years. Families renting the apartment would also go through a case management program administered by the nonprofit to help re-establish credit, fill out forms and navigate public assistance programs. The nonprofit is also in the process of buying two housing units in Belgrade to implement the same program. [Bozeman Chronicle]