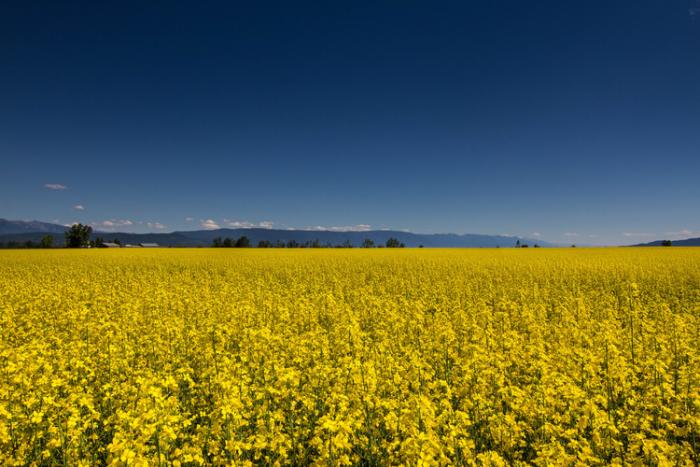 Bunker Labs is a national nonprofit organization built by military veteran entrepreneurs to empower other military veterans as leaders in innovation. Through local chapters across the U.S., Bunker Labs provides educational programming, access to resources, and a thriving local network to help military veterans and their spouses start and grow thriving businesses. Six months ago, Nathan Wiens (an entrepreneurial Army veteran himself) set out to bring a local Bunker Labs chapter to Bozeman. Just last week, Wiens and many others celebrated the official ribbon cutting of Bunker Labs Bozeman - the national nonprofit’s newest chapter. Those who attended the launch event heard from community leaders, local veteran entrepreneurs and Bunker Labs’ very own Todd Connor, CEO and Founder of Bunker Labs. Wiens, Executive Director of Bunker Labs Bozeman, said “We are so excited about the path ahead here in Bozeman and can’t wait to see all the amazing companies that will grow right here in our backyard. Thanks again for coming out and supporting veteran entrepreneurship.” If you missed the official ribbon cutting ceremony, check out the next monthly Bunker Brews on June 20th at Sidewinders. [Bunker Labs Bozeman]

Vision Net, a Montana-based telecommunications solutions company with offices in Great Falls, Helena, Missoula and Billings, announced this week that it is bringing an additional seventy miles of new broadband fiber to Billings and Helena. Both communities are experiencing increasing demand from consumers and businesses for high-quality, reliable broadband access. The project began last month and is estimated to be completed by August 2019. The company worked with leaders in both cities to ensure the new network put in place will not only meet the present demand but also allow for future growth as reliable broadband access is a driving consideration for companies looking to expand and/or relocate to communities across Montana. Webb Brown, President and CEO of the Montana Chamber of Commerce, noted the importance of collaboration when investing in the state. “Vision Net’s expanded investment in fiber networks demonstrates the effectiveness of collaboration between industry leaders and local officials when it comes to broadband infrastructure,” he said. “With fiber becoming essential in day-to-day operations, commitments like this are making Montana a more attractive place to do business.” [Business Wire]

In a state operating with a relative trickle of venture funding, many Montana startups find themselves having success but in need of funding. A new program, Early Stage Montana (which we’ve covered in past week skims), was formed this past spring and aims to change the funding dynamics for emerging businesses across the state of Montana. The nonprofit, which was started by a collaboration of startup incubators and venture groups, hosted pitch competitions across the state last month giving companies like Bozeman-based Sellout a chance to tell their story. Sellout earned top marks, followed by Alosant, and both companies will participate in the Bozeman hyper-accelerator program later this summer. There is also a hyper-accelerator in Missoula and Billings this summer. The program, staffed by 30 educators and business owners, is part of Early Stage’s vision to provide companies with assistance with aspects such as business planning and financial projections. In September, both companies will take part in a statewide showcase competition, joined by the four other winners of separate regional pitch events in Billings and Missoula. The winner of the final — held on Sept. 22 at the Museum of the Rockies — will score $50,000 in investment credit. A dozen organizations including MSU’s Blackstone LaunchPad, the Montana Manufacturing Extension Center, Next Frontier Capital and Prospera Business Network, helped bring the nonprofit to life. This type of collaboration is what it will take to keep Montana startups on a level playing field with their national counterparts. [Bozeman Chronicle]

At a recent roundtable panel discussion in Missoula, local tech companies discussed their abilities to capitalize on Montana’s outdoor recreation opportunities to entice clients and recruit talent. Fast-growing tech companies such as LumenAd (hiring in Missoula) and OnXmaps (hiring in Bozeman and Missoula) shared their thoughts on what they anticipate for the future of the tech sector, which has been reported to be growing much faster than the Montana economy as a whole - providing more than $1.03 billion in wages and 15,000 jobs. The roundtable event was sponsored by Business for Montana’s Outdoors, a coalition of 180 businesses representing 5,000 workers that advocate for the value of public lands and the outdoors as an economic asset. [Missoulian]

A summer camp on the Flathead Reservation is aiming to grow career opportunities for young people in the tech fields. The week-long program, taught by professors at Salish Kootenai College (hiring for several positions) and experts in coding, game design, cyber security and data analytics, aims to expose young tribal members to fields of work they might not otherwise see on the reservation. Native American high school students from any tribe are invited to apply for the free, week-long program at the Salish Kootenai College campus in Pablo, Montana. Velda Shelby, member of the Confederated Salish and Kootenai Tribes, started the camp last year. When asked about the camp, she said, “If they can learn technology, coding, any aspect of it, there are more opportunities." [Montana Public Radio]