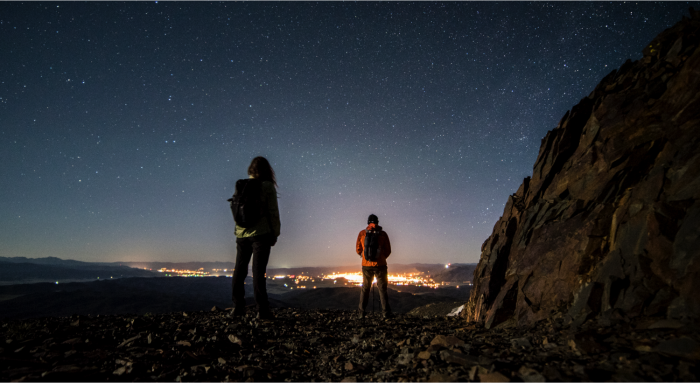 Montana's natural beauty and outdoor recreation access is attracting technology companies contributing to the rapid growth of Montana’s high-tech sector. In a survey recently conducted by the Montana High Tech Business Alliance, it was reported that Montana’s high-tech sector is growing nine times faster than the rest of Montana's economy and contributed over $1.7 billion in revenue to the state’s economy in 2017. Christina Henderson, Executive Director of the Montana High Tech Business Alliance, says attracting talent will be critical to the industry's continued growth in Montana, adding that Montana has ranked as the top destination for startup companies four out of the last five years. [Public News Service]

Looking to diversify its identify, Missoula-headquartered Blackfoot (currently hiring) launched its C2M beta lab last month, positioning itself as a player in Missoula’s innovation future. Led by Joe Fanguy, VP of Strategic Development at Blackfoot, C2M beta is a place where entrepreneurs, investors and mentors come together in something of an incubator to help early stage businesses achieve success. Missoula’s Audience Awards gained the distinction of becoming the first company accepted into C2M’s inaugural cohort. Companies selected to participate in the six-month program are vetted by an executive team assembled by Blackfoot. According to Fanguy, “We have a one- to two-hour discussion where the company pitches the company. We have a pretty robust discussion on what we have to offer and how we’d work together.” In addition to Blackfoot offering corporate mentorship with its own set of tools, including data technologies and a large customer base, the incubator brings investors to the table, including Front Street Capital, which remains a partner in the project. The initial goal is to have no more than four participating companies at any given time. And while the innovation lab is written into Blackfoot’s smart-growth strategy, Fanguy believes the effort also fits well with Missoula’s push to establish an innovation ecosystem. [Missoula Current]

According to Jenni Graff, the economic development coordinator with Missoula Economic Partnership, “We’re seeing a pretty significant uptick in businesses looking to locate to Missoula. If we had a 100 percent close rate, we’d be looking at around 900 Missoula jobs. We know that’s not likely, but we’re proud to report that we’ve had some pretty significant successes this year.” Already this year, two outside companies have launched operations in Missoula, including 4Cast (an Israeli division of Eltel Technologies) and ClassPass, which is currently hiring and plans to fill 150 local Missoula jobs over the next two years. Additionally, Graff said she’s currently working with 13 other companies interested in locating or expanding to Missoula, with the bulk of them representing technology and manufacturing firms. And next month, American Airlines will launch nonstop service from Missoula to Dallas/Fort Worth, opening up a new U.S market that could sweeten Missoula as a place to locate business. [Missoula Current]