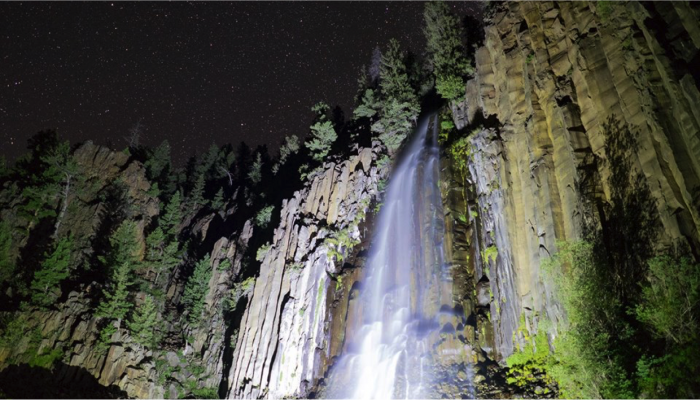 Butte-based Synesis7 Corp. (hiring) expects to hire approximately 25 new employees in the months ahead thanks to a four-year, $47 million contract that the U.S. Department of Defense recently awarded to the company and to ManTech International Corp., a Virginia-based company collaborating with Synesis7. The award, which was announced earlier this week, calls for the companies to provide technical support for the U.S. Navy Naval Air Systems Command’s H-53 Heavy Lift Helicopter and collaborating programs. The company currently employs about 25 but expects to double its workforce to meet the demands of the contract. According to Synesis 7 Corp CEO, Allen Ellmaker said that with this award, the company can connect more easily and more efficiently with potential customers within the Department of Defense, offering digital technical data products such as interactive electronic technical manuals, common source data tools and more. [Montana Standard]

Sparking change: How a Montana-based company is looking to solar for their manufacturing needs

Bozeman-based Spark R&D designs and builds splitboard bindings and accessories with backcountry performance coming first. The company (hiring) takes pride in their soup-to-nuts production, making all bindings in house since their 2006 founding. And in an effort to reduce the company’s footprint and manage even more of their manufacturing needs, Spark R&D is now entering into the world of renewable energy so they can source their power in-house, too. The company—which caters to those pursuing human-powered recreation—is now able to cover around 25 percent of their power using 166 solar panels installed on their facility’s roof. For a business that’s growing by at least 10 percent every year and that produces everything down to the tiniest screw, this project highlights Spark R&D’s focus on smart and sustainable growth. Spark R&D brought in local solar company OnSite Energy, Inc. for the project as well as utilized assistance from a USDA Rural Energy for America Program (REAP) grant, which aims to help small businesses in rural areas. [Backcountry Magazine]

Bozeman-based commonFont (hiring in Bozeman), a leading customer experience (CX) service firm and Qualtrics, a leader in experience management, have announced a strategic partnership that brings together commonFont's world-class services with Qualtrics' cutting-edge technology to help organizations create and deliver exceptional customer experiences. "In order to win in today's hyper-competitive environment, it's not just about meeting customer expectations; brands need to exceed them," said John Torrey, Chief Corporate Development Officer at Qualtrics. "The Qualtrics / commonFont partnership will help them do that by bringing together the advanced technology and exceptional services that enterprises need to drive innovation in their CX programs."  According to Abby Schlatter, CEO and co-founder of commonFont, “Through the partnership, commonFont and Qualtrics will leverage our unique capabilities in services and technology to deliver exceptional value to businesses seeking to win and differentiate through customer experience." [Business Insider]

Montana has a vibrant local brewing scene, and Missoula-based CO Brew, Inc. is making it even better as it has developed the means to capture and use the carbon dioxide produced in the brewing process. Paul Roys, head brewer of Lolo Peak Brewing Co. in Lolo, the first Montana brewery to implement the system, says carbon dioxide creation is the most wasteful part of brewing. When the yeast ferments the sugars in the wort, carbon dioxide is naturally created as a byproduct. However, typically there is no way to use it. “We create a lot more of it than we need,” he said. “And we blow it off it into the atmosphere, then buy it from a guy down the road who has to drive hundreds of miles to get it here.” By using the CO Brew system, Roys said they are able to capture, clean and reuse the carbon dioxide they produce, reducing their carbon footprint by more than 90 percent, which is significant since they calculate that they produce the annual equivalent to the emissions of 250 cars per day. This type of carbon dioxide capture isn’t new technology in the brewing industry, but it is something that was never available to the smaller operations, particularly in more remote parts of the country and state until now. [Great Falls Tribune]

In a presentation by the University of Montana Bureau of Business and Economic Research last week in Billings, it was noted that Montana’s economic growth in 2018 is focused on strong Bozeman and Missoula markets, with Yellowstone County and the eastern third of the state stagnant. And while it is not doom and gloom for Yellowstone County, several factors are keeping growth at a slower pace. "Yellowstone County serves a four-state area and when you look at the geography being served, the energy patched, ag centers and even the transportation industries have cooled off quite a bit relative to where things were a few years ago," said Patrick Barkey, director of the UM business bureau. Gallatin County is the strongest region for Montana job growth in the past year, adding almost 2,500 Montana jobs in 2017. Both Flathead County and Missoula County added more than 1,000 Montana jobs. By contrast, the state’s largest county (i.e. Yellowstone County) added fewer than 500 jobs, and the outlook also shows slower growth in Yellowstone County this year. [KRTV]

Seventus LLC, a new renewable energy development and finance firm backed by global company Suzlon, has acquired a major wind development in Montana from Gaelectric LLC. The 235-MW Jawbone Wind Projects is located in Wheatland County (Harlowton) on roughly 31,000 acres. “We are happy to add the Jawbone projects to the growing Seventus development pipeline,” said Tim Rosenzweig, Chief Executive Officer of Seventus. “These projects will help us to achieve our goal of providing low-cost renewable energy to our partners.” [Wind Powered Engineering]

Timeless Seeds in Ulm, located southwest of Great Falls, drives Montana to being top lentil producer in the nation

Timeless Seeds in Ulm, located southwest of Great Falls, is not what anyone would consider an overnight success, but the tenacity of the founders is a big reason Montana is the number one producer of pulse crop production in the country. When the company launched in 1987, it began producing a reseeding leguminous cover crop to not only fix the nitrogen in the soil without the use of fertilizers but also to build organic matter in the soil as the farmers began transitioning to organic production. Per founder David Oien, “Luckily the organic food market was just starting in the early 1990s.” He said Dr. Jim Sims of Montana State University introduced the concept of rotating out of wheat and using legumes to build the soil. They saw the wisdom in his advice and began growing lentils in 1994. Now, 30 years later, Montana is the number one state for lentils. According to Oien, things have changed a lot since that time. The operation quickly outgrew the outbuildings on Oien’s farm. And with the help of the local agricultural community, they were able to move to an abandoned grain elevator in Conrad, Montana. Now situated in Ulm, they continue to bring quality food well beyond Montana’s borders. [Great Falls Tribune]

Montanans have a robust entrepreneurial spirit and aren’t afraid to start their own companies, but there is much work to be done to ensure their businesses survive over time, according to a new study released by the Bureau of Business and Economic Research at the University of Montana (BBER). According to the study, the percentage of Montanans whose main occupation is owning a business is the highest in the country at 10.2 percent, compared to 6 percent nationally. Approximately 3,400 people in the state start a business each month, a rate that ranked first in the United States from 2013-2015 and fourth in 2016. In 2016, about 51.8 percent of all new businesses formed five years previously were still operating. That ranks ninth in the nation, but it still means that nearly half of all new businesses fail within five years of operating. Also, the number of private Montana firms with at least $2 million in revenue that have grown by at least 20 percent annually for three straight years is relatively low, ranking 43rd in the country. According to Bryce Ward of the BBER, "I would love to see more Montana entrepreneurs succeed at creating high-growth companies that create good job opportunities for lots of Montanans, that pay high wages and that serve customers across the country, and the world. Achieving this vision is difficult. There is not one thing that will get Montana there." However, per Ward, creating a deeper talent pool is critical. The full report can be found here. [Missoulian]