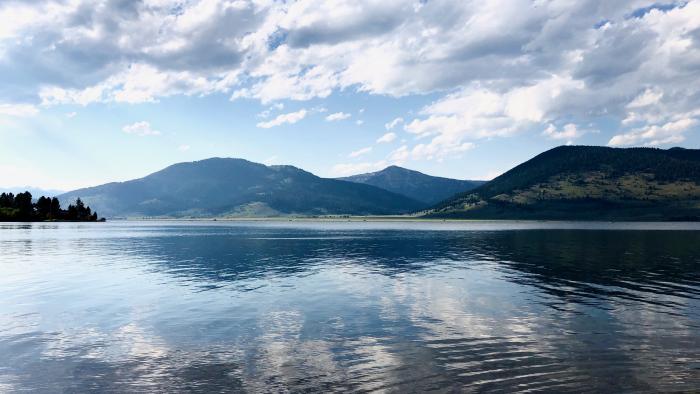 Hundreds of the world’s top tech leaders will converge in Missoula next week for the second annual “Quote to Cast: Teaming for Success,” hosted by Advanced Technology Group (ATG). According to ATG CEO, Tom Stergios, “We work in this space called Quote to Cash, so that’s our little play, getting folks from industry coming to Montana to talk about what’s going on in Quote to Cash. We’re a consulting company, and our clients look to us to help them with technology strategy and implementations.” Stergios expects 160 people to fly in from 31 states and nine countries, including Africa, Australia, Canada, France and Germany. Stergios continued to comment, “It’s a marketing industry event, and the idea is to generate new ideas. These conferences happen all over the world, typically in Las Vegas, San Francisco or Chicago. There’s a few boutique events, but we’re trying to break the mold and do something different.” ATG is also hiring for several positions as it continues to grow. [Missoula Current]

Missoula airport officials said this week that construction of the city’s new $67 million passenger terminal can’t happen soon enough. According to Brian Ellestad, the airport’s deputy director, “Summer is pushing us over the limit here for this building, so I’m glad we’re going to get started on construction. We need a building fast.” Two federal grants will help fund the cost of the construction, which includes relocating the TSA security checkpoint, extending the terminal access road and laying the utilities needed to feed the new facility. Airport officials are also looking to secure funding from the $1 billion in supplemental appropriations set aside by Congress to help pay for terminal reconstruction plans.  Small and non-hub airports like Missoula are first in line for the funding, so long as they have “shovel-ready projects.” So far this year, more than 173,000 passengers have flown out of Missoula and 178,000 passengers have arrived, both well ahead of last year’s figures. With larger aircrafts and more destinations, it has set new passenger records in each of the past few years, including last year’s record of 772,000 passengers. [Missoula Current]

The University of Montana and Inimmune (a Missoula startup) have landed a $5.4 million grant from the National Institutes of Health to develop a novel vaccine to fight bacterial infections in patients. The grant, announced Monday, comes four months after Inimmune landed a $176,000 grant from the National Institutes for Allergy and Infectious Diseases to research new drugs aimed at treating and preventing respiratory tract infections. Inimmune conducts research at both the Montana Technology Enterprise Center and the University of Montana’s Center for Translational Medicine. The company was founded by a team of senior researchers in 2016 who formerly operated in Hamilton with GSK Vaccines (hiring). [Missoula Current]

As shared with you in our weekly skim of Montana business news last week, according to a new report commissioned by the Montana Manufacturing Extension Center at Montana State University, employment in Montana’s manufacturing economy has grown much faster than in the rest of the United States. The report,  prepared by the Bureau of Business and Economic Research at the University of Montana, indicates that Montana added 3,500 manufacturing jobs during 2010-2017, an increase of 21 percent vs 8 percent nationwide. The increase, which can be explained partly by an increase in the number of businesses making alcoholic beverages, structural metals and electronic instruments, occurred despite continuing declines in wood and paper products manufacturing across the state. Other significant sectors of Montana’s manufacturing economy include food and furniture products. The 2018 State of Montana Manufacturing report can be found here. [Montana State University]

Looking for a tech job? Here’s your starter list of Montana’s top employers

Recently, the Montana High Tech Business Alliance published a list of Montana’s Top Tech Employers. The list includes 25 companies that focus on services like engineering, software, consulting, information technology and retail. Christina Henderson, executive director of the Montana High Tech Business Alliance (MHTBA), said these companies meet specific criteria to make the list. “These (on the list) tend to be our larger anchor companies – ones that are doing a lot of hiring, tend to have 20 or more employees, and have plans to grow,” she said. The list profiles each of the 25 employers, which includes Edulog (hiring), Advanced Technology Group (hiring), Blackfoot (hiring), WGM Group (hiring) and others. According to Henderson, the tech industry is growing at a rate nine times the overall Montana economy and is expected to add nearly 1,200 new Montana jobs this year that pay twice the median wage. [Missoula Current]

In a report published last month by the University of Montana’s Institute for Tourism and Recreation Research, it was found that Montanans are a key contributor the state’s travel and tourism industry, spending nearly $2.9 billion on day and overnight trips within the state during 2017. Based on a sample size of more than 10,000 travelers from each Montana county, it was estimated that Montana residents traveled for day trips over 13.5 million times and made slightly more than 4 million overnight trips within the state. Nearly $1.7 billion was spent on day trips, with another $1.2 billion spent on overnight trips. Alex Tyson, executive director of Visit Billings, called in-state travel "critical to Montana's economy. Tourism in Montana and Billings is a catalyst to connect communities and plays a significant role in trade and industry." [The Missoulian]

The Montana Department of Commerce announced $794,510 in grants this week. The funds, which are being awarded through the Montana Board of Research and Commercialization Technology (MBRCT), will be awarded to nine research projects in four communities across Montana to encourage innovation, research and high-wage Montana job creation. Companies receiving grant funds to pursue projects include Revibro Optics, Bridger Photonics, Glacigen Materials, Agile Focus Designs, NWB Sensors, all of Bozeman; DermaXon LLC of Missoula; Yellowstone Scientific Instruments of Big Sky; Prime Labs, of Greenough (just east of Missoula), and Renee Reijo Pera of Montana State University. Since 2001, the board has funded $43.6 million into 243 research projects, which in turn have attracted another $398 million in investment. Learn more here. [Montana Department of Commerce].

UM Bureau of Business and Economic Research hits the road

The Montana Chamber of Commerce is sponsoring officials from the University of Montana Bureau of Business and Economic Research this week as they travel to several cities across the state for a mid-year economic update. According to Director Patrick Barkley, “Bryce Ward will be making the trip to talk about entrepreneurship. He’ll talk about how we’re stacking up against other states and what we are and are not doing well. There will also be some local business people in each location to talk about their own local economies.” The Economic Update Series will start today in Kalispell and make its way across the state ending in Missoula on August 9. [KGVO.com]

In a report issued this week titled, "Doing It Right: Colstrip's Bright Future With Cleanup," the Northern Plains Resource Council argues that if Talen Energy, the company responsible for cleaning up the coal ash ponds after the closure of the Colstrip plant, were to drain the ponds, excavate them from the ground and reclaim the land it would create a number of Montana jobs after the power plants close down and make the land more attractive to businesses and industries looking to come to Colstrip in the future. Under Talen’s current plans - which still need state approval - the company plans to simply cap the ponds rather than remove them. Partnering with the Northern Resource Council on the report was the International Brotherhood of Electrical Workers (Local 1638), which is based in Colstrip. Both groups hope Talen will use local workers and Talen employees in the cleanup efforts rather than contracting with an outside company. [Billings Gazette]

The Bozeman Police Department is adding to its staff, including a second full-time animal control officer, an information specialist and, for the first time, part-time sworn officers. Bozeman Police Deputy Chief Jim Veltkamp said the new positions are an effort to increase staffing for specific duties and to help free up time for things that “should and need to be handled by a patrol officer.” A recent staffing analysis recommended adding positions, both sworn and civilian, to help the department manage Bozeman’s growth. Veltkamp said that the study helped guide the department’s decisions when creating these new positions. [Bozeman Chronicle]

Amid the ongoing discussion of how to help solve the teacher shortage in the area of computer science, the Montana Board of Public Education approved a new subject-area license for coding earlier this month. The new license, which will be different than the subject-area computer science license that the state already offers, will require teachers who already hold a regular license to complete an additional 80 hours of training to become certified. It’s no question that computer science is a hot field in K-12 education as it is being offered in more and more schools. However, the struggle to find qualified teachers is a significant problem - and one that is often exasperated in Montana’s many small rural schools. According to a 2017 report from Code.org, only two Montana schools offered the Advanced Placement Computer Science course in 2017 and only 13 students took an associated test that gives them a chance to earn college credit. Read more about this topic, the goals behind the new 80-hour licensing endorsement, what some teachers have to say about it and some of the remaining uncertainty and opposition to the new license here. [Billings Gazette]