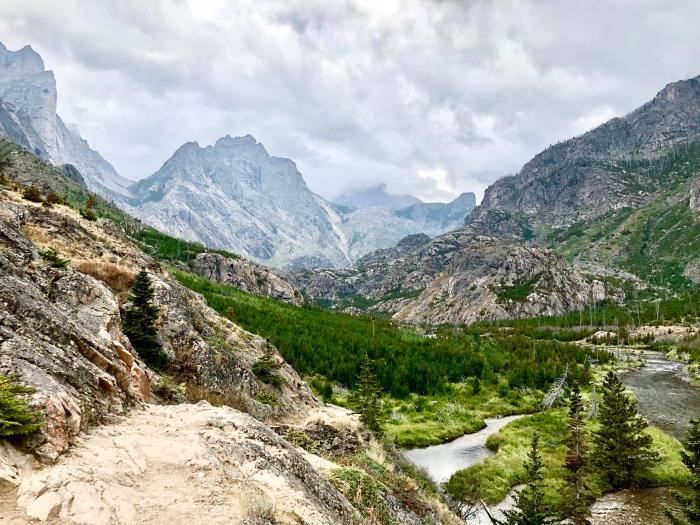 Billings-headquartered First Interstate BancSystem (hiring) completed its purchase of Spokane-based Inland Northwest Bank (INB) on Thursday in a $160.9 million stock deal. INB customers will see no immediate changes, according to First Interstate BancSystem. The parent company of First Interstate Bank has 120 offices across Montana, Washington, Idaho, Oregon, South Dakota and Wyoming. “For now, it is ‘business as usual’ for INB. Clients will continue to work with the same bankers they’ve come to know and trust, and INB’s local leadership remains in place,” Kevin Riley, First Interstate president and CEO, said in a news release. [The Spokesman-Review]

Eagle Bancorp Montana to acquire The State Bank of Townsend in Townsend, Montana

Helena-headquartered Eagle Bancorp Montana, Inc. (NASDAQ:EBMT), the holding company of Opportunity Bank of Montana (hiring across Montana), announced this week that it has reached an agreement to acquire Big Muddy Bancorp Inc. and its wholly owned subsidiary, The State Bank of Townsend. The all-stock deal will further solidify its position as the fourth largest Montana-based bank with approximately $940 million in assets. The State Bank of Townsend currently operates four branches in Townsend, Dutton, Denton and Choteau. After completion of the transaction, Opportunity Bank will have 21 retail branches in Montana. The deal is expected to close during the first quarter of 2019. [NASDAQ.com]

A new app created by a Bozeman developer, Ryan Rickert, will pay you to go to breweries. The app, PintPass, went into pre-release last week with already nearly 19,000 participating and is expected to fully launch on October 15th. In exchange for answering three or four questions about their experiences at breweries, app users will get $2 credited to their account, which they can put toward the bill, save or text the credit to a friend (even a friend who doesn’t use PintPass). It’s meant to provide local breweries with more regional marketing data. The app will be free for brewers and beer drinkers alike, and it will be available in every state at more than 5,500 breweries. [Bozeman Chronicle]

The first three students to be awarded scholarships to attend Montana Tech at no cost, as part of the university’s new Butte Initiative program, shared similar reactions of shock and excitement. The program gives full, four-year ride scholarships, plus room and board and money for books, to three students from Butte, who would be the first in their families to graduate from college and who have “a real financial need,” according to Montana Tech Foundation Executive Director Michael Barth. According to Barth, “We’re going to work very hard to ensure we’re able to continue this long into the future.” Eventually, he’d like to see between six and nine students given full scholarships as part of the initiative. But to do so, the Montana Tech Foundation will have to continue fundraising. [Montana Standard]

Billings-based SleekEZ is the only pet product to make it onto Inc. 500's 2018 List

As we shared last week, Inc. Magazine has recently published its lists of the top 5000 fastest growing private companies. Included on the list were several Montana-based companies with SleekEZ LLC as one of the country's top 500 fastest growing private companies and the State of Montana's fourth fastest growing business of 2018.  SleekEZ, ranked #394 on a list of 5000, is one of only 12 percent of woman-owned businesses in the entire nation to make the list and also the only pet product company to make the list. "We are proud to have contributed to bringing Montana's rank to number three for the nation's revenue growth," said Jennifer Tipton, the company's founder and creator of the best-selling animal grooming tool. "Montana is not the easiest place to operate a consumer product and service business; quality employees, logistics and warehousing have been challenging." Despite these challenges, however, Tipton has grown the business by 1257.4 percent between 2014 and 2017. [PR Newswire]

During a roundtable conference at the Montana Technology Enterprise Center in Missoula this week, local industry leaders and U.S. Rep. Greg Gianforte discussed the inadequate high-tech workforce among other concerns. Also voiced during the meeting were concerns about rising health care costs crippling Montana startups and small businesses. Brent Campbell, CEO and president of WGM Group (based in Missoula and hiring), said the number of employees at his company has climbed 50 percent in the last year. That can create issues with health care costs — Campbell's biggest concern — which have doubled from $250,000 to $500,000 in the past four years. He can't raise his costs fast enough to keep up with that kind of increase, he said. Health care aside, hiring seemed to be the common denominator of the day. Nearly everyone in the room raised a hand when Gianforte asked how many companies were looking to fill vacant job positions. "For the first time in decades we have more jobs available in the country than we have people looking for work," Gianforte said after the meeting. "When you've got customer orders, and you don't have people to design and build and deliver those products, it means you turn revenue away." [Missoulian]

Montana Economy at a Glance, published by the Montana Department of Labor and Industry

The Montana Department of Labor and Industry published its monthly report on Montana’s economy (including job outlook), noting that the unemployment rate continued to drop. According to the report’s projections, Montana anticipates 61,710 annual job openings over the next ten years. 3,860 from annual “change” (growth from new jobs), 32,680 from annual “transfers” (workers leaving one occupation for a different occupation, possibly through a promotion or career change), and 25,170 through annual “exits” (people who leave the labor force entirely, possibly to retire, start school, or for family reasons). Find the full report here.