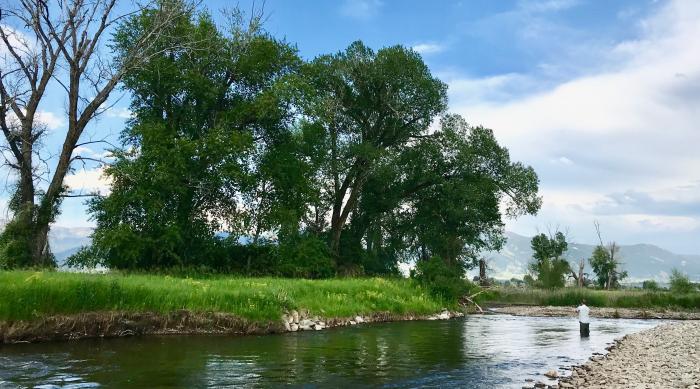 School is in, smoke is out, and our fishing game is strong. Get your weekly skim of Montana business news below while hanging onto this last bit of summer.

Missoula-based Submittable (currently hiring) recently made Inc. Magazine’s list of the nation’s 5,000 fastest-growing companies.  Founded in 2010 by three college friends, the company has grown from 26 employees last spring to 72, and is now measuring the firm’s revenue in the millions of dollars. Still, CEO Michael FitzGerald takes a humble view of the company’s beginnings and its long-term goals for growth, which include 500 workers who earn more than double Missoula’s median wage. “It feels crazy to me,” FitzGerald said. “I’ve never done this before. Every time we add a new employee, we’re treading new territory.” Recognizing the company’s potential for growth and his own limitations, FitzGerald and Submittable are now bringing on experienced executives to move the company to the next phase of growth. “We’re trying to find people who have been at our stage and have gotten to the next stage,” FitzGerald said. “At each stage, there’s certain characteristics for a company, so we’re in the thick of that. It’s where you scale and start to have managers. Our first 30 employees were Missoula hippies trying to figure it out. Now, we’re bringing in the executives.” [Missoula Current]

Can Do: Why Montana is an incubator for fast-growing tech companies

On this episode of Montana Public Radio’s "Can Do" series, Christina Henderson, executive director of the Montana High Tech Business Alliance, explains what entices so many new companies to start up or relocate to Montana, and how the Alliance plans on continuing to help start-ups and established businesses alike. The episode discusses the Montana tech boom, how technology has changed company culture, and the broad variety of Montana jobs the tech industry has to offer in the state. [Montana Public Radio]

The Missoula Ronald McDonald House has been hosting families who need a place to stay while their child or children receive medical treatment for many years. But, in 2017, the house had to turn away 72 desperate families due to a lack of space. “It’s heartbreaking to tell a family that we can’t accommodate them,” said Amy Peterson, CEO of Ronald McDonald House Charities of Western Montana. However, between a generous donation of $957,000 from AbbVie, a research-based global biopharmaceutical firm, as well as other local and regional donor support and a $650,000 gift from the Jane S. Heman Foundation, Peterson said the Missoula Ronald McDonald House is at 82 percent of the total needed to fund the expansion, and that construction will start immediately. [Missoulian]

After compiling data across a number of categories, Verizon Business named Missoula one the best small cities in the U.S. to start a business. The third best, to be precise. “Some would think it a little out of the way for starting a business, but Missoula is enjoying a fast trend upward in its population and economy,” the ranking stated. “Plus, it’s probably one of the most picturesque cities on the list.” According to Verizon, the rankings reviewed data from 300 U.S. cities with a population between 50,000 and 75,000 people. Factors included education, the time it takes to commute to work and access to broadband. It also considered income per capita and labor costs, loans per capita, and tax scores from the 2018 State Business Tax Climate. Missoula was the only Montana city ranked by Verizon Business. [Missoula Current]