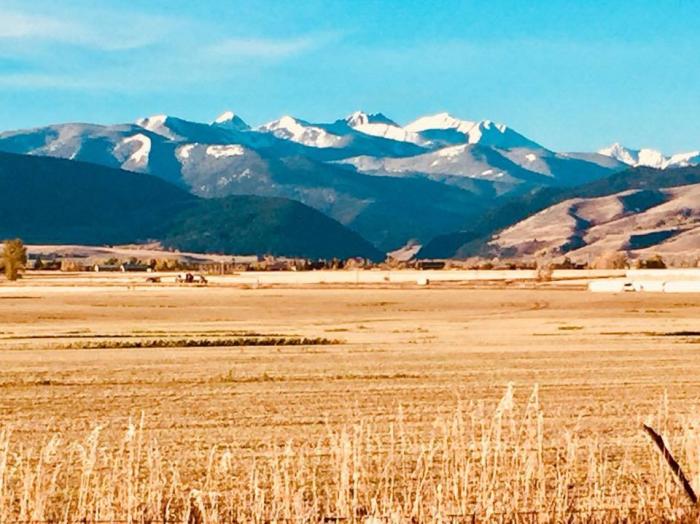 ClassOne (currently hiring) opened up an operations arm in Kalispell six years ago, refurbishing Semitool processor machines that create wafers, which hold microchips and go into all types of technology. The company deals in electroplating equipment, electroplating tools, spray solvent tools, and spin rinse dryers. ClassOne Technology started in Atlanta, Georgia, before getting its bearings with a branch in Montana. And now, it is on the precipice of a $100 million market for its equipment and plans to double the size of its operations footprint in Kalispell - with plants to eventually build a headquarters in the Flathead Valley. The first three years in the Montana location were tough, said president Kevin Witt. But once they found that their ClassOne products were accepted in the marketplace, business has grown 50 to100 percent every year. “The refurbishments are popular, and we’ve had hyper-growth in new products.” [Flathead Valley]

With Missoula’s tech scene heating up, the Old Sawmill District and its team of developers unveiled their plans for a tech and innovation campus, one large enough to support more than 1,000 workers when the build is complete. According to project developer Ed Wetherbee, “There’s a great need for companies to co-locate, and for companies to feel like they’re in a great work environment that not only is great for efficiency and effectiveness but is also great to recruit and retain employees.” The first structure for the campus is already permitted and ready for construction, which will occur with the acquisition of a tenant. When fully built, the campus will offer up to 200,000 square feet of commercial space. It will also serve as a showpiece for Missoula’s burgeoning tech industry and could play a role in recruiting top talent to the city. [Missoula Current]

A Montana sheep ranch that wanted to find an alternative to getting commodity pricing for its wool created Duckworth, the world’s only source-verified, single-origin Merino wool apparel company. “We were tired of getting commodity pricing for our wool. We were really putting in the extra work to make it a little bit better than the general commodity,” said Evan Helle of Helle Livestock in Dillon. All the wool used in Duckworth products is 100 percent Made-in-the-USA from their very own Helle Rambouillet Merino flock and certified Duckworth Wool Cooperative growers. Schnee’s in downtown Bozeman is just one of the many locations in the United States and the world where you can find Duckworth clothing apparel. Owner John Edwards says Duckworth’s Sheep-to-Shelf concept is resonating well with customers. “People seem to really appreciate the quality of the Duckworth products and the fact that it’s all made in America. We’ve been able to tap into the Helle resource of some premium Merino fiber and people seem to really respond well to it.” For wool producers like the Helles, it’s also rewarding to know their Duckworth brand is helping to create jobs and keep the U.S. textile industry alive. [KTVH]

Livability just ranked Bozeman in the top 10 best places to raise a family. According to Livability, Bozeman is more like a giant outdoor playground than a city. And with an average commute time of less than 15 minutes, there’s more time to spend together as a family skiing, fishing, rafting, golfing and hiking. The report continues to share that Bozeman is home to Montana State University, which is the city’s largest employer, as well as a burgeoning tech scene. And on top of that, the population is still under 50,000 people, so you can easily get to know your neighbors and feel a genuine sense of community in Bozeman. With rankings of Bozeman’s top kid-friendly restaurants, weekend activities and coolest indoor playgrounds, Livability shows why Bozeman made the top ten list. [Livibility.com]

Last week, East Middle School in Great Falls became the first in the nation to receive a 30,000 dollar grant from AT&T to start a new student-run entrepreneurship program called RAM Enterprises. The grant allows students to learn entrepreneurship through the school year and summer. It gives kids the chance to learn everything from business aspects to incorporating technology with creating products to financial literacy and teamwork. "The ability to begin their own businesses, to make some money, but then to also learn some of the soft skills like how to deal with customers and take orders. It's exciting to see because looking around this room today, you know that tomorrow's leaders are being trained right here in our public schools today," said Montana Gov. Steve Bullock. The students in RAM range from 12 to 14 years old. They'll run the entire program from hiring to marketing while learning trade skills like woodwork, engraving, and ceramics. The products they make will be sold to customers at local events. [ABCFox]

The City of Bozeman launched its own podcast – called “Micromegas” this week. The podcast, a continuing series created by the city’s Office of Economic Development, will focus on business success stories in Bozeman’s rapidly-growing community. The title “Micromegas” refers to the idea that “big things come in small packages,” a nod to how small business entrepreneurs can change an entire community. Episode One, entitled “Meeting Mo’Bowls” looks at local entrepreneurial team, brothers Jesse and Tyler Collins, who run the Mo’Bowls mac and cheese food truck and brick-and-mortar restaurant. Bozeman Economic Development Director Brit Fontenot says although a podcast might seem like an unconventional way of approaching citizens, it’s proved to be an innovative outreach tool for other groups. An official introduction to the podcast can be found here. [ABCFox Montana]

Employees of Advanced Technology Group (hiring) welcomed Cognizant, their new corporate owner, to Missoula last week to celebrate the future - one that could see the local workforce swell to four figures and expand the company’s partnership with the University of Montana. Cognizant, a global consulting firm, announced last month that it had purchased ATG. The deal closed last week and was punctuated by Tuesday’s soiree at the Wilma in downtown Missoula. “We did a lot of good, quality work together and believe this is the right thing to do for both companies,” said Ronan O’Flaherty, head of strategy for enterprise application services at Cognizant. “Now the fun starts. This is the starting point of something we think will be really great.” Cognizant ranks 9th on Forbes’ list of fastest-growing technology companies and 196th on the Fortune 500. The firm has retained ATG’s brand, listing it only as a Cognizant company. With the acquisition complete, corporate leaders are already evaluating the future, including the idea that ATG’s workforce in Missoula could expand far beyond its 130 employees. [Missoula Current]

The United States Department of Agriculture announced on Monday that it’s fielding offers from more than 130 parties to host two of its research center headquarters, and Montana State University is one of those potential locations. The USDA announced in August its intention to relocate its headquarters for the Economic Research Service (ERS) and the National Institute of Food and Agriculture (NIFA) from its current home in D.C. MSU threw its hat in the ring earlier this month. The university’s 42-acre Innovation Campus, which is spearheading the proposal, is vacant and open for development. But now it’s up against 135 other offers from across 35 states – and Montana itself has three proposals on the table. Billings’ Big Sky Economic Development and the Missoula Economic Partnership are also hoping to score the new headquarters. The move would bring 620 USDA employees from the ERS and NIFA headquarters in Washington, D.C. to the future location. The next steps are likely to include a formal proposal to the USDA. The department says its goal is to make a decision and finish negotiations on the new headquarters by the end of 2019. [ABCFox Montana]

Military innovations are often the perfect launching pad for commercial businesses far beyond military base fences. For that reason, Nicholas Ripplinger, founder of Dayton’s Battle Sight Technologies, doesn’t see TechLink as just another program. Neither does Timothy Shaw, president and chief operating officer of Riverside’s GlobalFlyte Inc. TechLink, based at Montana State University in Bozeman, calls itself the U.S. military’s sole national “partnership intermediary” for technology transfers to private companies. And, it helped Ripplinger, Shaw and their companies get launched. The organization does the same for dozens of companies across the nation. In 2018 alone, TechLink facilitated 91 technology license agreements across the Department of Defense (DoD) , including 48 from the Air Force, 28 from the Navy and 15 from the Army. [Dayton Daily News]

Grant Kier, the new executive director of the Missoula Economic Partnership (MEP), predicts that Missoula’s thriving economy will have generational impacts leading to stronger ties between the city’s premier institutions. At an event this past week, Kier said, “If economic development is anything, it’s about making sure the children that grow up in our town, and in our state, have every opportunity to take their skills and build on that. If they’re willing to put their energy and their efforts to work in our community to make it stronger, we as a community will give them a platform to succeed.” Discussions at the biannual event with MEPs partners and investors signaled a shift toward a stronger collaboration between MEP, the University of Montana (UM) and local government, including the city and the county. With joint master planning taking place between the city and UM, and technical assistance provided by a number of organizations, including Blackstone LaunchPad, the Montana Small Business Development Center, the Montana World Trade Center, and the Procurement Technical Assistance Center, among others, the planned “innovation corridor” across Missoula is beginning to take shape. According to UM President Seth Bodnar, he is excited about what’s been done and where the community is headed. “We have more than 20 exciting Missoula startups spanning life sciences, education technology, drones and software-to-service companies that are housed at MonTECH that need a good place to get their business started, and the university provides that,” said Bodnar. Bodnar and Kier cited a number of recent and now-familiar successes, including the arrival of 4Cast and ClassPass, which recently announced plans to grow its local workforce to 175 employees in downtown Missoula. But Advanced Technology Group, recently acquired by Cognizant, took center stage for its number of potential new Montana jobs, its Missoula roots and its growing ties to the university. The company recently hired its 100th UM graduate – a trajectory that exemplifies Missoula’s future, Kier said. [Missoula Current]

Hard-rock mining in Montana digs up $2.7B a year, report says

Montana’s hard-rock mining industry supports more than 12,300 permanent, year-round Montana jobs with average annual earnings of $86,030, according to a recent report that was discussed by the University of Montana’s Bureau of Business and Economic Research (BBER) at Great Falls College – MSU earlier this week. The 14-page BBER study, sponsored by the Montana Mining Association, found that mining produces $2.7 billion in economic output statewide and almost $200 million in state government revenue annually. “The Montana hard-rock mining industry is an important source of prosperity and value to Montana households, businesses and governments,” the report states. “Not just in the mining community but throughout the state.” The BBER report also studied the economic impacts of three new mining projects now in the permitting process. [Great Falls Tribune]