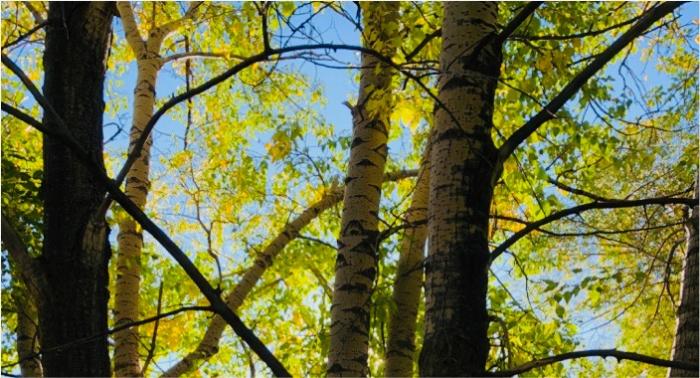 Chernin Group has become the principal investor in MeatEater Inc., (hiring a VP of Finance), a new outdoor-lifestyle media company based in Bozeman, Montana. It was founded by Steven Rinella, author, podcaster and host of Netflix’s “MeaterEater” series. Rinella recently relocated to Bozeman from Seattle. The Bozeman-based media company, formed in February 2018, caters to an audience of wildlife enthusiasts, providing a hub for hunting, fishing, food and conservation. MeatEater will center on Rinella’s popular show and podcast, but will develop additional content that appeals not just to hunters and anglers but all fans of outdoor lifestyle and sustainable eating, execs said. Chernin Group owns a minority equity stake in MeatEater Inc. but, in terms of governance, has the controlling interest. Other stakeholders include founder Steven Rinella, MeatEater Inc. CEO Kevin Sloan and Zero Point Zero Production, which produces “MeatEater” for Netflix. Sloan, MeatEater’s CEO, joined the company in July after serving as president of hunting-apparel brand Sitka Gear (hiring). “My background is understanding outdoor and building brands, across the commerce spectrum,” he said. Currently, MeatEater Inc. has about 10 employees. Sloan expects to double that by the end of 2018. [Variety]

Members of the public will have opportunities to tour Montana manufacturing businesses as part of a national celebration of manufacturing. Aerospace manufacturer Boeing in Helena (hiring), Bozeman-based snowboard binding maker Spark R&D (hiring) and aluminum parts producer Spika in Lewistown (hiring), as well as West Paw (hiring), Simms (hiring), TowHaul and Quantel (hiring) all of Bozeman will open their doors during Manufacturing Day on Friday, October 5. “If you’ve ever wondered how things are made, these tours are a great way to find out,” said Paddy Fleming, director of Montana Manufacturing Extension Center (MMEC) at Montana State University. The events are also a chance for people to see what manufacturing jobs look like and determine whether a manufacturing career might be a good fit for them, he added. MMEC works one on one with manufacturers to improve their production processes, expand into new markets and develop their workforces, among other things. MMEC encouraged its manufacturing clients around the state to participate in Manufacturing Day and has been helping them organize their events. A full listing of the Manufacturing Day events and information about how to attend can be found here. [Montana State University]

Missoula-based Inimmune Corp. has received a nearly $600,000 federal grant to identify and advance novel treatments for seasonal allergies. The Small Business Innovation Research contract was awarded by the National Institute for Allergy and Infectious Diseases. “This award is one more example of Inimmune’s unwavering pursuit to discover and develop novel immunotherapies for the treatment of allergy, autoimmunity, infectious disease and cancer,” said Jay Evans, Inimmune co-founder, president and CEO, in a written release. That award will help develop a vaccine to fight a particular bacteria known as P. aeruginosa. Considered a deadly pathogen, the bacteria serves as major cause of infections in diabetic wounds, lungs and other regions of the body. [Missoula Current]

Bozeman was recently spotlighted by the Minneapolis Federal Reserve for its strong recipe for growth. The spotlight series is an occasional feature in which the Minneapolis Fed has held private meetings with area businesses to gauge regional economic conditions. Bozeman, which has seen above-average growth for an extended period of time, is incurring growing pains as Montana’s fourth most-populous community transitions from small town to big city. This is the situation that Federal Reserve Bank of Minneapolis President Neel Kashkari saw and heard about firsthand during a visit to the region in early September of this year. Bozeman and the surrounding Gallatin County have experienced uninterrupted population growth for the last half-century through both strategic growth and some serendipity. For starters, natives and newcomers alike have long been attracted to the region’s natural amenities. Additionally, Bozeman is home to Montana State University, which continues to set enrollment records for the past 10 years alongside its recognition for research and growing niches in energy, transportation, photonics, biofilm, and other areas which is producing graduates in high-demand fields and has spun out 50 startup companies. But maybe no sector or institution has had more economic impact on Bozeman—especially in recent years—than its high-tech sector. In a roundtable with Kashkari, high-tech business leaders pointed to how the RightNow Technologies buyout helped nurture the next phase of the region’s high-tech entrepreneurialism. At least 15 startups in Bozeman trace their roots back to RightNow employees. Unfortunately, all of this good news also leads to some bad news. Bozeman’s labor force is growing significantly faster than the state’s three largest metro areas, but labor demand from high-tech and other companies across the local economy is growing faster than the workforce can supply. And the cost of living is also getting pushed higher. [Federal Reserve Bank of Minneapolis]

The first Minnow Tank Business Plan Competition, created and hosted by Great Northern Development Corporation, took place this past weekend in Glasgow (located in northeast Montana). Inspired by the business reality show, Shark Tank, the Minnow Tank Competition focused on small businesses in this region of the state, bringing in contestants from nine Montana towns across seven counties. The competition was partitioned into two categories: start-up businesses and existing businesses, each competing to take home a $5,000 prize . Competitors presented their businesses to the assembled crowd and a panel of three judges: Julie Jaksha, regional director of the Small Business Development Center for Headwaters RC&D; Michael Peter, director of the Food and Agriculture Development Center; and Maggie Metzger, small business program specialist at the Montana Department of Transportation. Some of the start-up presentations included Bainville Meats, Rubicon Cookshack, Ashley Stentoft (a home decor store), Knuckle Biscuits (all-natural dog treats), Cobb Medical (with a CPR manikin designed to improve retention and understanding of CPR) and Gladrock (with plans to revive the Gladstone Hotel into retail space and limited hotel space). Some of the existing businesses includedPrairie Breeze Equestrian Center, Missouri Breaks Brewing, Prairie Hills Recovery Center (a treatment center in Sidney and Glendive who expressed a desire to offer more comprehensive treatment for addiction and trauma) and Gorilla Heating and Air. After the votes were tallied and the judges conferred, Cobb Medical and Prairie Hills Recovery walked away with checks. [Glasgow Courier]

A new program of the Main Street Montana Project will focus on creating economic opportunities in small towns and rural and tribal communities in Montana, state officials said recently during a stop in Choteau, Montana. Beginning this fall, Main Street Montana – Rural Partners will start six community partnerships to provide aid and help economic and community development projects to rural Montana. This will be done with support from the lieutenant governor’s office and the Governor’s Office of Economic Development. Gov. Steve Bullock launched the Main Street Montana Project in 2013 and had public and private sectors work together to implement a business plan for Montana and provide direction for the state’s economic future. Gov. Bullock and Lt. Gov. Mike Cooney said they will develop partnerships with community leaders, businesses, local organizations and the public in rural communities to address challenges unique to rural Montana and connect communities to share opportunities. [Great Falls Tribune]

For the PatientOne team, startups do not exist in a vacuum. Co-founder John Beighle said networking is one of the most important pieces of the startup puzzle. Beighle said, “Learning how you can help people reach their goals and how they can connect you to others who can help you succeed is a key element in a startup.” PatientOne had worked with Paul Gladen at the UM Blackstone LaunchPad at the University of Montana. Gladen introduced the company to a number of connections, including a potential Montana-based investor who recommended they apply to the Boomtown Accelerator’s HealthTech program in Boulder, Colorado. In under two weeks, PatientOne applied for and was accepted into the program. The accelerator experience, Beighle said, was transformative. It was also a lot of work - from challenging their product to properly preparing pro forma and business models. Beighle said the accelerator aimed to help growth both the startups and their network of potential customers and investors. “We’re now feeling a 100 percent improvement in our company trajectory in order to make it successful and profitable,” Beighle said. “We were at a phase in company growth where we needed an outside influence like an accelerator to perfect and validate our company and product.” [Montana High Tech Business Alliance]

According to the U.S. Census Bureau, international exports play a large role in the Montana economy with more than $1.6 billion in Montana goods being bought by other countries in 2017. “Export is critically important bringing additional dollars into our economy,” said Casey Lozar with The Montana Office of Tourism and Business Development, “It allows us to be resilient as our domestic economy has its ups and downs.” Montana’s largest international importer of commodities is Canada with $685 million exported to Canada last year. This week, the Trump administration announced that trade officials from the U.S., Mexico and Canada had reached a deal to restructure the North American Free Trade Agreement. While the impacts and timeline are not entirely clear at this point, officials have begun scouring the details to understand the potential impacts. [KTVH]

In less than a year, a high-tech fitness-focused company called ClassPass has gone from just a few workers to more than 100 relatively highly paid employees in Missoula. And they are still hiring. The company will also soon be moving into a new 15,000-square-foot office on the fifth floor of the First Interstate Bank building downtown. The company has benefited from the Montana Department of Commerce’s Big Sky Economic Development Trust Fund program, which reimburses companies who pay relatively high wages and bring in revenue from outside Montana. ClassPass has received $159,000 in the past for creating 22 Montana jobs and will get reimbursed about $300,000, minus administrative fees, for another 40 new Montana jobs in the future. Governor Bullock, who visited the office this past week to celebrate the achievement, said the company has seen “meteoric” growth. “Everybody takes credit for ClassPass being here, but really the reason I think ClassPass is here is because of the community, the quality of life, the talented trained people that they’ve hired,” he said. [Missoulian]

One Big Sky District in Billings aims to be more than a convention center, developer says

Landmark President Bob Dunn, the developer who’s studying the feasibility of creating the One Big Sky District in downtown Billings, has said the proposed multi-use convention center is only one project anchor he and his team are evaluating. “You will soon see the magnitude of opportunity we think exists around health and wellness,” Dunn said of the other district planned for the development, which Landmark and its Billings partners are studying through the end of the year. “It’s clearly one of the catalysts for growth in the future.” Capital investment, he said, will follow the growth of Billings’ two biggest medical centers, St. Vincent Healthcare (hiring) and Billings Clinic (hiring). He said mixed-use development, including multi-generational housing, will naturally tend to cluster in the wellness district, which also benefits from the influence of Billings’ nearby four-year institutions — Rocky Mountain College and Montana State University Billings. The wellness district could also attract startups and more traditional medical technology companies, “maybe on a modest scale,” Dunn said. [Billings Gazette]