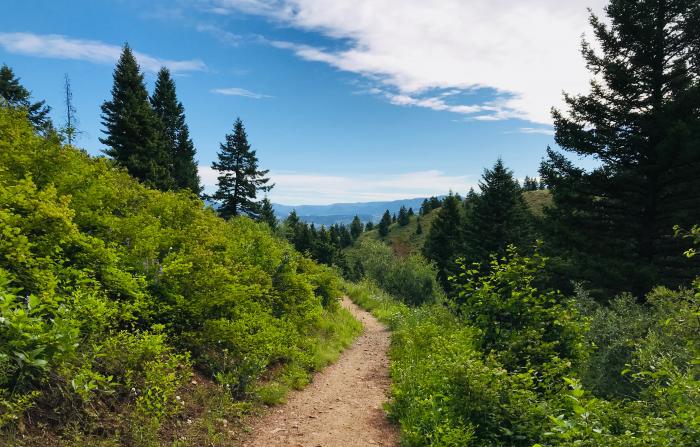 The Alberta Bair Theater (find volunteer opportunities) has received a $1 million gift from private donors Jim and Chris Scott, pushing the performing arts organization above the $9 million mark in fundraising as it prepares to renovate the aging theater. The organization anticipates renovation and expansion costs of $12 million. The renovation plan, developed by CTA Architects (hiring), includes a 3,200 square-foot expansion that will double the size of the lobby and ground floor concessions and incorporate the new ticket office. The theater will go dark on May 1, 2019 and reopen in September 2020. [Billings Gazette]

After standing vacant for nearly a decade, the final lot leveled by the 2009 natural gas explosion in downtown Bozeman will be home to a new restaurant, office space to the community and other exciting community benefits. According to one of the project developers, Bryan Klein, credit was given to local Montana companies who helped solve various financing issues. “This project definitely would not be happening without the help of New Markets Tax Credits (NMTC), MoFi (hiring) and First Security Bank (hiring)”. The New Markets Tax Credit Program is an innovative federal program that helps incentivize and finance economic development projects in low-income census tracts around the country. Missoula-headquartered MoFi works with investors to turn the credits into cash and then uses that cash to fund catalytic development projects. In this particular case, the NMTC came with some exciting benefits to the community of Bozeman. First and foremost, the project will create more than 150 stable, quality Montana jobs that are accessible to low-income people. The third floor will be leased to nonprofit organizations that have a primary mission of serving low-income communities and will be leased at 50% of the market rate. And the fourth floor’s flexible office space, with an emphasis on creative collaboration and business incubation, will provide room for Bozeman’s growing entrepreneurial and startup economy. Additional examples of businesses funded with New Markets financing include the new Missoula Food Bank, the Great Falls Rescue Mission’s Cameron Family Center, the Copper King Hotel in Butte, the tribal government building on the Fort Peck Reservation in Poplar, and the Universal Athletic Service headquarters in Bozeman. [Bozeman Magazine]

Missoula-based outdoor tech company, OnX (hiring), recently named Laura Orvidas as CEO. Orvidas was formerly the VP of Consumer Electronics at Amazon. She said onX’s decision to hire a female CEO is exciting, not only for Montana but for a male-dominated industry. “That speaks volumes to the board, Eric the founder, and the leadership team – that they would hire a woman from Chicago to run a tech company in Montana,” Orvidas said. “I think it really showcases that people recognize diversity is important and are trying to make positive change.” Eric Siegfried will remain onboard as founder, continuing work to enhance the off-pavement location experience as well as leading advocacy efforts for public lands and access. Siegfried said Orvidas’ experience will help propel onX to its next stage of growth. onX closed a $20.3 million growth equity investment led by Summit Partners in February and announced their intentions to create dozens of new Montana jobs between Missoula and Bozeman. Orvidas is excited by the company’s growth and is looking forward to working with a smaller team. [Missoula Current]

Montana’s economy continues to grow, state officials said Tuesday, noting an annual Labor Day report that 4,600 Montana jobs were added in 2017. The report, compiled by the Montana Department of Labor and Industry, noted that Montana has posted the fourth-fastest wage growth nationwide in the past decade, gross domestic product growth is outpacing the rest of the United States and entrepreneurs started 2,940 new businesses. Additionally, with Montana’s unemployment rate at 3.7 percent, the lowest it has been in over a decade, this means a tightening labor market can make it difficult for businesses to fill positions. According to Governor Steve Bullock, “The key to economic growth and prosperity is a trained and talented workforce.” And, in this spirit, the state also recently announced the first-ever Montana-registered apprenticeship brewing program. An apprentice will complete about 140 hours of online courses through the Institute of Brewing and Distilling and will then earn a certified national credential. With Montana having the second highest number of breweries per capita in the nation, with 9.6 breweries per 100,000 residents and an ever-rising number of breweries across the state, the new program is being well received. [Great Falls Tribune]

Belgrade-based company, Cowboy Cricket Farms Inc, is one of 11 startups in the 11th cohort of Boomtown Accelerator in Boulder, Colorado. Boomtown is a business accelerator that creates programming custom to each founder and business. Besides the onsite program, Boomtown gives $20K to each team and provides business mentors and staff support. The program ends in a Demo Day where each team pitches to investors and also to the public. The edible insect farm, food manufacturer and technology developer founders, Kathy and James Rolin, will remain onsite for the entirety of the program to grow Cowboy Cricket Farms to the fullest. Other key personnel will remain in Bozeman to continue operations of the business. “Our goal here is to continue the growth of our Partner Farmer program, finish our Automated Bin Habitats, and to grow as a company,” said Kathy Rolin, CEO. According to co-founder James, “We see our potential growth as endless, and we are really excited to be a part of Boomtown and to accelerate that growth.” [Cowboy Crickets]

The lidar system developed by Bozeman-based Blackmore (hiring) was recently highlighted in WIRED magazine. The technological advance has the potential to help self-driving cars see and understand the world around them more easily than before. [WIRED]

Carroll College (hiring) was recently named the best regional college in the West by U.S. News and World Report for the eighth consecutive year. The school received a perfect score of 100 from the report, which rates 1,800 academic institutions nationwide. The college received Best Regional College in the West for Veterans for the fourth year in a row and ranked third for Best Value College in the West. It also topped the list for the new category of Undergraduate Teaching. Carroll faced similarly sized colleges in the regional category, with universities and national liberal arts colleges competing in their own divisions. Other Montana schools fared well on the list including Montana Tech at No. 5, Rocky Mountain College at No. 8 and University of Montana Western at No. 9. [Helena Air]

Several years ago, the State of Montana used HITECH Act funding to begin creating a statewide health information exchange (HIE) called HealthShare Montana, but that effort eventually faltered. Now, the state has redoubled its efforts to create a new nonprofit, Big Sky Care Connect HIE, which will expand on a pilot effort already under way in Billings where Riverstone Health (hiring), Billings Clinic (hiring) and St. Vincent Healthcare (hiring) have begun efforts to exchange health information across networks with the hope of taking the concept statewide. The goal is to have a business plan completed for Big Sky Care Connect HIE by the end of January 2019 so providers who wanted to join could begin expanding out from the Billings pilot by next July or August. [Healthcare Informatics]

The Missoula International Airport has secured an $8.7 million federal grant to help fund a new terminal building, streamline passenger flow, add food retailers and double the number of gates. The airport is just beginning a multi-year initiative to accommodate rapidly increasing passenger numbers, including starting construction on a new three-story, 175-000-square-foot terminal building that should be done by 2021. The entire project could cost as much as $110 million and will be paid by user fees, grants and other sources. Additionally, the City of Missoula is in the process of annexing about 3,200 acres  of airport land to make way for expected development in the future. [Missoulian]